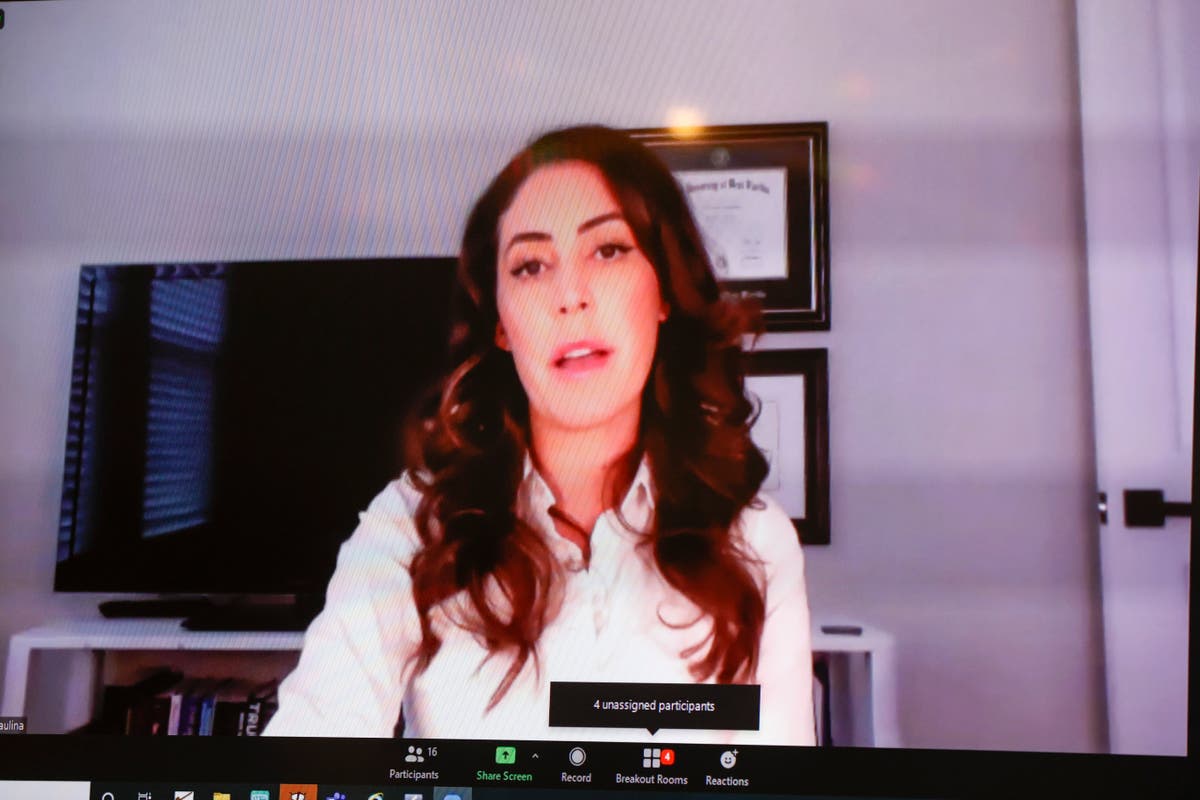 A former political rival of a Republican Florida congressional candidate made repeated violent threats to “take her out,” even claiming he could summon a Russian and Ukrainian hit squad to kill her, according to trial testimony Tuesday.

The civil trial concerns whether a temporary restraining order granted to candidate Anna Paulina Luna should be made permanent, which would prevent 2020 GOP primary rival William Braddock from having contact with her. A friend of Luna’s, Erin Olszewski, also sought a permanent restraining order against Braddock.

Luna testified that she had only brief in-person contact with Braddock at a political event but heard from several acquaintances last spring that he was allegedly making threats to have her killed.

“Mr. Braddock clearly hated my guts and wanted to hurt me,” said Luna, who is an Air Force veteran and media consultant. “I started getting very afraid of him. It was horrifying, and it still is.”

“I think he’s an evil person,” she added. “I think he has definitely emotionally terrorized me.”

Braddock, a former Marine who has denied any wrongdoing, had been running again in Florida’s 13th congressional district this year but dropped out in July citing publicity from the stalking case. He was scheduled to testify later in the trial.

The case is before Pinellas County Circuit Judge Doneene Loar. It was not immediately clear when she would rule on the restraining order.

Luna is a candidate again for the seat being vacated by Democrat Charlie Crist who is running for governor. Former President Donald Trump endorsed Luna on Tuesday, just as he did in her unsuccessful 2020 campaign against Crist.

Olszewski testified Tuesday that she secretly recorded a phone call in June she initiated with Braddock in which he claimed the purported Russian-Ukrainian hit squad would respond quickly if he made a single phone call.

“I was shook. I actually, I had to catch my breath,” Olszewski testified via Zoom. “I never in my life had heard an actual threat like this.”

Olszewski, a nurse and single mother who is active in Republican politics, also said Braddock made veiled threats against her that mentioned her three children if she revealed what he said about Luna.

“It’s scary. I didn’t know what he’s capable of and what he’s done in the past,” she said. “He was very angry. If she would come close to winning, he said he would take her out.”

“His words were it would be close battle contact. That she wouldn’t even see it coming because they would befriend her,” Olszewski said of the murder plan.

Olszewski said she shared the contents of the Braddock call she recorded on an iPad with Luna, and both women called police. No criminal charges have been brought.

Several other witnesses testified about similar communications they had with Braddock regarding Luna. Many of them are connected to a conservative political group called Community Patriots Pinellas, including witness Audra Christian.

She testified about several message exchanges she had with Braddock, including one in which he said, “We cannot let Luna the lunatic win” and another saying he was worried about Luna writing legislation in Congress “because she’s a moron.”

“His verbiage was getting increasingly violent,” Christian testified. “Most men don’t talk like that.”

Another witness, Arthur Mackwell, said Braddock told him he had watched people come and go from Luna’s home in St. Petersburg. “It was very concerning,” he said.

In 2020, Luna lost by about 24,600 votes to the far better-known Crist in the District 13 congressional race. Crist previously was Florida governor as a Republican and has held or run for several other elected posts.

Luna is challenged in the GOP side by Amanda Makki, a former Washington lobbyist who lost the primary to Luna in 2020, and two other lesser-known candidates.