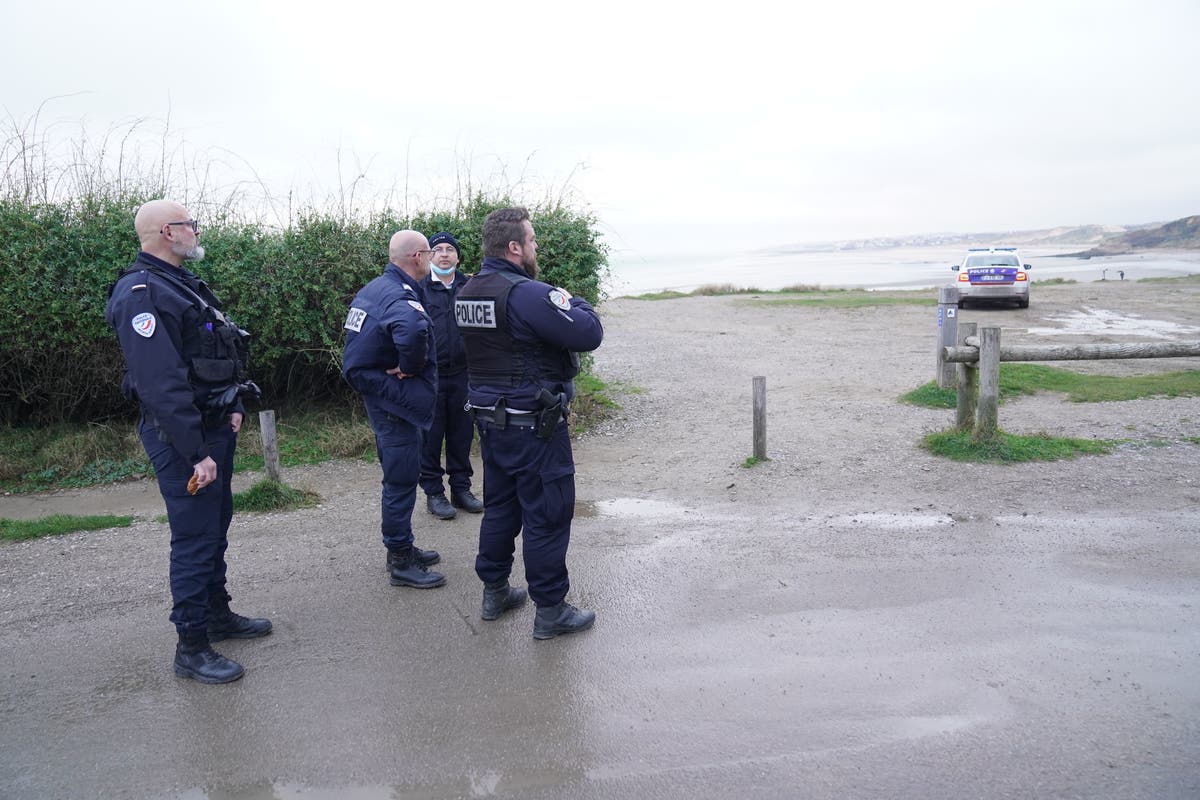 Five people have been arrested in connection with the sinking of a boat in the English Channel that killed at least 27 migrants, France’s interior minister has said.

Authorities said on Wednesday, the day the shipwreck happened, that four suspected people smugglers had been arrested.

Gerald Darmanin, the interior minister, announced a fifth arrest on Thursday morning. He told RTL radio station it had taken place the night before. He also accused the smugglers of promising an “El Dorado” to those desperately trying to get to the UK.

He called the shipwreck which killed at least 27 people a “total tragedy”.

Authorities in Lille have said 17 of the victims were men, seven were women and three were children.

Mr Darmanin told RTL that two survivors – one from Iraq and another from Somalia – were found in a state of hypothermia and had received treatment.

He added that the nationalities of the other victims are, as yet, unknown.

Mr Darmanin went on to explain how there were pregnant women onboard the boat, as well as a number of children who died.

The interior minister explained that since the start of 2021, 7,800 people had been saved from the Channel by the French authorities.

He said that the conditions in the Channel were “extremely difficult” because of the cold, as well as it being a particularly popular shipping route to the North Sea.

This made is very hard to save people from French waters, he disclosed.

Since the start of the year, 1,500 people smugglers have been stopped by the French police, but Mr Darmanin suggested that more needs to be done to coordinate the response across Europe.

“People traffickers buy boats in Germany […] with cash,” he said, adding the people smuggler who was stopped on Wednesday night had a boat which possessed a German number plate.

He went on to say that France knew the “mafia organisations” responsible, saying that ”unfortunately” these organisations are “international”, “have a lot of money” and use “encrypted telephones” to communicate amongst themselves.

The news comes as around 40 more people attempted the journey across the Channel on Thursday morning, just hours after the tragedy which saw 27 people die.

COP26 was a flop but there is still hope