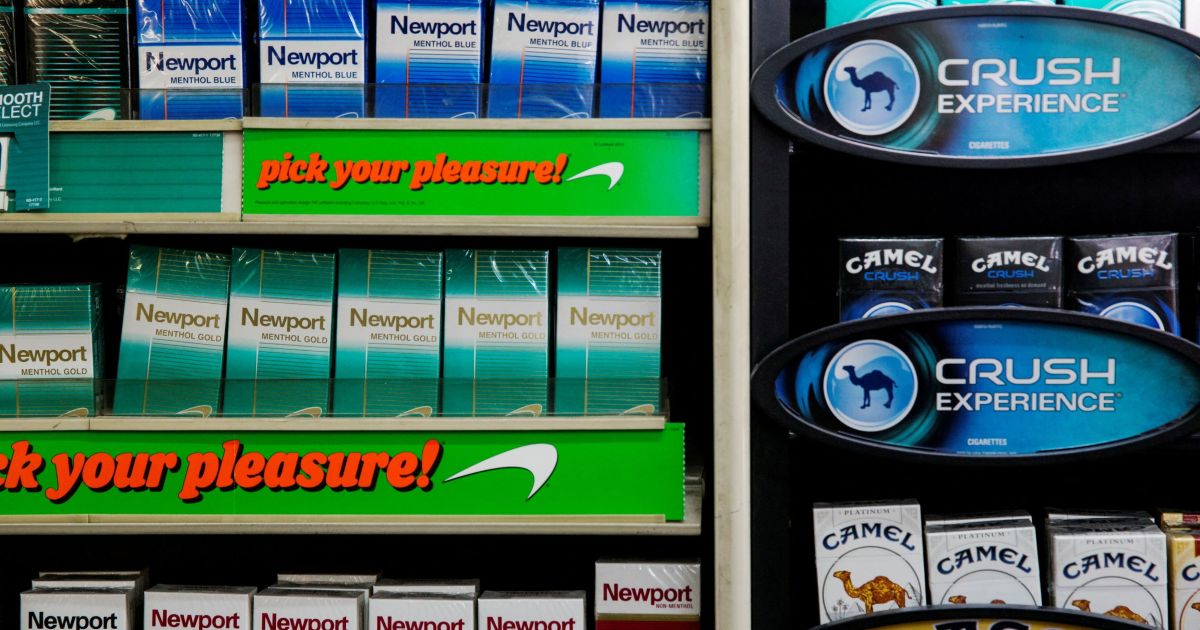 The Biden administration’s historic US proposal still needs to be finalised, and could take years to implement.

The United States Food and Drug Administration on Thursday issued a long-awaited proposal to ban menthol cigarettes and flavoured cigars, a major victory for anti-smoking advocates but one that could face stiff opposition from Big Tobacco.

The historic proposal from the administration of US President Joe Biden – which comes a year after the agency announced the plan – still needs to be finalised and could take years to implement.

For decades, menthol cigarettes have been in the crosshairs of anti-smoking groups who have argued that they contribute to disproportionate health burdens on Black communities and play a role in luring young people into smoking.

Menthol cigarettes, banned in many states including California and Massachusetts, account for more than a third of the industry’s overall market share in the US, even as overall smoking rates have been declining in the country.

“Today is a huge win for equity, justice, and public health concerns,” Derrick Johnson, president of the National Association for the Advancement of Colored People, the largest US civil rights organisation, said in a statement.

There were more than 18.5 million menthol cigarette smokers ages 12 and older in the country in 2019, with particularly high rates of use by youth, young adults, and African American and other racial and ethnic groups, the agency said.

The US agency said modeling studies have estimated a 15 percent reduction in smoking within 40 years if menthol cigarettes were banned.

The public can submit their comments through July 5 from May 5, and the agency will decide whether to issue a final ruling after reviewing them.

“We believe harm reduction, not prohibition, is the better path forward,” Altria said, adding that pulling these products out of the legal marketplace will push them into unregulated and criminal markets.

The American Civil Liberties Union and some other groups have also opposed the move, raising concerns that a ban will disproportionately impact Black and brown communities.

While Jefferies foresees a ban happening, the brokerage does not expect it to take place until 2026 at the earliest. It added that BAT can weather the impact even though over 30 percent of its overall group profit comes from US menthol.

BAT said that evidence from other markets, including Canada and the European Union where similar bans have been imposed, demonstrate little impact on overall cigarette consumption.

Thursday’s announcement has no near-term bearing on the ability to manufacture, market, sell or consume flavoured cigars or menthol cigarettes, Imperial said. “We believe that any final implementation, if it comes, is several years away.”

Civil defence is trending in Taiwan after Ukraine war