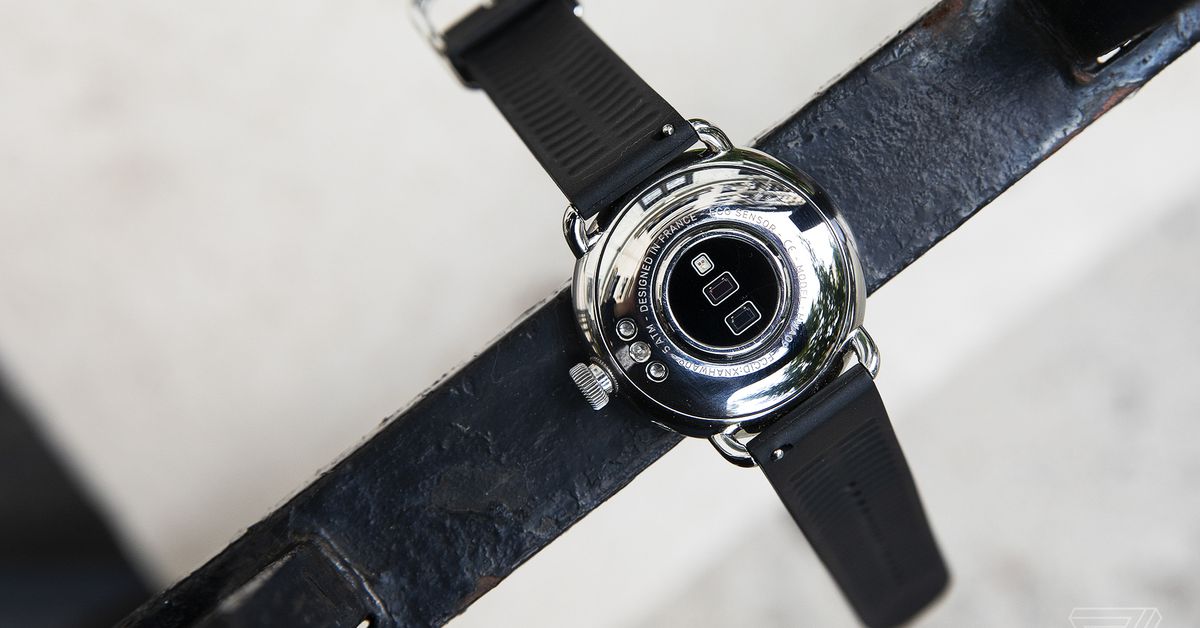 After over a year in limbo, Withings finally has Food and Drug Administration clearance for its ScanWatch, which monitors for abnormal heart rhythms through an EKG feature and flags nighttime breathing issues with its blood oxygen sensor. The watch has been available for sale in Europe, but not in the United States.

This is the first smartwatch to get the FDA’s signoff on both types of health features. Apple, Fitbit, and Samsung all detect blood oxygen levels, but they don’t claim they can detect any medical conditions using that information, so they didn’t need to get the agency’s clearance in order to market the devices. Withings, on the other hand, is claiming that its device can flag nighttime breathing problems through a combination of blood oxygen levels, heart rate, and movement. Those breathing problems can be a sign of chronic obstructive pulmonary disease and sleep apnea, the company said in a statement.

Withings says its health features have been tested in clinical studies. One tested the EKG feature — the results from that study are not published, but the company said that it showed the feature was accurate and that it returned inconclusive readings one-fifth of the time. Its evaluation of the pulse oxygen feature, published in the Journal of Medical Internet Research, found that the readings from the ScanWatch matched up with the readings from a standard pulse oximeter. The study included 14 people with a variety of skin tones between the ages of 23 and 39 who didn’t have any medical problems.

The company also has an ongoing trial testing whether the ScanWatch can diagnose sleep apnea.

Other smartwatch companies are pursuing sleep apnea features, as well. Fitbit has been working on a similar feature for years and told Gizmodo in early 2020 that it was planning to file for FDA clearance “soon.” Apple is also reportedly working on the Apple Watch’s sleep and blood oxygen features with the goal of detecting sleep apnea.

Sleep experts say that they’re excited about the potential for smartwatches to help detect conditions like sleep apnea, which often goes undiagnosed. But watches only track a few of the measurements doctors typically use to diagnose the condition, and for now, experts say they aren’t reliable enough to stand alone. They’re more useful as an initial screener, Seema Khosla, medical director of the North Dakota Center for Sleep, told The Verge.

Withings says the ScanWatch will be available in the US starting in early November.