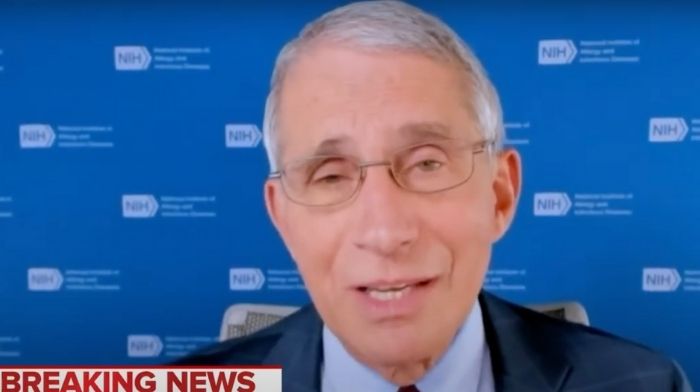 During an appearance on Fox News on Friday, National Institute of Allergy and Infectious Diseases head Dr. Anthony Fauci fired back at Republicans who have been criticizing him lately.

Host Neil Cavuto asked Fauci about Senator Marco Rubio (R-FL) saying that his job is “not to mislead or scare us.”

“I don’t know how to answer that without sounding hostile. Because I’m not,” Fauci responded, adding that he’s not trying to scare people, and is only trying to make recommendations based on science.

Cavuto then asked about Senator Lindsey Graham (R-SC) demanding that Fauci go to the border to see “the biggest super spreader event in the nation – President Joe Biden’s immigration policies.”

“You know, Neil, I’ve become, for some reason or other, a symbol to them of what they don’t like about anything that has to do with things that are contrary to them, anything outside of their own realm,” Fauci replied.

Related: Meghan McCain Reveals Why She Doesn’t Trust Dr. Fauci – ‘I Don’t Think That He Is An Unbiased Actor’

“It’s a little bit bizarre, I would say,” he added. “What Lindsey Graham, who I like, you know, he’s a good person. I dealt with him very, very well over the years. You know, equating me with things that have to do at the border. I have nothing to do with the border. Peter Navarro saying I created the virus?  Think about that for a second. Isn’t that weird? Come on.”

“I think what Lindsey Graham was saying, because of the COVID spread at the border with all of these thousands that have been crammed in there that maybe someone with your expertise should be down there to monitor how worrisome the situation is,” Cavuto responded. “Do you think it’s a worrisome situation? Do you think it could be a super spreader event?”

“I mean, obviously it’s a very difficult situation at the border,” Fauci replied. “We all know that. The administration is trying as best they can to alleviate that situation. I mean, you’re having me at the border. That’s not what I do.”

“You know what I do. I develop vaccines,” he explained. “I develop countermeasures. Having me at the border, I don’t know why saying I should be at the border any more than someone who has experience in those types of things.”

“Nobody is denying that it is not a difficult problem at the border. I was just a little bit concerned when people equate what I do with the border,” Fauci added. “I mean, I don’t know the reasons for the animus. I’m really not quite sure.”

Related: Fauci Falters As He Struggles To Explain Downward Trend In Texas With Relaxed Masking And Social Distancing

“And quite frankly, Neil, I’m so busy trying to do some important things to preserve the health and the safety of the American people that I can’t be bothered with getting distracted with these people that are doing these ad hominems again,” he said.

“It really doesn’t bother me. You brought it up,” Fauci concluded. “It’s one of those things that, you know, if they want to do that, let them do it. I have more important things to do than worry about that.”

This piece was written by James Samson on April 3, 2021. It originally appeared in LifeZette and is used by permission.

Read more at LifeZette:
McCarthy Nails Down Another GOP House Seat
McCarthy Addresses Allegations Against Gaetz – ‘We Would Remove Him From Judiciary Committee’ If They’re True
Biden Poll Numbers Dropping

ITALIAN officials are probing whether mafia gangsters are redirecting Covid jabs to their corrupt pals rather than the country’s vulnerable.

Notion a ‘woman’s place’ is in the home is back in an ‘aggressive way’, director of UN Women warns

Pete Buttigieg To Reluctant Evangelicals: ‘Maybe A Vaccine Is Part Of God’s Plan’

Ntamack kicks Toulouse past Clermont and into semis

Donald Trump thinks the coronavirus vaccine should be called ‘Trumpcine’

The best alarm clock to use instead of your phone