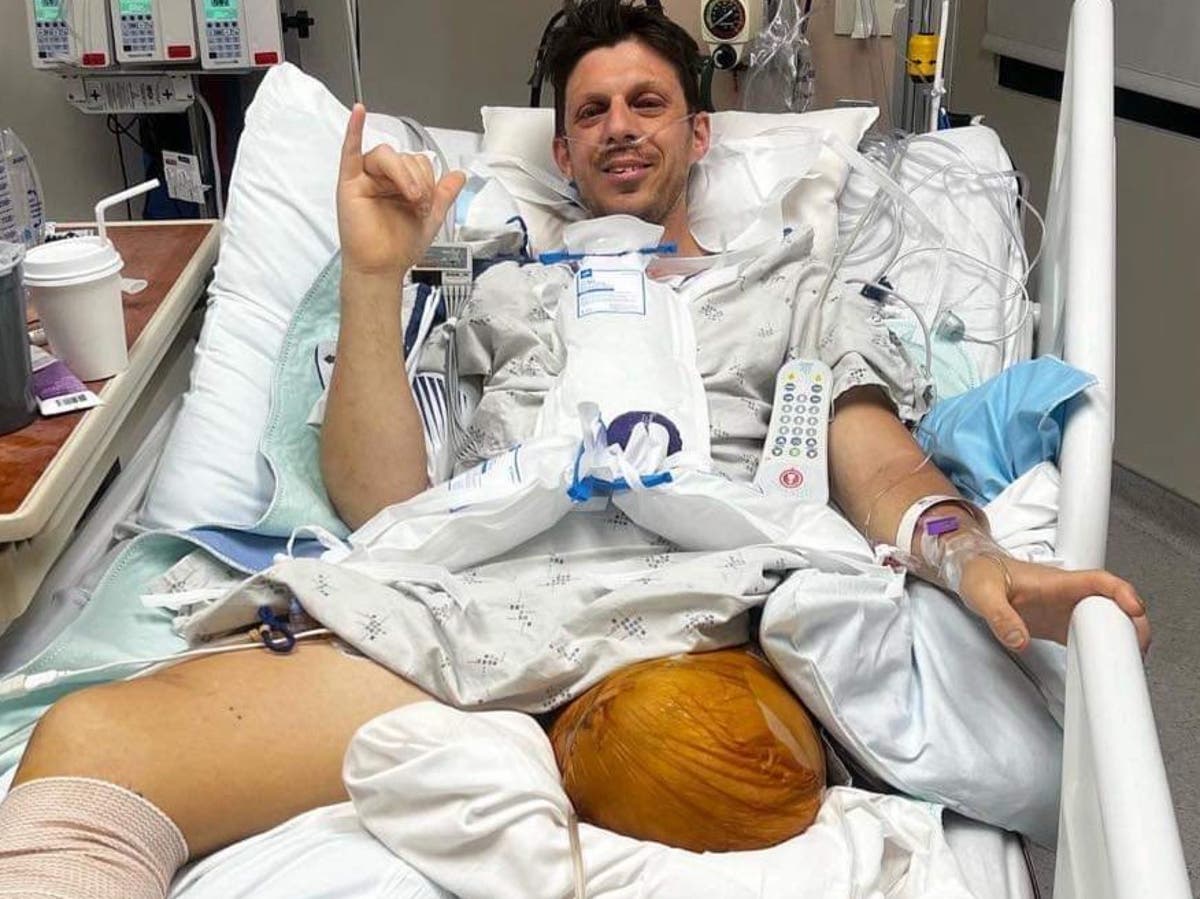 A father lost both his legs after shielding his daughters from a snow blower as they were on their way to skiing lessons at a resort in California.

The accident took place in the morning of 15 December at Mammoth Mountain in Northern California when Dave Miln and his daughters Isla, 3, and Anna, 1, “had a traumatic life changing interaction with a Mechanical Road Snow Blower,” according to a description on a GoFundMe fundraiser organised by Tsen Bogan.

Mr Miln’s “actions ultimately saved the lives” of his daughters by “keeping Anna under his body and doing his best with Isla,” who “still entered the machine”.

The father is veteran of the Australian Defence Force and the family had been living in San Diego, California, according to People magazine.

Mr Miln’s wife Clare made “split-second decisions that saved her family’s lives” the GoFundMe page stated. She was taken to hospital with the young girls.

Christina Ackerman of the Mammoth Lakes Police Department told the magazine that they responded to a call at 9.08am.

The father “spent over an hour in the machine until rescuers were able to free him” and take him to a hospital, “remaining conscious” during the entire ordeal.

Mr Miln had to have both his legs amputated as a result of the accident – “above the knee of the left and below the knee on the right”.

He also broke both his femurs, several of his lower vertebrae, a sacral, as well as three ribs. During the course of three weeks, he had 10 surgeries, with many more to come.

“Many will be happy to know Dave still maintains his dark sense of humor and razor-sharp wit!” GoFundMe said.

Isla broke bones in both legs and injured her pelvis, in addition to other wounds. She has had three surgeries and more may be coming, but she’s expected to fully recover.

Mr Miln has been taken by medical transfer to Sydney, Australia, where he remains in hospital.

The daughters and Clare has also gone back to Sydney “where Isla is attending medical appointments several times a week”.

“This life changing incident means the Miln’s ‘California Dream’ has come to an early end,” the GoFundMe said.

The fundraiser said the costs coming up for the family “may include things like vehicle modifications for Dave, household equipment and modification and other bits and pieces that Dave will need in adapting to his disability”.

“Please understand that anything we can collect isn’t towards medical costs, they are covered by Defence, but Defence is unable to directly fund all the bits and pieces we take for granted in daily life,” the GoFundMe stated.

In an update on 21 January, the organiser wrote that Mr Miln had another surgery the previous day “to get the sutures in his right leg removed”.

“Isla underwent some more emergency surgery recently and is currently recovering at home with Clare and Anna,” the GoFundMe said.

“Isla is still in her wheelchair but appears to be slowly getting back to her old self smiling more and asserting herself a little more. She is such a strong and brave girl,” a 16 January update said. “Anna is doing her best to be…a little sister who knows her sister can’t chase her…for now.”

The organiser shared an image of Mr Miln alongside his brother and father, writing “clearly their dream of matching shirts brings a huge grin to their faces”.

Timeline of political relations between Sweden and Turkey