AN extreme body modification couple tie themselves together with hoodie strings through their noses to show their love.

A photo shows the couple lying face-to-face with the man holding the string that has been threaded first through his nose and then hers.

The picture was posted on Reddit alongside a previous one of them in the same pose with the caption “When we first met vs now”.

The photo seems to have gone down well with other body modification fans with one saying “you guys are beautiful” while another says “amazing”.

The woman, who goes by the name devotchka666, has also posted a video on Tik Tok showing her threading a piece of string through their noses.

At the end, she ties a knot as the couple laugh and turn to face the camera.

Despite unique method of expressing their love, the couple still have a way to go match Victor and Gabriela Peralta.

They hold the world record for having the most number of body modifications, with 84 between them.

Both Victor and Gaby love body art and their nickname is the “cherubs of hell.” 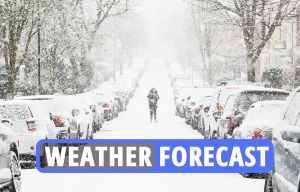 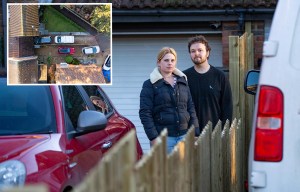 Among their favourite body modifications are their eye tattoos, and their implants.

Victor began altering his physical appearance in 2009 and now calls himself now refers to himself as the “beautiful monster”.

That’s because in total, 95 per cent of his body including his eyeballs and the top of his penis, is completely covered in tats.