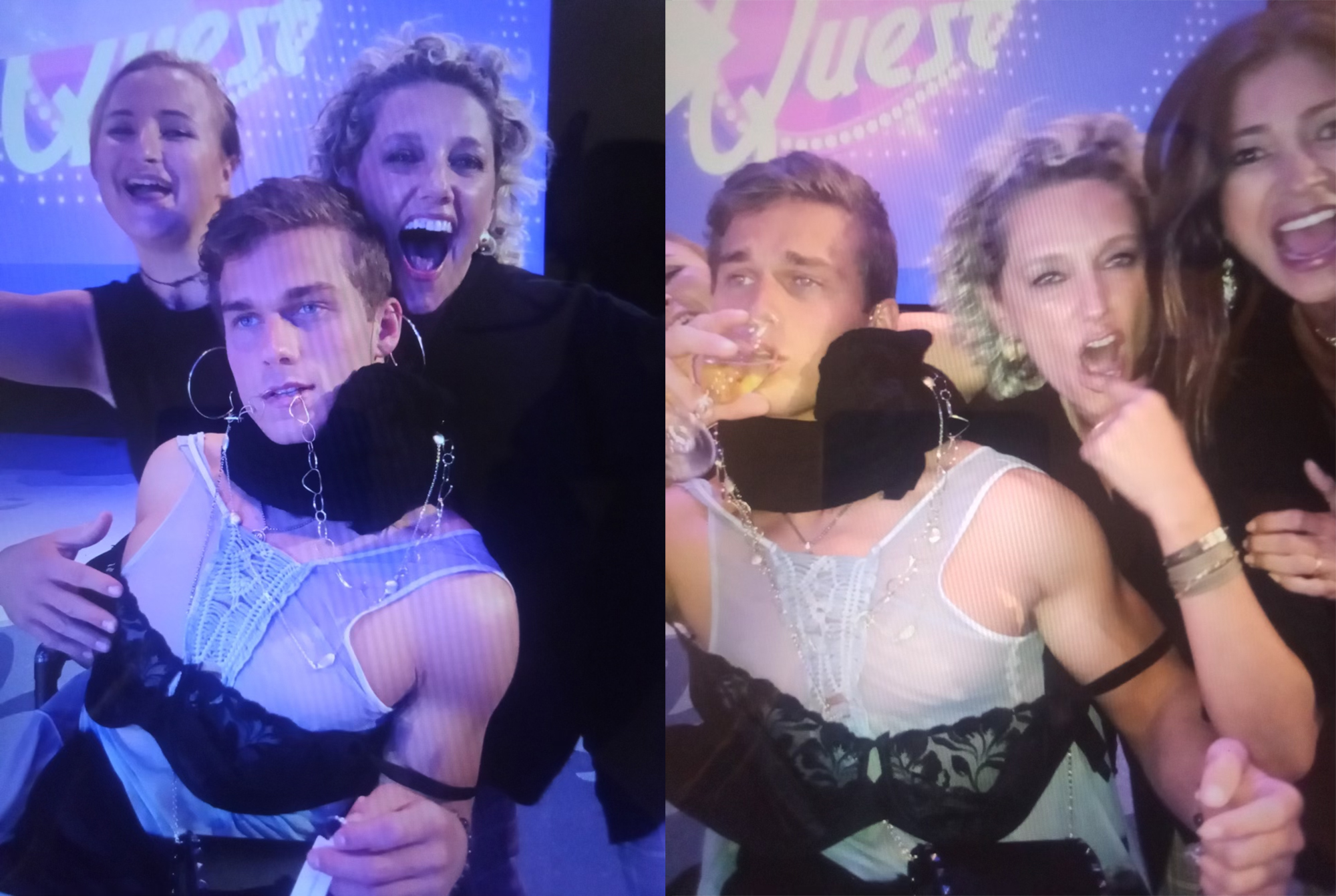 Cawthorn, who was paralyzed from the waist down as a passenger in a car accident in Florida in 2014, in recent months has called Ukrainian president Volodymyr Zelenskyy a “thug,” suggested teetotaling Speaker of the House Nancy Pelosi has a drinking problem, and racked up a collection of traffic transgressions including speeding, driving with expired tags and driving with a revoked license. He has court dates in May and June.

POLITICO could not independently verify the photos, which are screenshots of original images. They were provided to POLITICO by a person formerly close to Cawthorn and his campaign. A second person formerly close to Cawthorn and his campaign confirmed the origin of the photos. The date the photos were taken is unclear, though they appear to show Cawthorn sitting in a wheelchair, indicating the event happened after his accident. In the photos, he is wearing a distinctive pendant necklace that has appeared in other images and videos of Cawthorn. The photos have started to circulate among political rivals.

Cawthorn spokesman Luke Ball did not respond to multiple requests for comment.

After this story published, Cawthorn tweeted that the photos were taken of him during a game on a cruise before he was elected to Congress. “I guess the left thinks goofy vacation photos during a game on a cruise (taken waaay before I ran for Congress) is going to somehow hurt me? They’re running out of things to throw at me… Share your most embarrassing vacay pics in the replies.”

“I was raised on Proverbs and pushups,” Cawthorn said in a podcast in September 2020.

“I subscribe to Judeo-Christian beliefs,” he continued. “I have a personal relationship with Jesus Christ. I think if you think about my political ideology, where it really stems from, you know, my ethics and my morals and what I think is right and wrong, you look to ancient Jerusalem, you got ancient Judeo-Christian values. So right and wrong,” he continued. “I also cling to a lot of traditional values and a lot of traditional ideas, because they’ve worked in the past.”

“I think that we have bred a generation of soft men and that generation has created a lot of problems in our society and our culture,” he said in March 2021 on a podcast “designed to reclaim and restore masculinity in a society that is ever more dismissive of what it means to be a man.”

“There’s only one God and two genders,” he said in a tweet earlier this week.