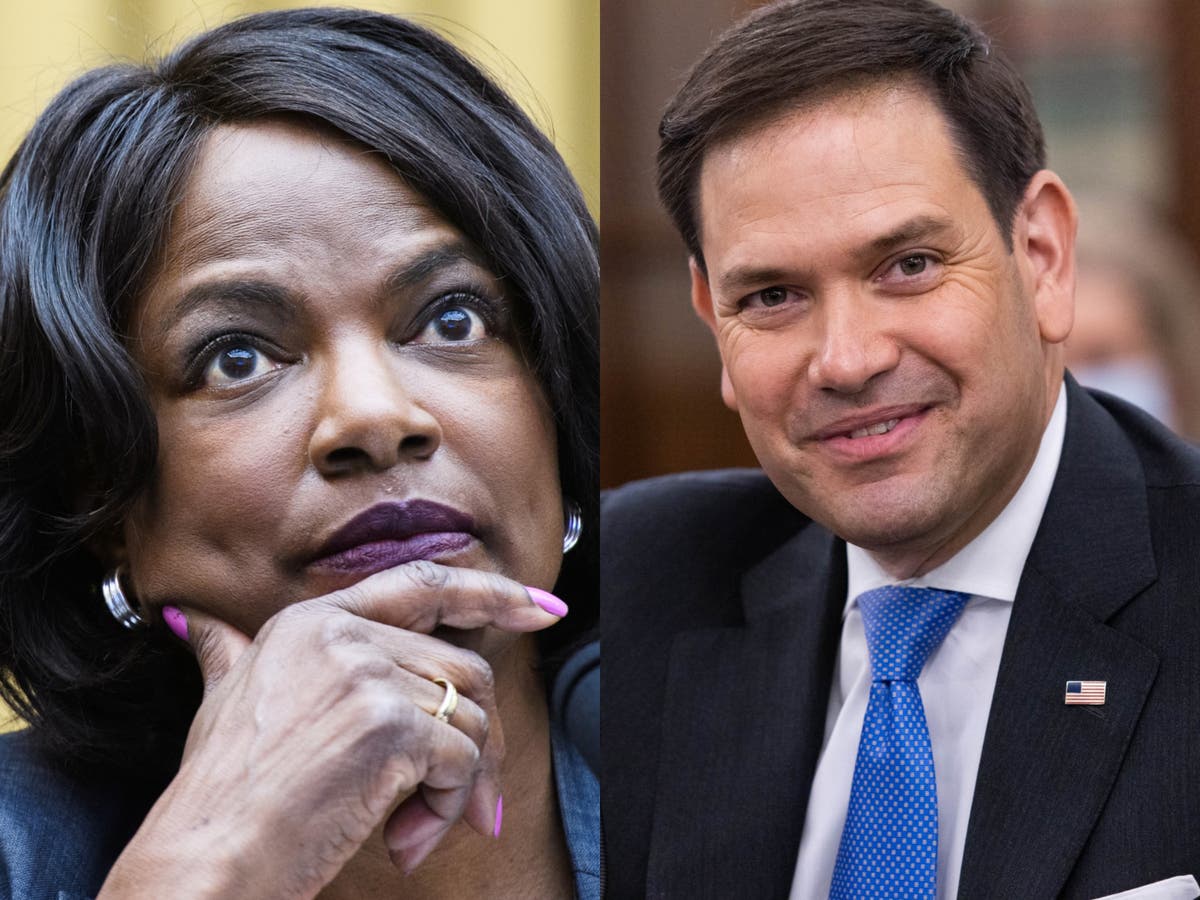 The Florida Democratic congresswoman posted a picture of herself in uniform as the Orlando chief of police, with a somewhat quizzical expression on her face, in response to the accusation from Mr Rubio.

“No matter who wins the Democratic Senate primary in Florida my opponent will be a far left extremist,” Senator Rubio, a Republican, had written on Twitter.

Ms Demings, who had a 27-year law enforcement career with the department before being elected to the House of Representatives, did not feel the need to add a caption to the picture.

A rising Democratic star who has been strongly tipped to win the party’s primary and challenge Mr Rubio, she has reportedly already raised $1m.

Ms Deming’s saw her national profile increase when she made the shortlist as a potential candidate to become Joe Biden’s vice president pick.

And in February she acted as one of the House impeachment managers during Donald Trump’s historic second impeachment trial in the Senate.

Mr Trump won Florida in both presidential elections and its two Senate seats are held by Republicans.

With the US Senate tied at 50-50 the 2022 fight for Mr Rubio’s seat is sure to be one of the most high profile and expensive races of the election cycle.

In her announcement to run on Wednesday, Ms Demings took shots at both Mr Trump and Mr Rubio.

She called Mr Trump a “lawless president.” Then she took aim at Senator Rubio.

“There are some in Washington who prefer the same old tired ways of doing business, too tired to fight the efforts to suppress the people’s vote. They fall back to tired talking points and backwards solutions,” she said.

If Ms Demings was to win the election she would become just the third Black woman to sit in the Senate, after Carol Moseley Brown of Illinois and Kamala Harris of California, who left the upper chamber to become the first female vice president.