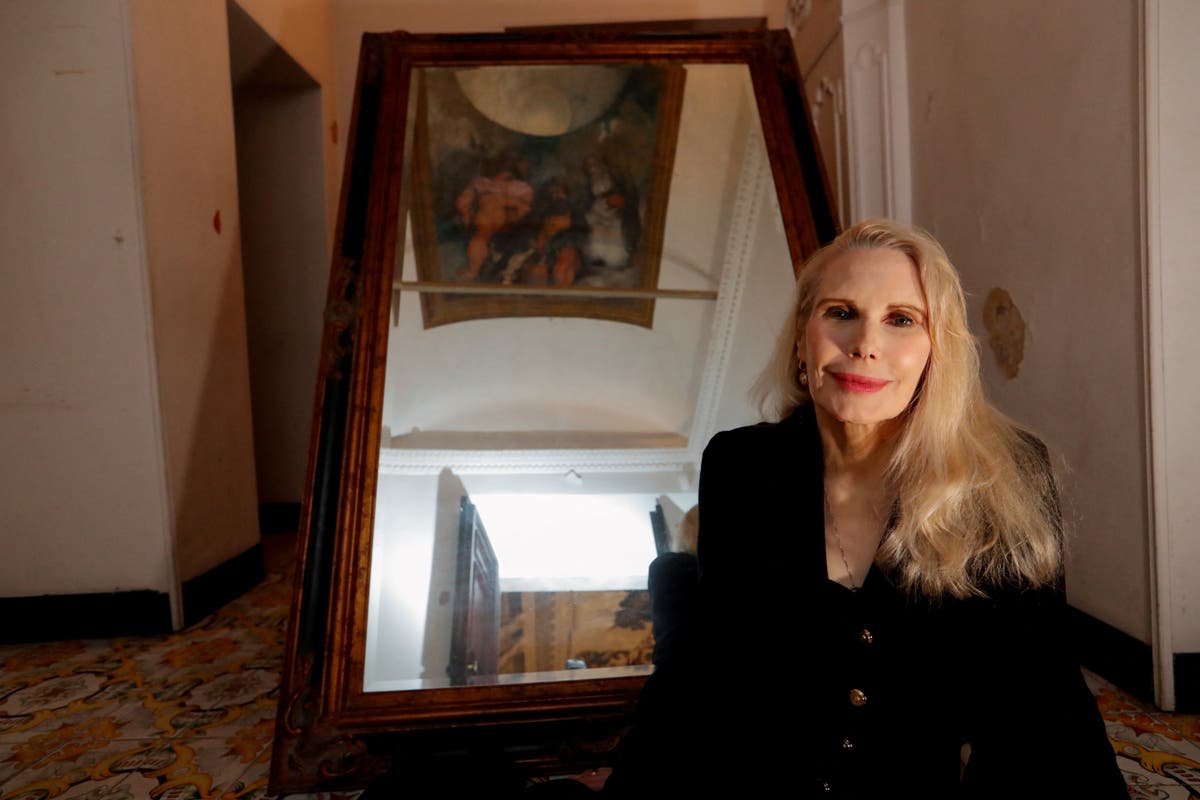 A Texas-born Italian princess is vowing to fight a court order to vacate her 16th Century Roman villa, which features the world’s only known Caravaggio ceiling mural valued at $335m.

Princess Rita Jenrette Boncompagni Ludovisi, 73, was served with a 60-day notice to leave the Casino dell’Aurora last week, the latest chapter in a years-long inheritance feud with her late husband’s three sons.

Ms Boncompagni Ludovisi, a former actress, told Reuters she was “stunned” at being ordered to vacate her home and would appeal the decision.

The Casino dell’Aurora, located in central Rome, was built on the Julius Caesar’s ancient gardens of and features artworks by renowned Italian artists, such as Guercino and Caravaggio’s Jupiter, Neptune and Pluto.

If sold, the proceeds would be divided between her and her late husband’s sons.

The Italian royal’s sons disputed the terms of his will, and have been involved in a drawn-out legal dispute ever since.

The villa has since fallen into a state of disrepair, and an Italian court ordered its sale to resolve the inheritance dispute with Prince Nicolò’s sons.

It failed to sell at an online auction in January 2022, after court-appointed experts placed a minimum bidding price on the villa of $380m (350 million euros).

After the collapse of an outside wall at the property forced the closure of a neighbouring street, a judge ruled that the property was not being properly maintained and issued the eviction order, according to La Repubblica.

Ms Boncompagni Ludovisi told Reuters she believed she may have got offside with the courts after offering unauthorised paid tours of the property to help with the maintenance costs.

According to the Associated Press, the villa was built in 1570, and had belonged to the Ludovisi family since the early 1600s.

A previous listing on the Rome tribunal’s auction describes it as a “monumental property”across six levels which is “among the most prestigious architectural and landscape beauties of pre-unification Rome”.

Ms Boncompagni Ludovisi has lived in the villa for 20 years, telling the Guardian in a recent interview that she has dedicated “all my time and resources” to it.

Prior to marrying her Italian prince, Ms Boncompagni Ludovisi had worked in television and real estate in New York, and helped broker Donald Trump’s 1998 purchase of the General Motors building in 1998, according to Forbes.

Ms Boncompagni Ludovisi did not immediately respond to a request for comment by The Independent.

Opinion: How ‘The 1619 Project’ reveals democracy’s only hope for the future

Eight wounded in shooting at MLK event in Florida, US