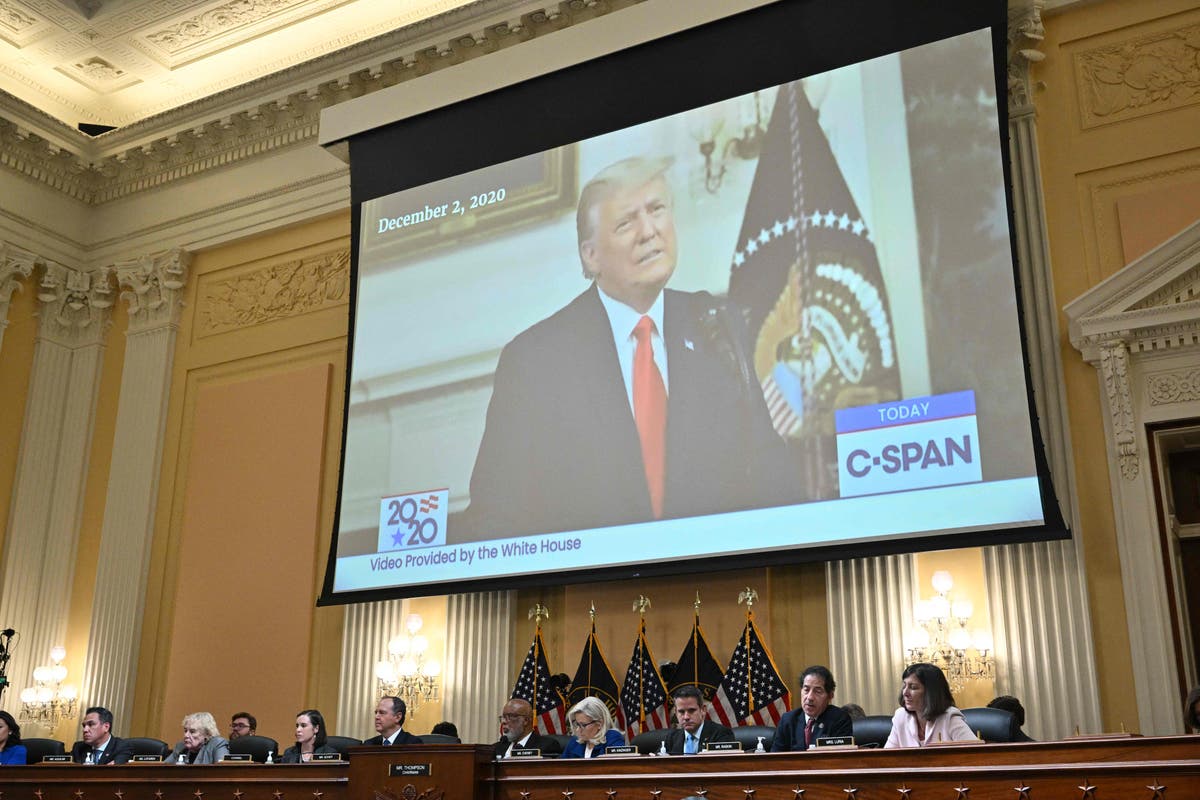 Fox News analysts have said evidence from the January 6 House select committee showed Donald Trump’s “unfitness” to lead the country and that he may be guilty of a crime.

Analysing the fourth hearing by the panel investigating the Capitol insurrection, former assistant US attorney Andy McCarthy told Fox News host Anita Vogel when asked if the panel was trying to charge the former president with “conspiracy to defraud the United States”.

“No, I don’t think so, I think the most plausible crime is obstruction of Congress,” Mr McCarthy replied.

He said the committee was “relying heavily on the opinion of a federal district judge in California, David Carter, a Clinton appointee who once ran for public office as a Democrat, a lot of bombastic rhetoric in that opinion, not surprising they are relying on it.

He argued: “What I would just say is that if you had a different perspective being presented here, I don’t think that would be very helpful to President Trump, per se, because the evidence pretty clearly shows his unfitness.”

“It even suggests that he may be guilty of a crime, maybe, maybe not, there are arguments on both sides, but I would highlight here is the plausible gap, a scheme that attacked every tier of government versus how likely it was to succeed,” he added.

It came as Fox News walked back on its previous plans of not airing the primetime hearings which made it the only major American outlet to not air the hearings for a short while.

The conservative channel did not air the first hearing live, but joined other networks for the subsequent ones.

“If you knowingly make statements you know aren’t true and they’re proven untrue and yet you still make the statements – maybe because you’re totally and personally convinced you’re on the right and they’re on the wrong – at what point does that cross a constitutional line and maybe a legal one?” he asked legal expert Thomas Dupree on the discussion panel.

“Tom, you’re a lawyer and a great one,” Cavuto began. “And I’m not, but this just seems to make Donald Trump look awful. Just awful.”

Mr Dupree, who earlier served in the Justice Department under George W Bush, said Mr Trump could be in legal trouble and that he can cross a “legal line if you’re making those false statements in conjunction with the certification of an election or you’re trying to corrupt the count or things of that nature”.

Tuesday’s hearing focused on Mr Trump and his legal team’s efforts to pressure lawmakers and state officials in Georgia and Arizona to halt the certification of Joe Biden’s victory and appoint Trump-voting electors to flip their respective states’s electoral college votes in his favour.

At least eight dead after a massive explosion destroyed a hotel in Havana, Cuba