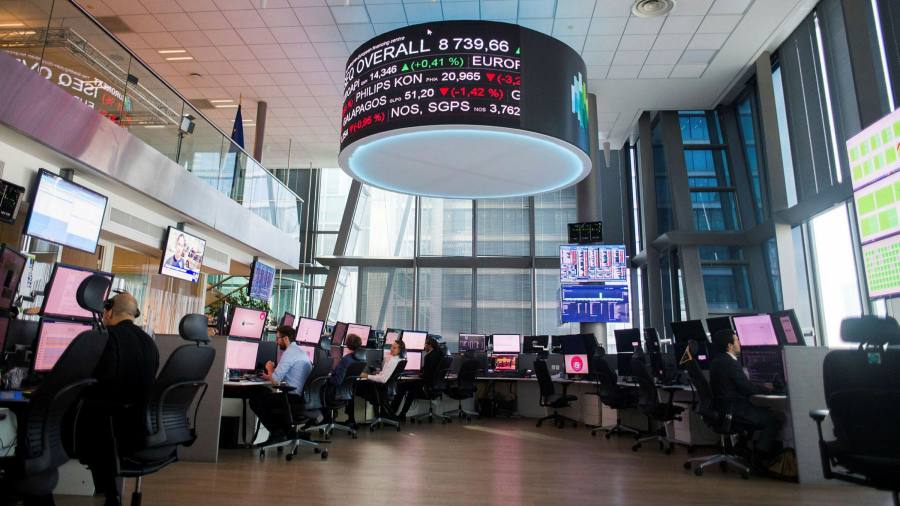 Europe’s Stoxx 600 share index added 0.6 per cent in early dealings, after rising on Monday but still closing down almost 17 per cent for the year. A FTSE index of Asian stocks outside Japan added 1.3 per cent while the Topix in Tokyo closed 2.1 per cent higher.

Futures markets implied Wall Street’s S&P 500 equity benchmark, which has fallen more than a fifth from its January peak, would gain 1.4 per cent at the New York opening bell. US markets had been closed on Monday for a holiday.

As analysts debated whether the equity market downturns had further to run, US government debt came under pressure on prospects of further aggressive monetary policy tightening by the Federal Reserve.

He cautioned, however, that “there’s still a lot of negative sentiment out there” as investors remained nervous about the next quarterly earnings season showing inflation had reduced consumer demand and companies’ profits.

The FTSE All-World index, a gauge of emerging and developed market equities, fell by the most since March 2020 last week, with a 5.7 per cent decline.

That came after the Fed raised its main interest rate by 0.75 percentage points, in its first such move since 1994. Fed governor Christopher Waller then expressed support for another 0.75 percentage point rise in July, describing the central bank as “all in on re-establishing price stability”, after US inflation hit a fresh 40-year high in May.

Money markets predict the Fed will lift its funds rate to more than 3.6 per cent by December and a majority of economists surveyed for the Financial Times see the world’s largest economy tipping into recession next year.

Meanwhile, on Thursday, global purchasing managers’ surveys will offer clues on companies’ order volumes, hiring plans and how they are dealing with rising food and fuel costs caused by Russia’s invasion of Ukraine and supply chain glitches exacerbated by China’s coronavirus lockdowns.

“There is already plenty of actual, not merely forecasted, economic weakness,” said Tan Kai Xian of research house Gavekal. “The housing construction sector is hurting badly and the likes of manufacturing and retail are also starting to soften.”

A return to risky assets reduced traders’ demand for dollars on Tuesday, however. The dollar index, which measures the US currency against six others, dipped 0.4 per cent lower although it remained near its year-to-date high, reached last week.

Brent crude, the oil benchmark, rose 0.7 per cent to $114.93 a barrel, having advanced almost 50 per cent since the start of this year.

The cold call is back and worse than ever

Talent war in the funds industry is driving a ‘great negotiation’