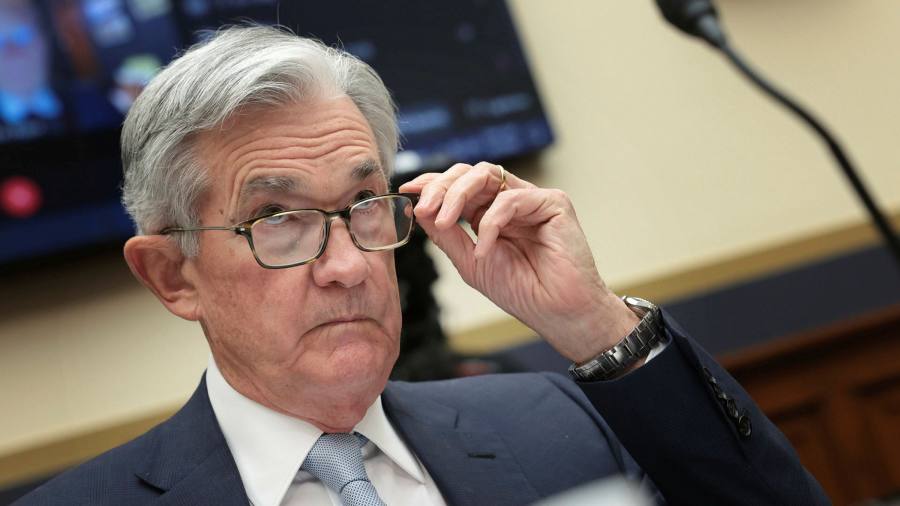 European equity markets kicked off Monday’s session on a muted note, following the sharpest weekly decline for global stocks since the pandemic-driven ructions of March 2020.

As traders looked ahead to economic data and a congressional appearance by US Federal Reserve chair Jay Powell that may highlight the US central bank’s determination to battle inflation with rate rises, the regional Stoxx 600 share index ticked up 0.1 per cent.

London’s FTSE 100 added 0.3 per cent and Germany’s Xetra Dax rose 0.2 per cent, following a mixed session in Asia and with US markets closed for a holiday.

The FTSE All-World index, a gauge of emerging and developed market equities, had dropped by the most since March 2020 last week, with a 5.7 per cent fall. US equities also suffered their heaviest weekly fall since the outbreak of the coronavirus pandemic.

The share declines were driven by an increasingly gloomy global market outlook, as the Bank of England and the Swiss National Bank followed the Federal Reserve in raising interest rates last week in efforts to tackle soaring inflation.

“I think we are in between two corrections on global stocks,” said Francesco Sandrini, head of multi-asset strategies at Amundi.

“The first 20 per cent of the equity market collapse was because of valuations,” he said, referring to how higher interest rates lower the net present value of companies’ future profits in investors’ models.

“We may see an additional 10 per cent [drop] related to earnings, reflecting continued inflation and because of the increased risk of recession.”

On Thursday, global purchasing managers’ surveys will offer insights into how companies worldwide are dealing with higher fuel prices and supply chain disruptions caused by Russia’s invasion of Ukraine and Chinese coronavirus lockdowns.

Powell will testify to Congress on Wednesday and Thursday after the world’s most influential central bank raised its main interest rate by 0.75 percentage points last week — its first rise of such magnitude since 1994.

On Saturday, Fed governor Christopher Waller expressed support for another 0.75 percentage point rise in July. The annual pace of US consumer price inflation rose to a fresh 40-year high of 8.6 per cent in May, with Waller commenting that the central bank was “all in on re-establishing price stability”.

The euro rose 0.1 per cent against the dollar to $1.05, looking through potential instability caused by French president Emmanuel Macron losing his majority in France’s National Assembly. Brent crude, the oil benchmark, slipped 0.2 per cent to $112.84 a barrel.

IBBI amends rules, creditors may get power to remove liquidator under IBC