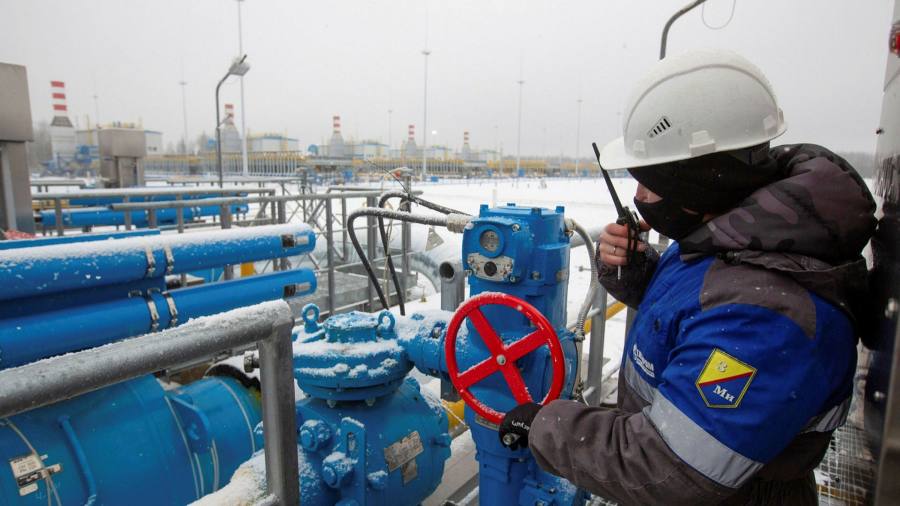 The writer is an energy analyst and author of ‘The Prize’ and ‘The New Map: Energy, Climate and the Clash of Nations’

Among Vladimir Putin’s many miscalculations was his expectation, before the invasion of Ukraine, that Europe’s dependence on Russian energy was so great that its response would be muted, limited to little more than protests. That’s hardly proved to be the case as even Germany is now sending arms to Ukraine.

This week Putin tried to apply Russian energy muscle directly, cutting off gas to Poland and Bulgaria because they won’t play his rouble game. The effort has fallen flat. Both countries have adequate alternatives.

Still, it serves as a warning that Moscow may seek to use the energy weapon against Europe. Putin believes he holds that capability. A “replacement” for Russian gas, he said this month, “simply does not exist”. Rather than trying to analyse whether it will happen, Europe needs to prepare for the possibility. Yet whatever Putin does in the next month or two, the energy weapon is going to turn into a boomerang. For the ultimate target will be Russia itself.

For half a century, Russia has trumpeted its brand as a reliable supplier — no matter the political tensions, its energy would flow to Europe without interruption. The war has pulverised that brand. Europe doesn’t trust Russian energy any more and doesn’t want it.

Russia may further manipulate supplies in the next couple of months as the battle grows fiercer in Ukraine. But the lasting cut-off of Russian energy won’t come from Kremlin action. It will come from Europe, determined to disconnect from its main supplier. As the war intensifies, the timeline is getting shorter.

The Biden administration’s original “massive” sanctions package excluded the most massive thing of all — Russia’s oil and gas exports — currently worth about $250bn a year to the Kremlin. This reflected Europe’s concerns that, without these supplies, its economy would be so disrupted prices would be so high as to undermine governments and their commitment to western unity.

But the shock at Russia’s war set off a process of unexpected self-sanctioning by western firms to avoid touching Russian oil. What is now making the difference is the co-ordination between key European governments and the people who manage the logistics of energy flows — the oil and gas industry. This has led to a much deeper, more informed understanding of energy flows and supply chains — and options.

Make no mistake: cutting the energy cord with Russia will be very hard. Roughly 2mn barrels of oil have to be replaced. But a ban on Russian crude imports is on the EU agenda. Western countries are putting into the market about 1.3mn barrels a day from their strategic stocks, and China’s Covid lockdown has reduced economic activity and travel, freeing up additional oil.

Only weeks ago, Berlin was saying that it would need a year or two to stop using Russian oil. A few days ago, economics minister Robert Habeck said something remarkable — if need be, a solution could be found in “days”. As it is, Germany’s imports of Russian oil have dropped from 35 per cent to 12 per cent of total consumption.

Harder to detach from are refined products, such as diesel and petrol, of which Russia is a significant supplier. Diesel supplies are short the world over, partly because of refinery closures.

The hardest thing to dislodge in its entirety is Russian natural gas, which accounts for 25 per cent to 35 per cent of Europe’s supplies. But please note that means 65 per cent to 75 per cent of Europe’s gas comes from somewhere else. Alternatives to Russian gas exist. The bulk of US liquefied natural gas, which formerly went to Asia, is now coming to Europe. US supplies will increase this year. However, it appears that only about a third of Russian gas can be readily replaced from existing alternative sources.

There are other ways to replace gas imports from the east. But that requires realism — a recognition that short-term expedients are required in wartime, without abandoning longer-term energy transition goals. Floating LNG receiving terminals may come to Germany by the end of the year. The giant Groningen gasfield in the Netherlands, virtually shut down for environmental reasons, can be cranked up again. More coal can be burnt in electricity generation, thus prioritising gas for heating and industrial processes.

Europe’s exit from Russian gas will strip Putin of his most important market. The gas will be backed up, no longer generating revenues. Unlike oil, fixed pipelines cannot be dug up, put on tankers and shipped somewhere else. Western sanctions on technology will impede expansion of Russia’s Arctic LNG.

Putin has announced his counter-attack — building new pipelines to China. But that will take years. And when it comes to price, the Chinese will take advantage, as they did when negotiating the Power of Siberia gas deal in 2014 after Russia’s annexation of Crimea and the ensuing western sanctions.

No one knows better than Putin what this will mean in terms of reduced revenues for the Kremlin. As he said after the 2014 deal: “Our Chinese friends drive a very hard bargain as negotiators.” This time the Chinese, if and when they do a deal, will be positioned to drive an even harder bargain.

Help! How can I make the office more enticing for my staff?

India’s manufacturing PMI expands to 54.7 as demand picks up faster