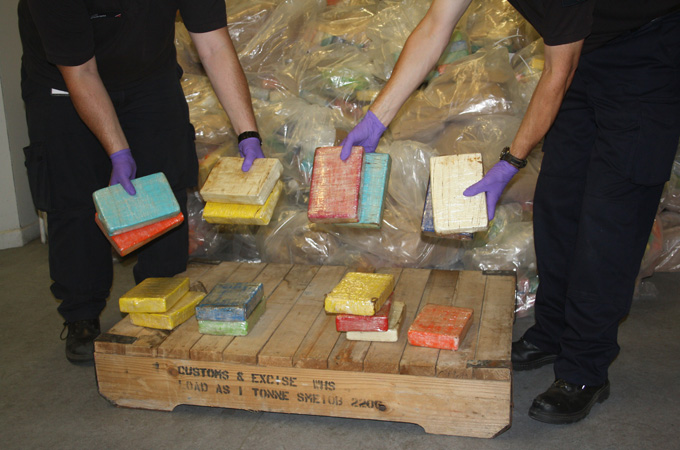 The market for cocaine and methamphetamine is on the rise in Europe driven by record levels of trafficking, according to a new report by European Union agencies.

Cocaine imported into Europe from South America is increasingly re-exported to other parts of the world, notably to the Middle East and Asia, making Europe “a key trans-shipment point for drugs originating elsewhere”, according to the joint report released on Friday by law enforcement agency Europol and the European Monitoring Centre for Drugs and Drug Addiction (EMCDDA).

In 2020, the highest ever amount of cocaine – 214.6 tonnes –  was seized in the EU, Norway and Turkey for the fourth consecutive year, according to the report.

The expanding market in Europe has resulted in “record levels of drug availability, increased violence and corruption, and worsening health problems”, EMCDDA Director Alexis Goosdeel said in a statement.

After cannabis, cocaine is the most consumed drug in Europe, with millions of users and sales of about 10.5 billion euros ($11.1bn) in 2020, according to the report.

The report also describes a “growing threat from a more diverse and dynamic drug market, which relies on close collaboration between European and international criminal organisations”.

An estimated 14 million adults in the EU aged 15 to 65 have tried cocaine, which is either snorted as a white powder or smoked in a form widely known as crack cocaine.

Methamphetamine, the world’s most widely used synthetic stimulant drug, plays a “relatively minor role in the European drug market”, the report said, although the latest data suggests a “growing threat”.

Between 2010 and 2020, the number of methamphetamine seizures in the EU more than doubled, while the quantities increased by 477 percent to 2.2 tonnes in 2020.

In Belgium, France, the Netherlands and Spain, “competition between drug suppliers has intensified, leading to an increase in violent confrontations”, murders and kidnappings.

Corruption is also a key threat in the EU, the report added, noting that nearly 60 percent of criminal networks use corruption to facilitate their illegal activities.

Crystal methamphetamine is an “unwelcome addition to the EU drug market”, the report adds, noting concern in terms of health consequences, including “acute toxicity, psychotic episodes, polydrug use and death”.

Gunman, 42, who killed two in ‘extremist Islamic terror attack’ at Oslo gay bar moved to country when he was 12

Mexicans used to go to the US for legal abortions. Now they’re inviting Americans in