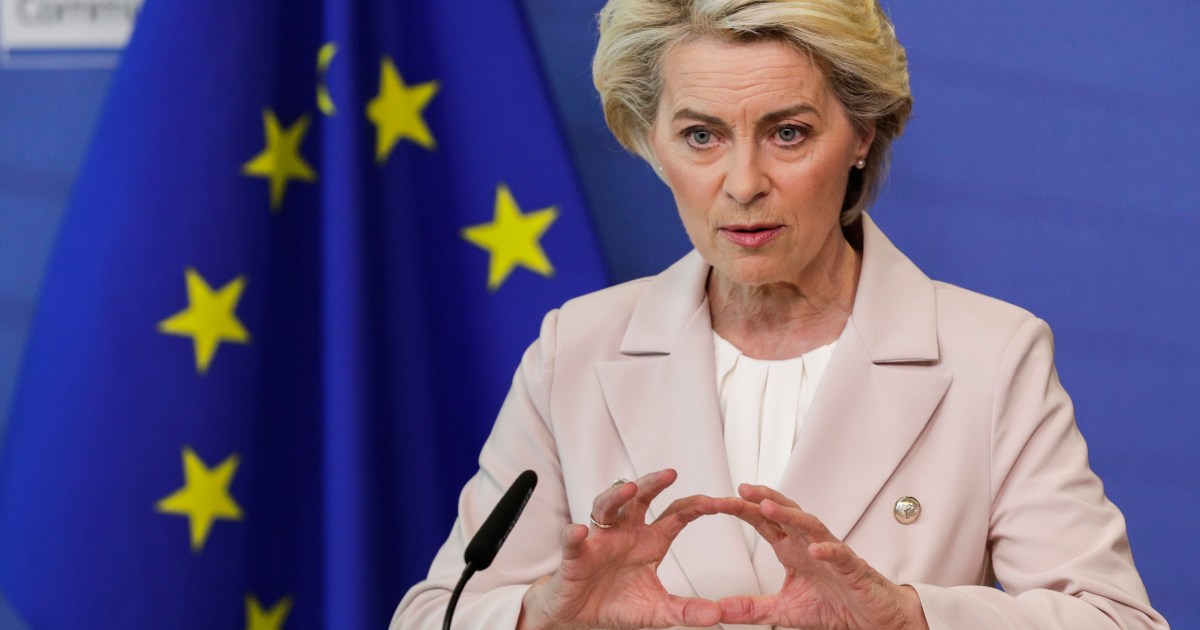 War in Ukraine has pushed the most vulnerable countries to food security crisis as grain exports blocked.

The funds include €150 million ($158m) in humanitarian assistance for African, Caribbean and Pacific nations and €350 million to boost sustainable food production in the long term.

“Russia’s war of aggression is taking a heavy and senseless toll, not only on the Ukrainian population but also those most vulnerable around the world,” European Commission chief Ursula von der Leyen said on Monday at an EU summit in Brussels.

“Russia is still blocking millions of tonnes of desperately needed grain,” she added. “To help our partners, we will mobilise an additional €600 million to avoid a food crisis and an economic shock.”

Russia and Ukraine export nearly a third of the world’s wheat and barley, more than 70 percent of its sunflower oil and are big suppliers of corn.

The war has prevented some 20 million tonnes of Ukrainian grain from getting to the Middle East, North Africa and parts of Asia.

Now the United Nations Food and Agriculture Organization (FAO) is projecting that up to 181 million people in 41 countries could face a food crisis or worse levels of hunger this year.

And according to the Norwegian Refugee Council (NRC), a focus on Ukraine has led to the sidelining of the world’s 10 “most neglected” refugee crises, all in Africa, highlighting the disparity between aid and media coverage for different regions.

The West and Ukraine accuse Moscow of trying to pressure them into concessions by blockading vital grain exports via the Black Sea to ratchet up fears of global famine.

But the EU has struggled to counter the Kremlin’s claims that rising prices and shortfalls in the Middle East and Africa are due to sanctions imposed by the bloc on Russia.

EU foreign policy chief Josep Borrell on Monday called Russia’s blockade “a real war crime” and warned that Moscow would be held responsible if it keeps on stopping exports.

The EU is backing efforts by the UN to mediate a deal between Ukraine, Russia and Turkey to get grains out, but this is yet to make any headway. Brussels is trying to increase exports from Ukraine using railway routes, but there is not enough capacity to take out more than a fraction of the stranded stocks.

The bloc has sent military aid of €2 billion ($2.1bn) to Ukraine amid the war.