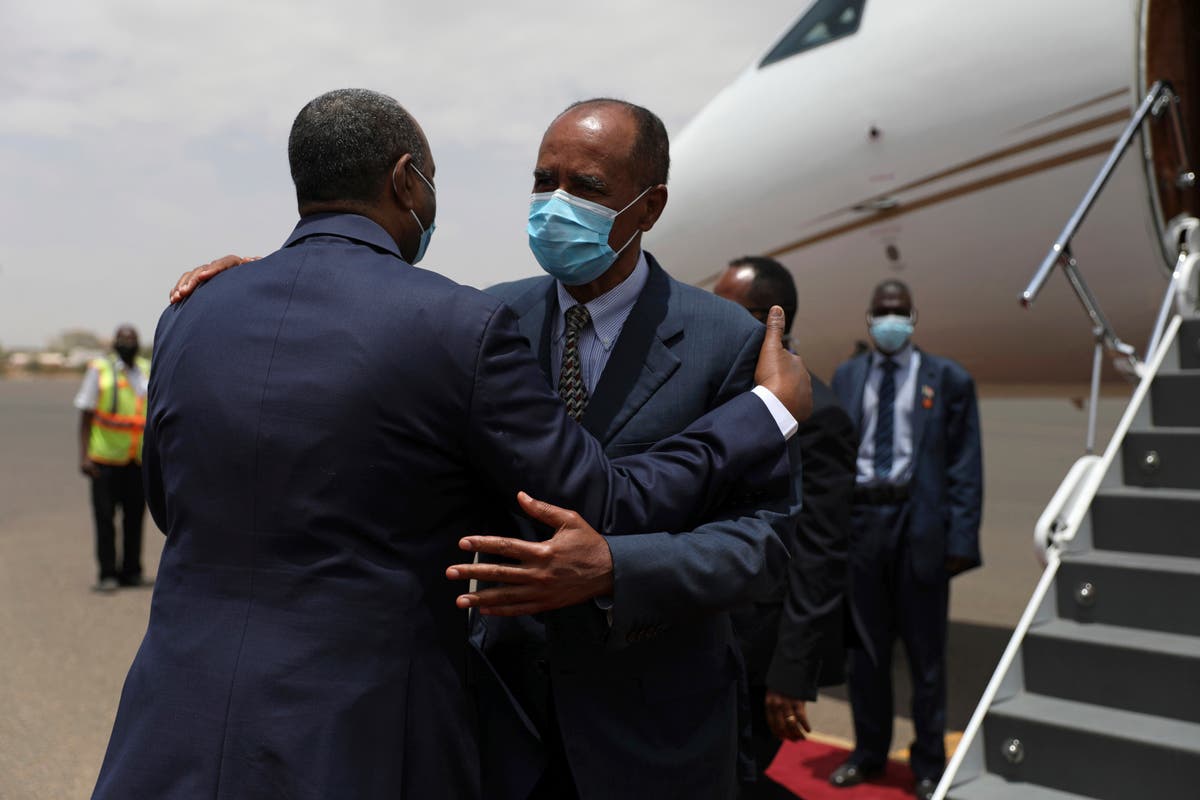 The two leaders then began closed talks on cooperation and ways to develop ties between the two countries, according to a statement from the Sudanese sovereign council.

The two-day visit comes after Sudan in February accused a third party of siding with Ethiopia in its border dispute with Sudan. It was likely referring to Eritrea which has deployed troops to the Tigray region to fight alongside Ethiopian federal forces in the conflict there.

Following Sudan’s accusation, Eritrea dispatched its foreign minister to Sudan who assured Khartoum that Eritrea was not part of the dispute between Sudan and Ethiopia.

The decades-long disagreement centers on large swaths of agricultural land Sudan says are within its borders in the al-Fashqa area, which Ethiopian farmers have cultivated it for years. The Tigray conflict in Ethiopia, which has resulted in an influx of refugees into Sudan, has exacerbated the dispute.

The dispute escalated in November after Sudan deployed troops to the territories it says are occupied by Ethiopian farmers and militias.

Sudan and Ethiopia have since held rounds of talks to try and settle the dispute, most recently in Khartoum in December, but have not made progress.

Khartoum has said its forces have reclaimed most of its territory. But it has called on Ethiopia to withdraw troops from at least two points it says are inside Sudan under an agreement that demarcated the borders between the two nations in the early 1900s.

Ethiopia, however, accused Sudan of taking advantage of the deadly conflict in Tigray to enter Ethiopian territory and loot property, kill civilians and displace thousands of people. The Tigray fighting has sent over 70,000 Ethiopia refugees into Sudan.

The visit came as Afwerki faces growing pressure from the international community, including the U.S., to withdrew Eritrean troops from Tigray.

Soldiers from Eritrea, long an enemy of Tigray’s now-fugitive leaders, have also been blamed for some of the worst human rights abuses in the Tigray conflict.

EXPLAINER: Did US hiring slow because of a ‘labor shortage’?

Spanx’s faux leather leggings are totally worth their price tag