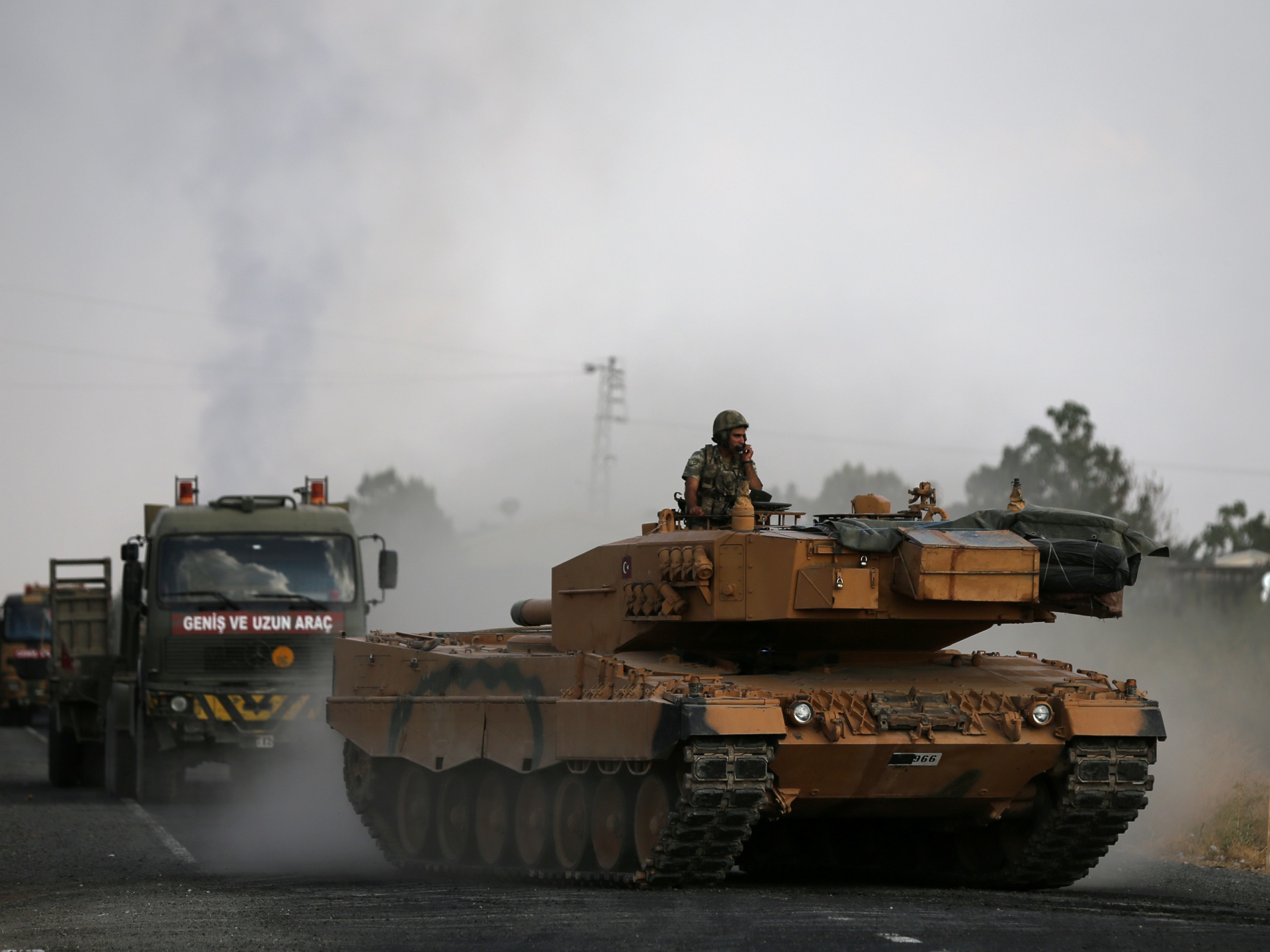 Russia and the US call for de-escalation amid Turkish cross-border raids on Kurdish positions in Syria and Iraq.

Turkish President Recep Tayyip Erdogan has signalled a possible ground offensive in northern Syria and Iraq after Ankara’s forces launched cross-border air raids on what they said were locations used by Kurdish groups they blame for a bombing in central Istanbul.

The escalating tensions have prompted global concern, with Russia and the United States urging Ankara on Monday to show restraint.

Speaking to reporters on a flight home from Qatar after attending the opening of the World Cup, Erdogan said Turkey’s ongoing military campaign in northern Syria and northern Iraq “is not limited to just an air operation”.

“Competent authorities, our defence ministry and chief of staff will together decide the level of force that should be used by our ground forces,” he said.

“We will make those who disturb us on our territory pay.”

The Turkish operation – dubbed Claw Sword – was launched on Sunday, a week after a bomb blast on Istanbul’s Istiklal Avenue killed six people and wounded 81.

Ankara blamed the outlawed Kurdistan Workers Group (PKK) and affiliated Syrian Kurdish groups for the November 13 attack, although the Kurdish fighters have denied any involvement.

The US – which relied mostly on Kurdish militia forces to defeat the ISIL (ISIS) group in Syria – called for a de-escalation.

“The United States expresses its sincere condolences for the loss of civilian life in Syria and Turkey,” read a statement from Ned Price, the spokesman for the Department of State.

“We urge de-escalation in Syria to protect civilian life and support the common goal of defeating ISIS. We continue to oppose any uncoordinated military action in Iraq that violates Iraq’s sovereignty,” he said.

Russia also called on Turkey to refrain from the use of “excessive” military force.

Alexander Lavrentyev, Russian President Vladimir Putin’s special envoy on Syria, told reporters that Turkey had not notified Moscow in advance about its raids on its neighbours.

Speaking in the Kazakh capital, which is hosting a tripartite meeting between Russia, Turkey and Iran on Syria, Lavrentyev said he hoped “to convince our Turkish colleagues to refrain from resorting to excessive use of force on Syrian territory”.

“Russia has for months … done everything possible to prevent any large-scale ground operation,” he added.

Erdogan has threatened a new large-scale military operation against PKK-affiliated forces in northern Syria for months, but Russia, Iran and many Western countries have warned against the plans.

Turkey has previously conducted ground military operations in Syria focused on areas just across the border, and has captured vast swaths of territory.

The Turkish government believes a so-called “safe zone” along the Syrian side of the border is necessary to allow for the voluntary return of Syrian refugees it is hosting, as well as stop groups Ankara considers to be affiliates of the PKK, such as the US-backed Syrian Democratic Forces (SDF), from attacking Turkey.