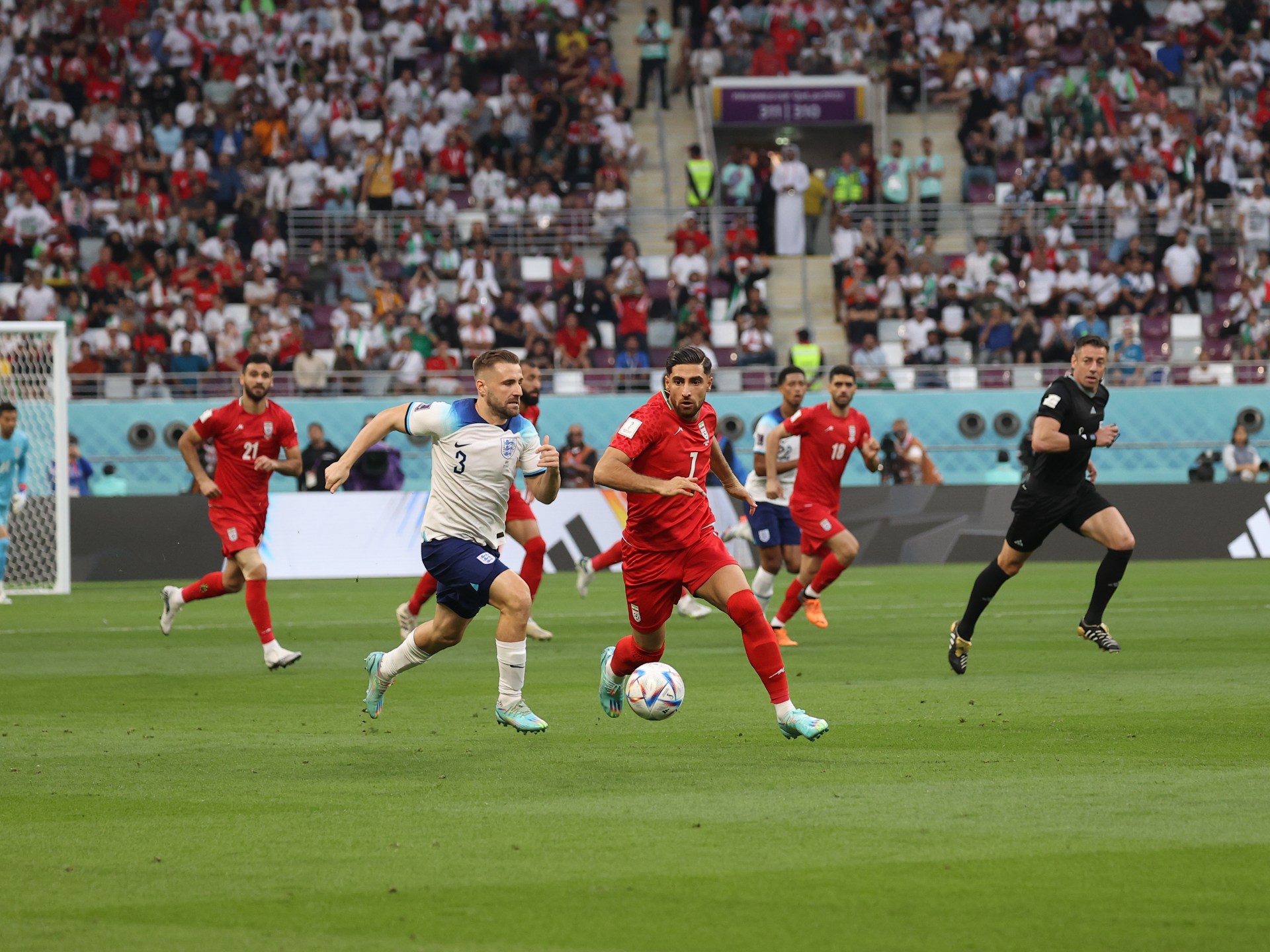 England made a scintillating start to their World Cup campaign as Bukayo Saka and Jude Bellingham inspired a 6-2 rout of outclassed Iran in Monday’s Group B opener in Doha.

Saka and Bellingham were England’s driving forces with dynamic displays that underlined their emergence as two of the game’s brightest young stars.

Bellingham, 19, shattered Iran’s hopes of frustrating England when he rose to head his maiden senior international goal in the first half. The goal made Bellingham the youngest England scorer at a World Cup since Michael Owen in 1998 and the first player born in 2000 or later ever to score in the finals.

Gareth Southgate’s side was in sparkling form at the Khalifa International Stadium and goals from Saka and Raheem Sterling put them in complete control before half-time.

Saka, 21, netted again after the interval and, although Mehdi Taremi struck twice for Iran, Marcus Rashford and Jack Grealish completed the demolition.

There will be far sterner tests to come for England as they bid to win their first major trophy since the 1966 World Cup.

But this was a welcome step in the right direction for Southgate, whose team arrived in Qatar on a six-match winless run that triggered scathing criticism of the Three Lions boss and his perceived negative tactics.

The only concern for Southgate was the sight of Harry Maguire being replaced in the second half after being checked for a potential head injury.

England play their second match against the United States on Friday and conclude their Group B fixtures against Wales on November 29.