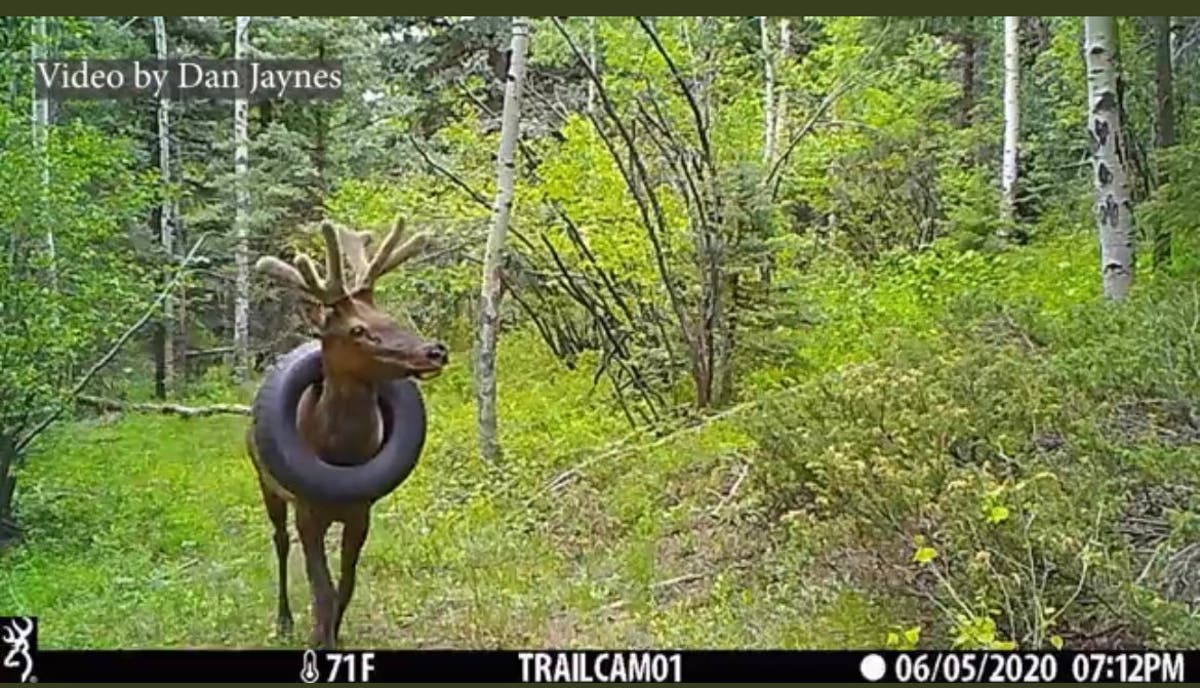 A bull elk that wandered the hills of Colorado with a rubber car tyre around its neck for over two years, has finally been freed.

According to Colorado Parks and Wildlife officials, this was the fourth attempt to help the four-and-a-half years old elk which weighs about 270 kgs.

Officials said that they had to tranquilise the elk and cut off its five-point antlers to remove the tyre because they couldn’t cut through the steel in the bead of the tyre.

“We would have preferred to cut the tyre and leave the antlers for his rutting activity, but the situation was dynamic and we had to just get the tyre off in any way possible,” officer Scott Murdoch said to agencies.

While officials estimated that the tyre weighed around 16 kgs, the elk surprisingly did not suffer any grievous injuries. “The hair was rubbed off a little bit, there was one small open wound maybe the size of a nickel or quarter, but other than that it looked really good,” said Mr Murdoch to the Associated Press.

He adding: “I was actually quite shocked to see how good it looked.”

Officials were able to locate the elusive elk after residents near Pine Junction, southwest of Denver, reported its location.

“I am just grateful to be able to work in a community that values our state’s wildlife resource,” said Dawson Swanson, Mr Murdoch’s fellow officer.

“I was able to quickly respond to a report from a local resident regarding a recent sighting of this bull elk in their neighbourhood. I was able to locate the bull in question along with a herd of about 40 other elk.”

Officials also said that due to the rutting season, the elk was spotted alongside a bigger bull-which made it easier to locate it.

The elk was first spotted in 2019 in the Mount Evans wilderness during a wildlife population survey for Rocky Mountain bighorn sheep and mountain goats.

Officials said that while this elk has been freed, wildlife like deer, elk, bears often get entangled in a host of other objects like swing sets, hammocks, clothesline, and volleyball nets.