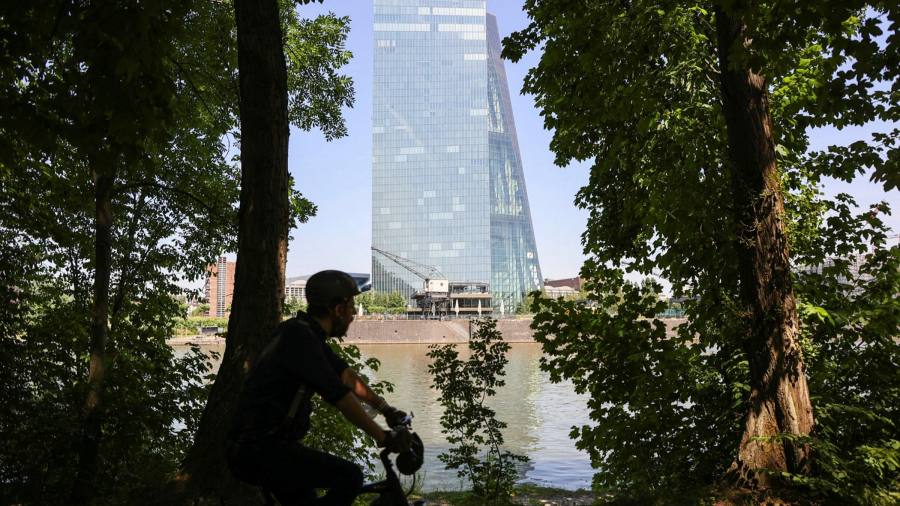 The European Central Bank will keep buying bonds and maintain its deeply negative interest rates in an attempt to shift the eurozone economy out of its persistent pattern of sluggish inflation, its policymakers decided on Thursday.

The ECB also said for the first time that it was prepared to tolerate a moderate and transitory overshoot of its inflation target, which could result from the “persistent” policy it believes is necessary when rates are close to the lowest point at which cuts are effective — as they are now.

The new guidance came two weeks after the ECB agreed a new strategy that lifted its inflation target to 2 per cent, dropped a promise to keep price rises below that level and accepted that they can even exceed it temporarily. It was the first change in strategy for almost two decades.

After the monetary policy meeting in Frankfurt, the central bank said in a statement that its revised guidance would “underline its commitment to maintain a persistently accommodative monetary policy stance to meet its inflation target”.

It said its deposit rate would not rise from minus 0.5 per cent until inflation hits 2 per cent “well ahead of the end of its projection horizon and durably for the rest of the projection horizon, and it judges that realised progress in underlying inflation is sufficiently advanced to be consistent with inflation stabilising at 2 per cent over the medium term”.

It added: “This may also imply a transitory period in which inflation is moderately above target.”

The new wording sets a higher bar for interest rates to rise than the previous guidance that inflation would have to “robustly converge” with its target and this convergence would have to be “consistently reflected in underlying inflation dynamics”.

However, given that inflation has run below the ECB’s earlier target of “close to, but below, 2 per cent” for almost a decade, most investors remain sceptical about the likelihood that the bank will meet its new goal.

Some ECB rate-setters have called for a reduction in the pace of bond purchases through the €1.85tn pandemic emergency purchase programme (PEPP) it launched in response to the Covid-19 crisis last year.

But in its statement on Thursday the ECB stuck to its guidance that the PEPP will last until at least March 2022 and only end once its policymakers decide that “the coronavirus crisis phase is over”.

The ECB is widely expected to decide in September whether to change the pace of PEPP purchases; in March it increased them to €80bn a month after eurozone sovereign bond yields began to rise.

Some of the world’s other major central banks, such as Canada and Australia, have already decided to slow the pace of their Covid-related stimulus programmes. Others such as the US Federal Reserve are still debating when to wind it down.

On Thursday, the ECB repeated its earlier guidance that its decision on PEPP would be based on “preventing a tightening of financing conditions that is inconsistent with countering the downward impact of the pandemic on the projected path of inflation”.

It also said that its regular asset purchase programme — running at €20bn a month — was expected to continue “for as long as necessary to reinforce the accommodative impact of our policy rates, and to end shortly before we start raising the key ECB interest rates”.

Eurozone inflation has been rising in recent months; in June consumer prices were 1.9 per cent higher than a year ago. The pace of price growth is expected to accelerate further in the second half of this year as the bloc’s economic recovery gathers pace.

But the ECB expects inflation to fade back to 1.5 per cent next year, prompting some rate-setters to argue it should expand its bond-buying plans.

In a survey of about 250 German financiers and economists earlier this month, the Center For Financial Studies in Frankfurt found that eight out of 10 believed it would be “increasingly difficult to depart from the ECB’s low interest rate policy as governments become increasingly dependent on purchases of their bonds”.