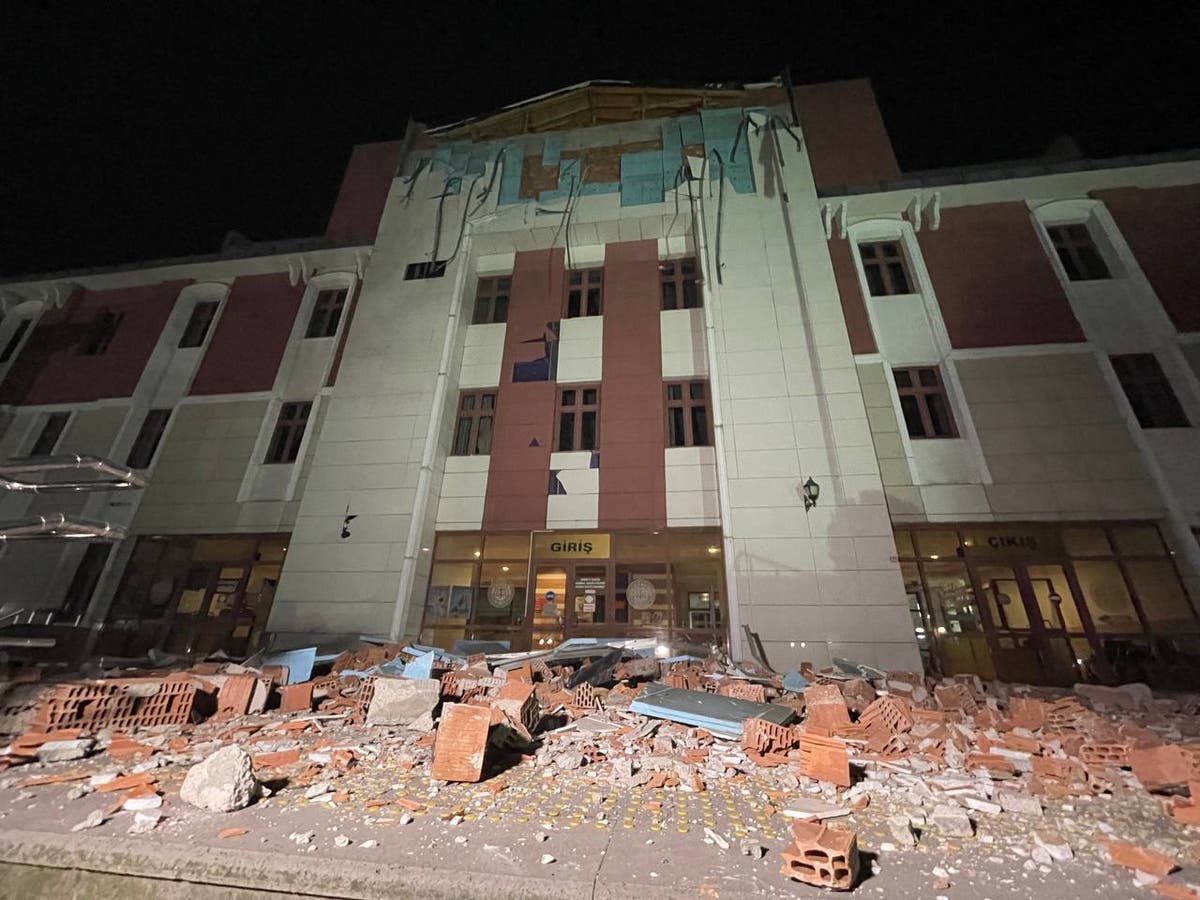 A 5.9-magnitude earthquake jolted a northwest town in Turkey during the early hours of Wednesday, causing panic among people and damage to property.

The quake struck at 4.08am local time in the town of Golkaya, in Duzce province, located nearly 200km east of Turkey’s largest city Istanbul.

The strong tremors were felt in capital Ankara, Istanbul, and other parts of the country. At least 35 aftershocks were recorded, the Disaster and Emergency Management Presidency said.

The strong quake woke people from their sleep, with some of them rushing out of the buildings in panic or jumping from balconies and windows. According to reports, power was disrupted in the region.

Interior Minister Suleyman Soylu said 22 people were being treated in hospitals for injuries sustained during the panic.

Schools in the province were being shut down for protection, Duzce governor Cevdet Atay said.

Some of the buildings in the region, including a courthouse, sustained damages with bricks from the tall structure falling on the ground.

People took to social media to share pictures and videos of the damages inside their homes left in the wake of the earthquake.

Turkey sits on top of major fault lines and is frequently struck by earthquakes.

In August 1999, at least 17,000 people were killed by a powerful temblor that devastated Kocaeli province.

Months later in November the same year, over 800 died after a 7.2-magnitude quake struck Duzce province.

According to the city’s mayor, nearly 80 per cent of Duzce’s buildings have been rebuilt since the deadly earthquakes.

Europe has labelled Russia a state sponsor of terror. What next?

In recent weeks, Kendall Jenner and Harry Styles have both made headlines because of their love lives. First, Harry and