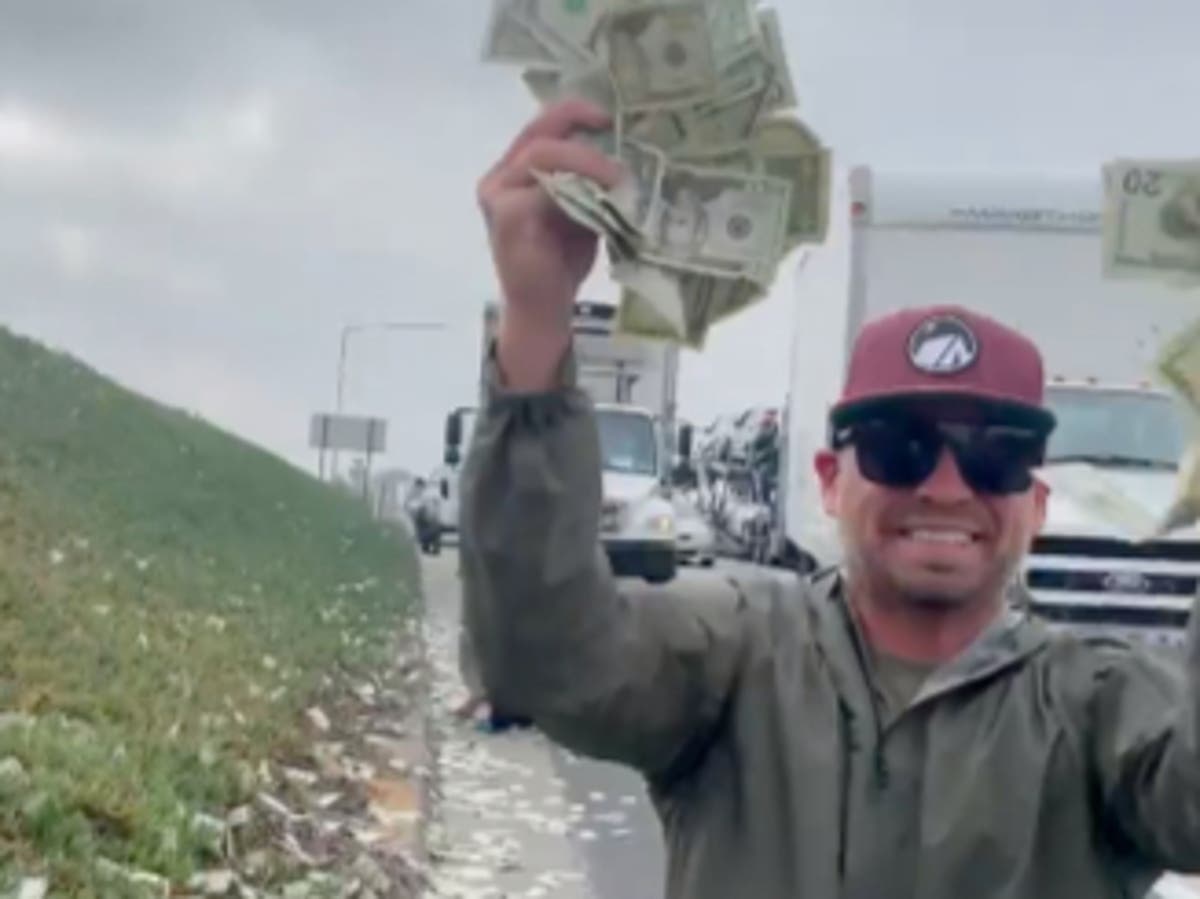 Drivers scrambled to grab cash on Friday morning after bags of money fell out of an armoured truck on a California freeway, authorities said.

The incident occurred shortly before 9.15am on Interstate 5 in Carlsbad as the truck was heading from San Diego to an office of the Federal Deposit Insurance Corporation.

“One of the doors popped open and bags of cash fell out,” California Highway Patrol Sergeant Curtis Martin said.

Several bags broke open, spreading money — mainly $1 and $20 bills — all over the northbound lanes and bringing the freeway to a chaotic halt, Mr Martin said.

Video posted online showed some people laughing and leaping as they held wads of cash.

Two people were arrested at the scene after they locked themselves out of their vehicle while collecting cash. Their car was towed away and the freeway was reopened shortly before 11am.

Mr Martin warned that any others who are found to have taken the money could face criminal charges. He noted there was plenty of video taken by bystanders at the scene and that the CHP and FBI were investigating.

Anyone who took money was urged to bring it to the CHP office in Vista, California.

Authorities didn’t immediately say how much money was lost. However, at least a dozen people had returned money they collected to the CHP by Friday afternoon, The San Diego Union-Tribune reported.

“People are bringing in a lot,” Mr Martin said. “People got a lot of money.”

In a statement released on Friday night, CHP Officer Mary Bailey thanked those who had already returned the money they collected and issued a warning: “Multiple pictures and videos were posted on social media (that) captured faces and license plates at the scene of this incident. The CHP is working with the FBI to identify those who participated in the theft of money.”

The CHP released 16 photographs and video still frames showing some of those who scooped the cash off the road.

Bailey said members of the public “are encouraged to turn in the money within 48 hours in order to avoid potential criminal charges”.

With reporting from the Associated Press

Kyle Rittenhouse: Victim’s girlfriend says she has ‘a lot of sympathy’ for him