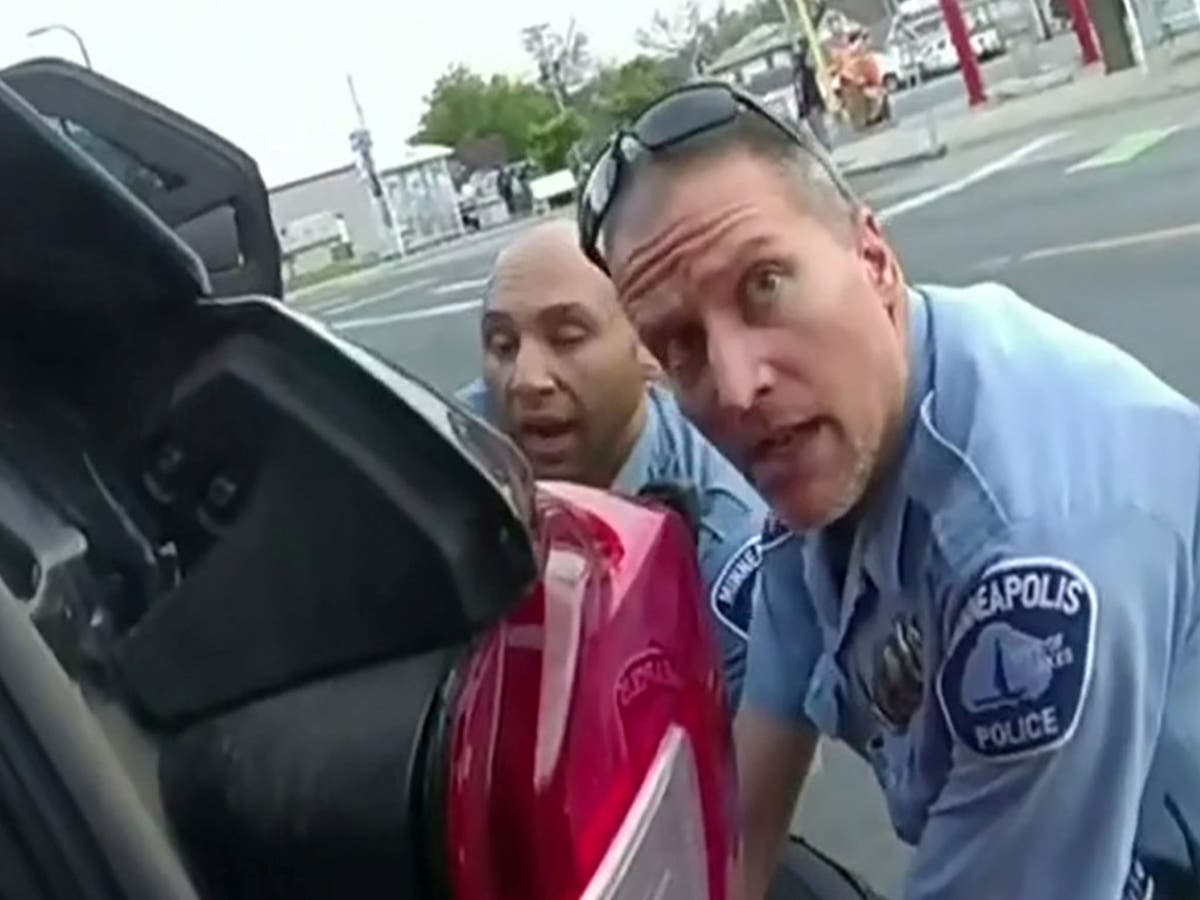 Derek Chauvin went overboard when he kneeled on George Floyd’s neck, according to a police use of force expert, the latest in a string of experienced policemen during the closely watched murder trial to condemn the former Minneapolis officer’s conduct.

“My opinion was that the force was excessive,” Jody Stiger, a use of force expert from the Los Angeles Police Department, said in testimony on Tuesday.

Mr Chauvin is facing multiple murder charges after kneeling for minutes on the neck of Mr Floyd, an unarmed Black man he was arresting last May on a call about a counterfeit $20 bill.

In addition to Mr Stiger, four other senior officers, including Minneapolis’ police chief, have said Mr Chauvin wasn’t following proper police training when he remained on top of Mr Floyd’s neck for more than nine minutes, as the handcuffed man cried that he couldn’t breathe and eventually lost consciousness.

The LAPD expert noted that officers initially had grounds to use force on Mr Floyd, since he was “actively resisting” arrest and squirming back and forth as officers tried to get him into a squad car.

“Initially when Mr Floyd was being put in the backseat of the vehicle, he was actively resisting the officers,” Mr Stiger testified. “However, once he was placed in the prone position on the ground, he slowly ceased his resistance and at that point the ex-officers, they should have slowed down or stopped their force as well,” he continued.

He also noted that in most cases force isn’t used at all on low-level counterfeit money cases, and that body camera footage showed Mr Floyd and officers having a calm conversation as Mr Floyd sat on the sidewalk in handcuffs prior to the incident near the squad car, suggesting that officers could’ve used this “rapport” instead of elevated force to get him to comply.

Earlier in the day, another officer, this one on the Minneapolis police for, reached similar conclusions: kneeling on the neck in those circumstances wasn’t appropriate.

“I would say no,” testified lieutenant Johnny Mercil, who trains officers in the use of force, about whether that move was allowed under department policy. “We tell officers to stay away from the neck, when possible,” he added.

Officers are permitted to use neck holds on people sometimes, but are taught to do so with their arms, Mr Mercil added, demonstrating to the court by bending his arm around someone in an imagined head lock. Court documents reveal that Mr Mercil directly trained Mr Chauvin in the use of force.

The lieutenant continued that there are times when an officer’s leg might be pressed into a suspect’s upper back to control them or get them into handcuffs as part of a “transitory position”.

Still, when asked if he has ever trained officers to kneel directly on someone’s neck once they’ve already been handcuffed, he said “as far my knowledge, we never have.”

Mr Chauvin hasn’t taken the stand yet, and may not do so at all during the trial, but said at the time of the arrest he thought the force seemed necessary to subdue the large and athletic Mr Floyd, whom he believed to be on drugs.

“We’ve got to control this guy because he’s a sizable guy,” Mr Chauvin told a bystander, Charles MacMillian, in an exchange captured on body camera video. “It looks like he was probably on something.”

“It’s based on the person’s actions, not specifically their size and stature,” he said.

Tuesday’s proceedings also focused on the medical aspects of this case, such as what sorts of medical care officers are trained and required to provide, and what ultimately might have caused Mr Floyd’s death.

Nicole Mackenzie, a former EMT and the medical support coordinator for the Minneapolis Police Department, said Mr Chauvin has been trained multiple times in life-saving techniques like CPR, and that officers have a duty to provide medical care even if they have already called an ambulance for someone in their custody.

She also refuted a common belief, even among police, that just because someone can talk while they’re being detained, it means that they have enough air.

“There is a possibility that somebody could be in respiratory distress and still be able to verbalise it,” Ms Mackenzie said. “Just because they’re speaking doesn’t mean they’re breathing adequately.”

Bystander video of Mr Floyd last May showed former officer Tou Thao, who goes on trial later this summer for his role in the fatal arrest, telling the crowd urging officers to provide medical care that, “He’s talking, so he can breathe”.

She also acknowledge, however, during questioning from defence attorney Eric Nelson, that factors like the presence of drugs or a hostile crowd, both of which occurred during Mr Floyd’s arrest, could complicate offering medical aid.

“You would have to make sure your scene is safe before you render aid,” she said.

One challenge to providing medical care, she continued, would be if a suspect enters a state known as “excited delirium”, a medically disputed form of psychosis, where some believe those suffering an episode can seem to have what Ms Mackenzie called “superhuman” strength because they aren’t aware of their surroundings or aren’t feeling pain.

In a rare turn of events, the defence also plans to call Ms Mackenzie as a witness, perhaps owing to her comments fitting into their larger theory of the case, that a combination of drug intoxication and other factors ultimately killed Mr Floyd, not the knee on his neck, which was a reasonable use of force

Those two factors, drugs and excited delirium, cropped up a number of times in Tuesday’s proceedings and threatened to complicate what has otherwise been a smooth case from the state against Mr Chauvin.

Attorneys paused the case for an off-the-record “sidebar” conversation with the judge as Ms Mackenzie began to talk about “excited delirium” while she was being cross-examined by Mr Chauvin’s attorney.

Any dispute would likely have to do with some kind of disagreement from the state about which witnesses have been cleared to testify about what, in which order, the subject of extensive pre-trial argument.

Police body camera footage of the arrest last May captured one of Mr Chauvin’s partners asking him if he should roll Mr Floyd onto his side, a position that allows for easier breathing, because he was “worried about excited delirium or whatever.” Mr Chauvin responds, “That’s why we have him on his stomach,” a position multiple officers have testified put him at risk of suffocation.

Lawyers were also arguing about drug evidence before witnesses even arrived in the courthouse on Tuesday.

An attorney for Morries Hall, who was in the car with Mr Floyd just ahead of his arrest, and whom the defence argues will show Mr Floyd was on drugs at the time, is seeking to avoid appearing in the trial under his 5th Amendment right against self-incrimination.

Public defender Adrienne Cousins argued if Mr Hall is called to testify at all, it could expose him to prosecution on charges ranging from drug possession all the way up to third-degree murder, as Mr Hall allegedly sold drugs to Mr Floyd before his death.

“At this point in time Mr Hall has no immunity,” Ms Counsins said. “He has been provided no immunity, no protection for his testimony whatsoever.”

The court will rule on what Mr Hall tells jurors on Thursday, a move which will drastically sway the direction of the case.