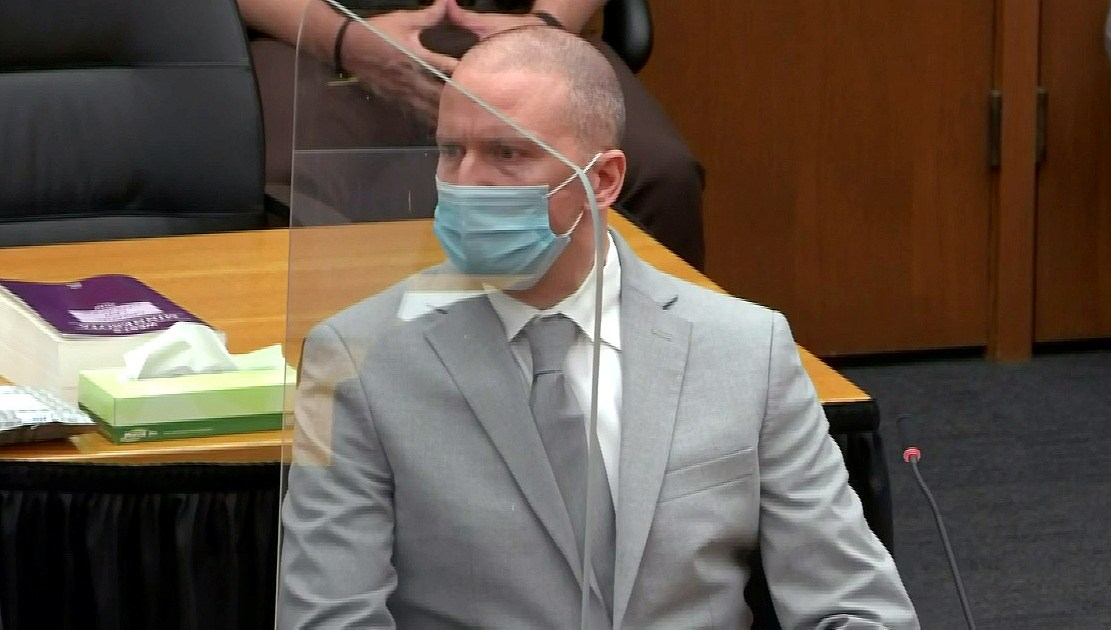 The former Minneapolis police officer who killed George Floyd has appealed his murder conviction, arguing that the jury was intimidated by continuing protests and prejudiced by excessive pre-trial publicity, among other things.

Lawyers for Derek Chauvin asked the Minnesota Court of Appeals in a court filing earlier this week to reverse his conviction, reverse the decision and order a new trial in a new venue, or order a resentencing.

A Minneapolis jury last year found Chauvin guilty of murder in the killing of Floyd, an unarmed Black man whose death in 2020 spurred nationwide protests demanding an end to police brutality and anti-Black racism.

A judge later sentenced the former officer to 22.5 years in prison. Chauvin held his knee against Floyd’s neck for more than nine minutes during an arrest in Minneapolis on May 25, 2020, as the 46-year-old repeatedly pleaded that he could not breathe.

This week, Chauvin’s lawyer, William Mohrman, laid out a number of challenges to his conviction, including his longstanding argument that the trial should not have been held in Hennepin County, where Floyd was killed.

“The overwhelming media coverage exposed the jurors – literally every day – to news demonizing Chauvin and glorifying Floyd which was more than sufficient to presume prejudice,” the brief said.

Mohrman said several potential jurors expressed concerns during jury selection that if Chauvin was acquitted they would fear for their personal safety and worried about more violence. He said several of them indicated they were intimidated by the security measures implemented at the court to protect trial participants from protesters.

The filing also cited the fatal shooting of Daunte Wright by a police officer in nearby Brooklyn Center during Chauvin’s trial. It said jurors should have been sequestered after selection to avoid being prejudiced by reports of that killing.

It also cited a $27m settlement reached between the city and Floyd’s family that was announced during jury selection, saying the timing of that prejudiced jurors in the case.

Mohrman pointed out several instances of alleged prosecutorial misconduct, claiming untimely sharing of evidence, failure to disclose and document dumping by the government.

The filing also said the judge did not apply the sentencing guidelines correctly and should not have included “abuse of a position of authority” as an aggravating sentencing factor for the former police officer.

The filing came days after a state investigation that began after Floyd was killed concluded Minneapolis police have engaged in an illegal “pattern or practice” of racial discrimination.

The Minnesota Department of Human Rights said in its 75-page report on Wednesday that Minneapolis police arrest and use force against people of colour, particularly Black individuals, more frequently than white people in similar settings.

Minneapolis police use covert social media to surveil Black people and Black organisations unrelated to any criminal activity, it found, while they also consistently use racist, misogynistic and disrespectful language.

Officers and supervisors receive deficient training that emphasised a paramilitary approach, and there is a lack of accountability for officers who engage in misconduct, the report also said.

What I realized after catching Covid-19