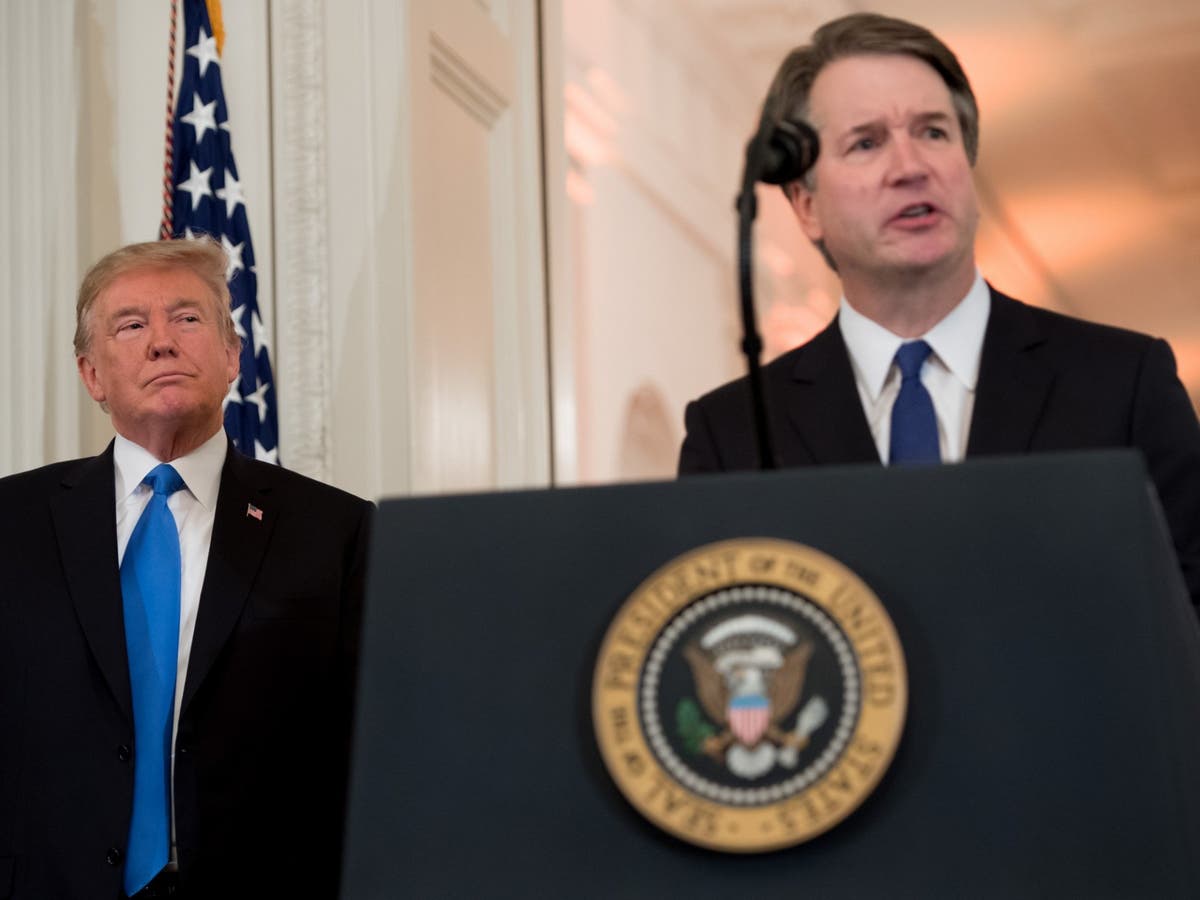 Democrats have blasted the <a href="https://www.independent.co.uk/topic/fbi“>FBI’s handling of a 2018 probe of Brett Kavanaugh ahead of his confirmation as a Supreme Court justice, charging that it was controlled and limited by the Trump administration.

“Your letter confirms that the FBI’s tip line was a departure from past practice and that the FBI was politically constrained by the Trump White House,” seven Democratic senators wrote in a scathing letter to FBI director Christopher Wray.

The Democrats were replying to a letter from an assistant FBI director named Jill Tyson, who told them that over 4,500 tips had been called in to the FBI’s “tip line” for its background check on Mr Kavanaugh. The most “relevant” of those tips, Ms Tyson said, were handed over to the Trump administration’s lawyers.

At the time, the Trump administration was fighting to get Mr Kavanaugh confirmed to the country’s highest court.

According to the senators, including Sheldon Whitehouse and Judiciary Committee chair Dick Durbin, the FBI has not explained how those tips were followed up on, if at all.

“Your letter fails to explain how the FBI reviewed and assessed these tips or whether the Bureau conducted any interviews related to information received through the tip line or otherwise pursued the tips,” they wrote. “If the FBI was not authorized to or did not follow up on any of the tips that it received from the tip line, it is difficult to understand the point of having a tip line at all.”

The letter is only the latest fallout from an extremely bitter episode of recent American history. Three years ago, after then-president Donald Trump nominated Mr Kavanaugh for the high court, a psychology professor named Christine Blasey Ford accused him of sexually assaulting her at a party in the 1980s, when they were both teenagers.

Mr Kavanaugh fiercely denied the allegations, which he characterised as a desperate smear campaign designed to block his confirmation.

Undeterred, Dr Ford eventually told her story in sworn testimony before the Senate Judiciary Committee. Mr Kavanaugh spoke afterward, again denying the charges. He was confirmed on a largely party-line vote, with the support of 49 Republicans and one Democrat.

In their letter, the Democratic senators demanded answers to several questions. One of them was why in its probe of the allegations regarding Mr Kavanaugh and Dr Ford, the FBI never interviewed either of them.

The Independent has reached out to the FBI for comment, but had not immediately heard back.