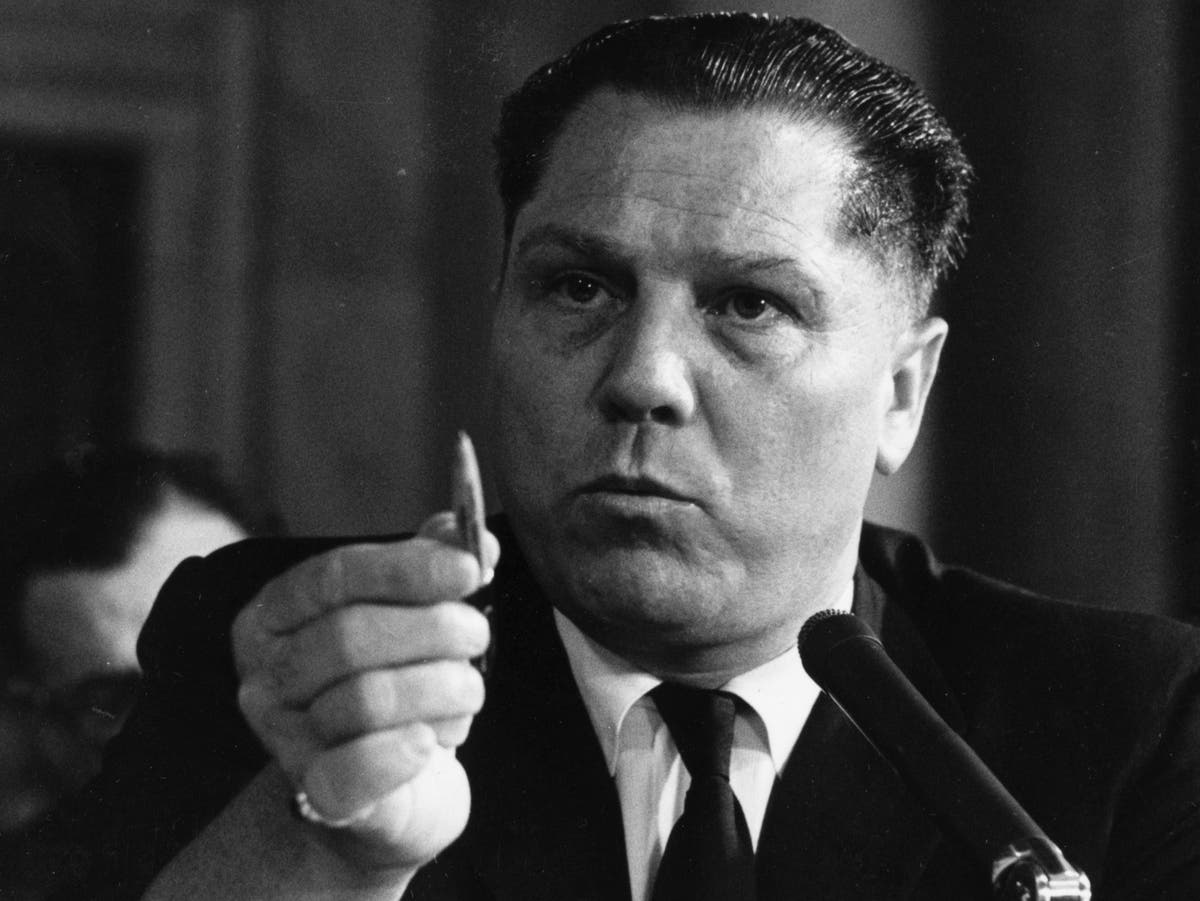 American labour leader Jimmy Hoffa disappeared in 1975 and his body has never been found, but the FBI is now looking into the area of a former landfill in Jersey City, New Jersey after a worker said on his deathbed that he buried the body in a steel drum underground.

FBI agents conducted a “site survey” on 25 and 26 October in the area, now made up of dirt and gravel under the Pulaski Highway, the Detriot FBI field office said. The office has led the investigation since the beginning.

The supposed steel drum with Hoffa’s remains is believed to be as far as 15 feet below ground level.

“FBI personnel from the Newark and Detroit field offices completed the survey and that data is currently being analyzed,” Special Agent Mara Schneider said in a statement. “Because the affidavit in support of the search warrant was sealed by the court, we are unable to provide any additional information.”

Numerous searches for Hoffa’s remains have been conducted throughout the years, including several in Michigan, where the union leader, who’s rumoured to have had connections to the mafia, was last seen outside a restaurant.

Journalist and Hoffa expert Dan Moldea was the person who notified the law enforcement agency of the possible location of the body. While many theories of Hoffa’s death has been put forward, Mr Moldea told The New York Times that the site in New Jersey is “100 per cent” credible and that the fresh information is notable.

“A very prominent person disappeared from a public place 46 years ago and was never seen again,” he said on Thursday. “This case has to be solved.”

Records reveal that the FBI got tips suggesting that Hoffa was buried in the Jersey City landfill immediately after his death in 1975, but that the tips were abandoned after agents searched the site and found nothing.

“They had no idea where to start looking,” Mr Moldea told the paper.

Frank Cappola was a teenager in 1975 when he was working at the then-PJP Landfill alongside his father, Paul Cappola Sr.

“While I was talking to my dad, a black limousine drove into our lot in the mud,” Frank Cappola said in 2019 at the age of 62, in a sworn written statement. Paul Cappola Sr told a colleague: “They’re here.”

The landfill was partly owned by Phil Moscato and was often called “Brother Moscato’s dump”.

According to a Philadelphia source, one mobster said “if the feds begin digging at the proposed dump in New Jersey, they would hit pay dirt,” the report stated. “Yes, they sure will,” another answered.

Paul Cappola told his son that the new hole was between eight and 15 feet deep and located just outside the dump, on state property. Putting the barrel with Hoffa’s body in first, he covered it with between 15 and 30 chemical drums as well as bricks and dirt. He then covered the entire site with dirt and “placed something detectable just under the surface of the gravesite, which I am willing to disclose to law enforcement,” Frank Cappola said in his statement.

Paul Cappola never shared the location with anyone, he told his son. Frank Cappola died in March 2020, which left the explosive secret with Mr Moldea, who wrote about it.

He told The New York Times that the FBI got in touch with him last year. He said radar found shapes looking like barrels at the site in November 2020.

Trash collection firm Interstate Waste Services now operate close to the site. They have stored empty containers under the Skyway for years, but were told to remove them late last month, staff member Isaac Suarez, 19, told the paper.

“They scanned the floor and found barrels,” Mr Suarez said. “If you were trying to hide somebody you killed, wouldn’t you want it to be in plain sight, but not?”