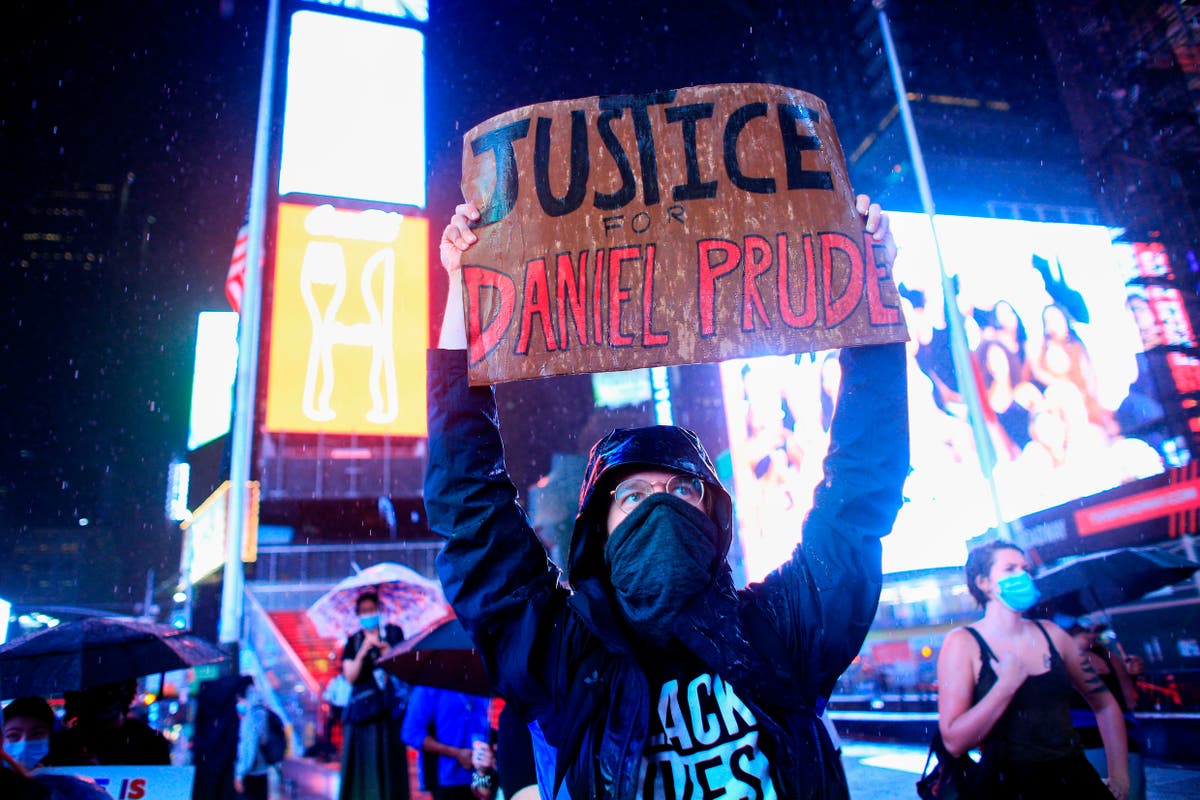 New York police officers involved in restraining an unarmed black man and putting a “spit hood” over his head which led to his death due to asphyxiation in Rochester city in March last year, will not face any criminal charges, the state’s attorney general announced on Tuesday.

A grand jury declined to indict any of the seven officers involved in the death of Daniel Prude, 41, who had mental health issues and died of suffocation when officers put the mesh hood over his head and held him down during his arrest.

Spit hoods are commonly used by the police to protect themselves from biting or being infected with communicable diseases through spit during arrests.

“Daniel Prude was in the throes of a mental health crisis and what he needed was compassion, care, and help from trained professionals. Tragically, he received none of those things,” New York Attorney General Letitia James said in a statement on Tuesday.

A grand jury was set up by the prosecutor to determine if there was enough evidence to prosecute the officials involved.

Lawyers for the seven police officers suspended over Prude’s death have said the officers were strictly following their training that night. According to AP, the lawyers claimed the “root cause” of his death was Prude’s use of PCP, which caused irrational behaviour.

Ms James however, bluntly expressed her displeasure over the outcome. “The criminal justice system has demonstrated an unwillingness to hold law enforcement officers accountable in the unjustified killing of unarmed African-Americans,” said Ms James at a news conference at Aenon Missionary Baptist Church in Rochester.

“What binds these cases is the tragic loss of life in circumstances in which the death could be avoided.”

Prude’s arrest, and subsequent death, was captured on police body cameras and had sparked outrage across the country over racial injustice.

Appealing to the people to respect the jury’s decision, Ms James said, “While I know that the Prude family, the Rochester community and communities across the country will rightfully be devastated and disappointed, we have to respect this decision.”

His death bore a striking similarity to that of George Floyd who died in police custody, a few months later, leading to widespread protest in the country.

The police body camera footage which was made public on 4 September last year, showed him being handcuffed and naked with a spit hood over his head as an officer pushed his face against the ground, while another officer pressed a knee to his back.

The officers held him down for about two minutes until he stopped breathing. He died a week later on March 30, after being taken off life support.

The county medical examiner listed the manner of death as a homicide caused by “complications of asphyxia in the setting of physical restraint”, citing PCP as a contributing factor. Seven officers were suspended after his death became public.

Spotify can play your liked songs by genre or mood

A sharp surge in bond yields coupled with rising commodity prices have come back to haunt equity markets, with most

Explained: How bond yields impact stock market & what should investors do?

The week in 43 photos