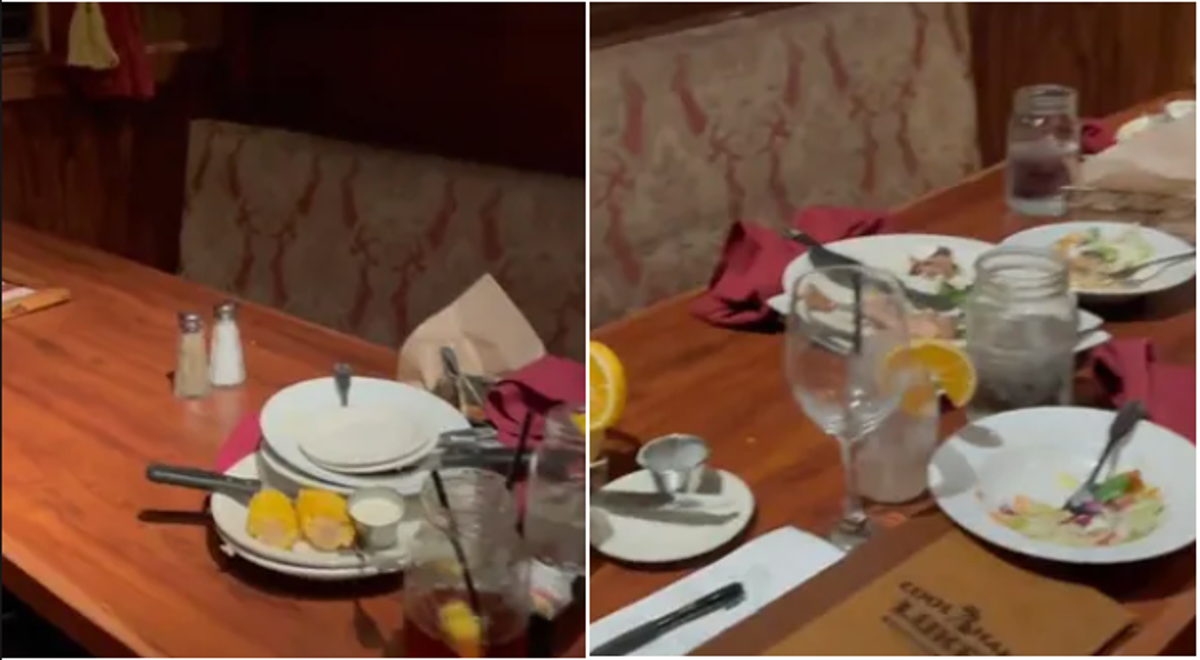 A restaurant patron’s post has gone viral on TikTok, after showing the difference in manners between younger and older customers.

Sally Loeza’s video contrasts the dining etiquette between one group, who left their table neat and tidy at Cool Hand Luke’s restaurant, with dishes stacked at the end of the table, before panning around to a table with plates napkins and glasses left messy across the surface.

“I’m not the waitress. I was the customer to the left,” Loeza clarified on the post, and referring to the younger tidy table. “Even though it’s not ‘our job’ it takes five seconds to pick up after yourself and requires zero effort.”

Plenty of people chimed in on the debate. “Everyone I know (gen x) does this and none of us are servers or ever have been. But I’ve never seen anybody under the age of 30 do this,” said one user.

Others claimed to be wait staff and stated that they would prefer it if people didn’t stack plates.

“Worked service 15 [years] and actually hated when customers did this, they always stacked them wrong. [I prefer] to do it myself,” said one user.

It was also debated whether customers should have to tidy up, especially if they are tipping for service. Loeza explained that her video was simply an example of “how younger ppl tend to be nicer to servers”.

There’s long been a social media debate between boomers and generation z, with boomers thinking the younger generation is entitled and lazy, and gen z calling boomers closed-minded.

“They get paid to do that” VS “we know restaurant life is hard, here, let us help you out”

Waitress Kaitlyn Brand posted similar viral footage on TikTok in late 2020, showing the difference in two tables, one left tidy with stacked plates (the young table) and the older table left in a mess (the older generation). She wrote a caption about the two mindsets. “‘They get paid to do that’ VS ‘we know restaurant life is hard, here, let us help you out’.”

Ari Fletcher Gifts MoneyBagg Yo 28.8 Acres Of Land For His 30th Birthday

US rules out adding India or Japan to security alliance with Australia, UK

Mideast in shambles, but the world has moved on for now

Exciting plans for Colorado as they maintain responsible tourism strategy

J.Lo Just Schooled Us on How to Style a Bra Top for Fall

Stricker: US haven’t known how to contain Poulter

The Best Tummy-Control Shapewear to Invest In

Is Usyk the ultimate nightmare for AJ?

Honestly happier – the footballer who came out as bisexual

These Photogenic Trends Are Officially Taking Over, and I’ve Got the Proof

My Mom & I Think These 39 Fall Items From Nordstrom, H&M, and Amazon Are Stellar