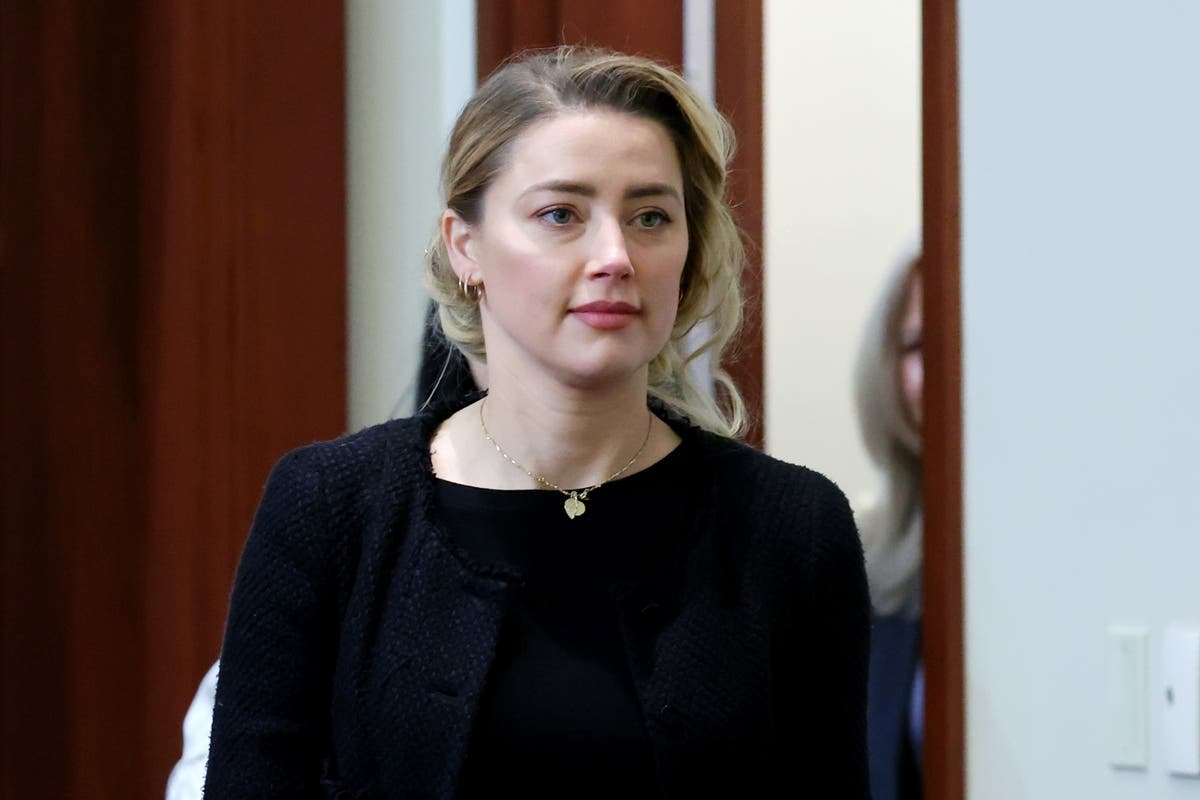 Amber Heard purportedly wanted a section pointing to her relationship with Johnny Depp put back into her 2018 op-ed on domestic violence after edits were made by lawyers to remove references to the marriage, the jury in the couple’s defamation trial learned during testimony from the chief operating officer of the ACLU.

The trial between Mr Depp and Ms Heard began on 11 April in Fairfax, Virginia following Mr Depp’s lawsuit against his ex-wife in March 2019. Mr Depp is arguing that she defamed him in a December 2018 op-ed published in The Washington Post titled “I spoke up against sexual violence — and faced our culture’s wrath. That has to change”.

Terence Dougherty, the chief operating officer and general counsel of the American Civil Liberties Union (ACLU), appeared in court on Thursday via a pre-recorded deposition filmed in December of last year. He spoke about how in-house counsel for the ACLU helped draft and review Ms Heard’s op-ed.

Ms Heard was announced as an ambassador for the ACLU in December 2018 around the same time that her op-ed was published. The ACLU was one of two organisations, the other being an LA children’s hospital, to which she pledged to donate her $7m divorce settlement. How much of that amount that has actually been donated was questioned in court earlier on Thursday.

Mr Dougherty was shown an email from then ACLU communications staffer Gerry Johnson who asked for input on Ms Heard writing an op-ed on the topic of gender-based violence. Mr Dougherty said Ms Heard agreed to serve as an ambassador and that ideas were being developed for her to write a column.

“If she feels comfortable she could interweave her personal story,” the email states.

Among a number of messages shown to Mr Dougherty is an email from an ACLU member of staff sending a draft of the column.

“I tried to gather your fire and rage and really interesting analysis and shape that into an op-ed form,” the staff member writes in the email.

Mr Dougherty said during his deposition that he understood “fire and rage” to be referring to gender-based violence and not specifically Mr Depp.

Mr Dougherty was asked if it was his “understanding that it was the ACLU staff member who prepared the first draft of the op-ed?”

“Your lawyers should review this for the way I skirted around talking about your marriage,” an email states, adding that they hope that it doesn’t interfere with the non-disclosure agreement Ms Heard signed in connection to her divorce.

The court was told that the first draft of the op-ed was changed after a meeting between Ms Heard and staff member Robin Shulman.

Mr Dougherty said Ms Shulman spoke about personal experiences with Ms Heard that she used in the column.

He was then asked if Ms Heard’s advisors changed a draft to take out any references to her marriage.

“Is it also true that there were some at the ACLU who expressed their belief that excising those references to her marriage and divorce from Johnny Depp made the op-ed less impactful, correct?” Mr Dougherty was asked during his deposition.

“That is correct,” he said, adding that the op-ed that was eventually published in The Post is “very different” from earlier drafts and “did not refer directly to Ms Heard’s relationship with Johnny Depp”.

The court was told about another email from an ACLU member of staff who wrote that Ms Heard had sent back the column with final edits from her attorneys that “neutered” many of the references to her marriage.

While Mr Dougherty said he wasn’t sure the word “neutered” was used, he did say lawyers removed references to Ms Heard’s divorce and marriage.

“The goal is to get this out this week to capitalise on the tremendous campaign for Aquaman,” a separate email said, referencing the movie Ms Heard starred in that was released in the US on 21 December 2018.

Mr Dougherty said Ms Heard was going to be the subject of an “incredible amount of press”, meaning that it was an opportune time to raise publicity.

“Every step of the way we were making these decisions with Amber’s PR representatives,” he said.

In a 11 December 2018 email read to Mr Dougherty during his deposition, Ms Heard supposedly expressed a desire to “artfully” reinsert sections referring to obtaining a temporary restraining order from her “then-husband” two years previously. But said she was okay with the final draft if that was not possible.

Ms Heard’s op-ed was published with the title I spoke up against sexual violence — and faced our culture’s wrath. That has to change.

Mr Dougherty said he doesn’t know anything about the title but that he thinks someone at The Post wrote it.

He was then shown a USA Today article that connected the column to Mr Depp.

Despite considerable attempts by Ms Heard’s lawyers to remove any references to Mr Depp and their marriage, the public still made that connection, Mr Dougherty said.

“So much for not mentioning JD,” an ACLU staff member wrote in an email. Mr Dougherty said he also interpreted Ms Heard to be referring to Mr Depp.

“From what I know, Ms Heard involved her attorneys and made changes to the op-ed based on the advice of her attorneys … Based on my investigation, I am not aware of a situation where she did not rely on her attorneys,” he said.