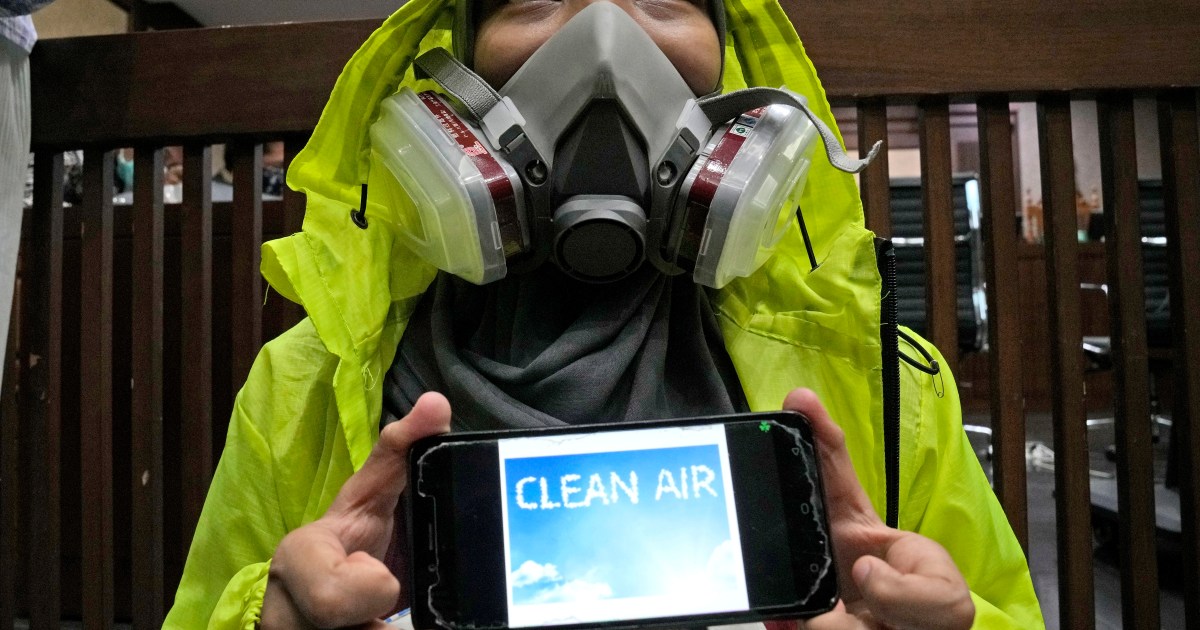 Judges order President Joko Widodo and six other senior officials to take steps to clean up the capital’s filthy air.

An Indonesian court has ruled that President Joko Widodo and six other top officials failed in their duty to ensure the people of Jakarta were able to breathe clean air, in a long-delayed ruling on a landmark court case.

All three judges at the Central Jakarta District Court on Thursday found in favour of the group of 32 residents who filed a lawsuit against Widodo, the ministers of home affairs, health and environment, and the governors of Jakarta, Banten and West Java, designed to hold the government accountable for failing to ensure a healthy living environment in the city.

The court was supposed to have given its verdict on May 20, but the decision was delayed and then repeatedly postponed with judges blaming the weight of evidence and the continuing COVID-19 pandemic. They also said corruption cases should have priority, angering the plaintiffs.

Jakarta has at least 10 million residents and three times that number live in its greater metropolitan area. It is regularly listed among the world’s most polluted cities.

As well as being a major cause of the smog that hangs over the city, traffic congestion is estimated to cost the economy about $6.5bn a year.