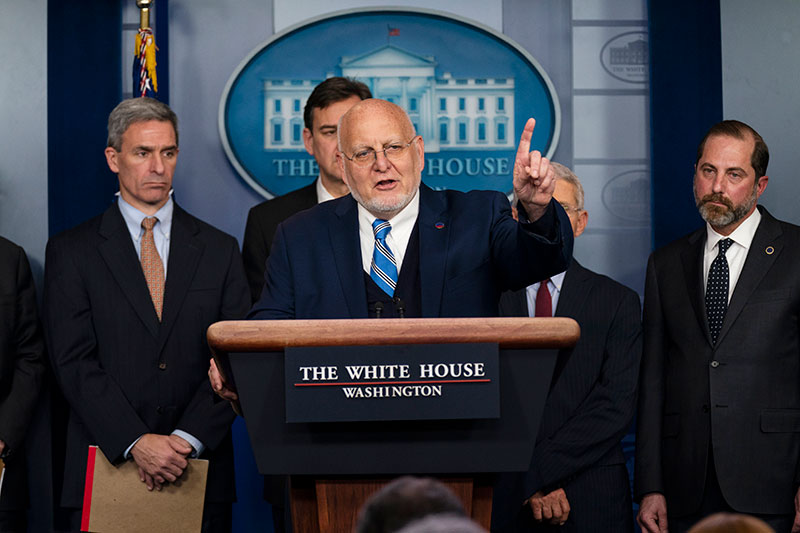 The Trump Administration has implemented new travel restrictions on airline passengers arriving in the United States due to the ongoing coronavirus outbreak. Meanwhile, cruise lines are stepping up their screening procedures and adjusting their routes.

Effective February 2, under the new travel restrictions all foreign nationals who have traveled to mainland China within the past 14 days will be denied permission to travel to the United States, according to a White House statement. Additionally, any U.S. citizen or lawful U.S. permanent resident returning to the United States who has traveled to mainland China within the previous 14 days will need to enter the U.S. through one of the following approved airports:

American Airlines suspended all flights between the U.S. and China as of Friday, January 31. The airline says that it will work to assist all customers affected by the travel restrictions. Those scheduled to fly into a non-approved airport will be rerouted or offered a refund.

Delta temporarily suspended flights between the U.S. and China as of February 2. The airline said it will assist customers affected by the new travel restrictions by re-accommodating them on flights after April 30, on an alternate airline or through offering a refund.

United Airlines will suspend all blights to Beijing, Chengdu and Shanghai from February 5 to March 28, with fewer frequencies to those cities through February 5. The airline will continue to operate one daily flight between San Francisco and Hong Kong. Additionally, United said that it will waive change fees to rebook flights for customers traveling to Wuhan and other destinations in mainland China.

In all cases, travelers are advised to allow for extra time at the airport, as the additional screening will lengthen the normal check-in process.

Cruise lines are likewise updating their security precautions related to the virus, and some have released itinerary changes.

All Cruise Lines International Association (CLIA) member lines will deny boarding to guests or crew who have traveled through mainland China within the past 14 days. Some lines, such as Regent Seven Seas Cruises, MSC Cruises and Norwegian Cruise Line, will deny boarding to those who have visited within the past 30 days. Regent and Norwegian will also conduct non-touch temperature screenings for guests embarking from Hong Kong, and those registering a fever of 100.4 degrees Fahrenheit or higher will not be allowed to board. MSC will conduct these temperature screenings for guests embarking from all ports worldwide.

In terms of itinerary updates, MSC Cruises has announced plans to redeploy the first embarkation port for the MSC Splendida’s Grand Voyage, which is scheduled to depart February 14. The ship will sail from Singapore instead of Shanghai, and planned calls at Naha, Japan, and Hong Kong will be cancelled in favor of new calls at Langkawi, Penang and Kuala Lumpur, Malaysia, as well as Ho Chi Minh City, Vietnam.

Crystal Cruises has cancelled a number of planned calls by the Crystal Symphony in Hong Kong in favor of calls in Tapei, Taiwan. The move applies to the February 2, 7 and 15, as well as its March 1, 15 and 31 sailings.

Seabourn has cancelled a call by the Seabourn Ovation to Xiamen, China, that had been scheduled for Monday, February 3. Instead, the line will adjust the itinerary to include a visit to Sandakan, Malaysia, on Monday, February 10.

Royal Caribbean Cruises has cancelled three sailings through February 8 on the Spectrum of the Seas, which is homeported in Shanghai and primarily sources from the China market.

Thus far there have been more than 17,000 cases of the coronavirus and 362 deaths, one in the Philippines and the rest in China, CNBC reports.

Last week the State Department updated its travel advisory for China to its highest level, Level 4: Do Not Travel. The World Health Organization (WHO) has also declared the outbreak a public health emergency of international concern.

Moody’s: Risk to Cruise Lines, Hotels Growing Due to Coronavirus

Tourism Analyst: Coronavirus Could Have Big Impact on Travel