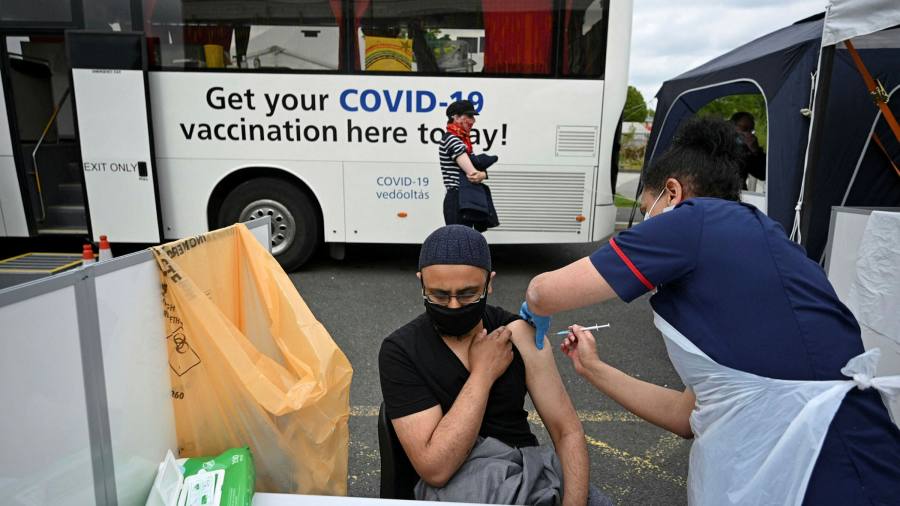 Alberta on Wednesday declared public health emergency, as a surge of cases pushed the healthcare system in the Canadian province — heart of the country’s oil industry — to the brink.

Premier Jason Kenney said that the province’s intensive care units were operating at more than double their normal capacity, and that modelling suggested Alberta could run out of staff to attend ICU beds within 10 days.

Alberta lodged 1,609 new Covid-19 cases and 24 deaths on Wednesday, the most since January. Per capita infections over the last seven days were 2.5 times higher than in Canada as a whole.

The province’s vaccination campaign has lagged behind the rest of the country, with just over 60 per cent fully vaccinated, compared with the national average of nearly 70 per cent.

“We are facing an emergency that requires immediate action to save lives and to prevent an ongoing crisis in our healthcare system,” Kenney said, adding that new measures to counter the spread of the virus would take effect on Thursday, with a second set of rules to follow on September 20.

It was a major reversal for Kenney, who came under fire for removing restrictions despite rising cases in July, and for taking a three-week holiday in August, as the caseload jumped.

On Monday, more than 60 infectious-disease experts called on Kenney to reimpose restrictions. “Hospitals and ICUs across the province are under enormous strain and have reached a point where it is unclear if, or for how much longer, we can provide safe care for Albertans,” they wrote in a letter.

Measures to be introduced on Thursday include proof of vaccination for entry into public venues, limiting capacity of public venues, enforcing physical distancing and requiring those who can work from home to do so.

“The protection of life must be our paramount concern,” Kenney said on Wednesday, “I believe that the vast majority of Albertans understand this and support this.”

Alberta is home to the fourth-largest oil reserves in the world, according to government figures, behind Venezuela, Saudi Arabia and Iran.