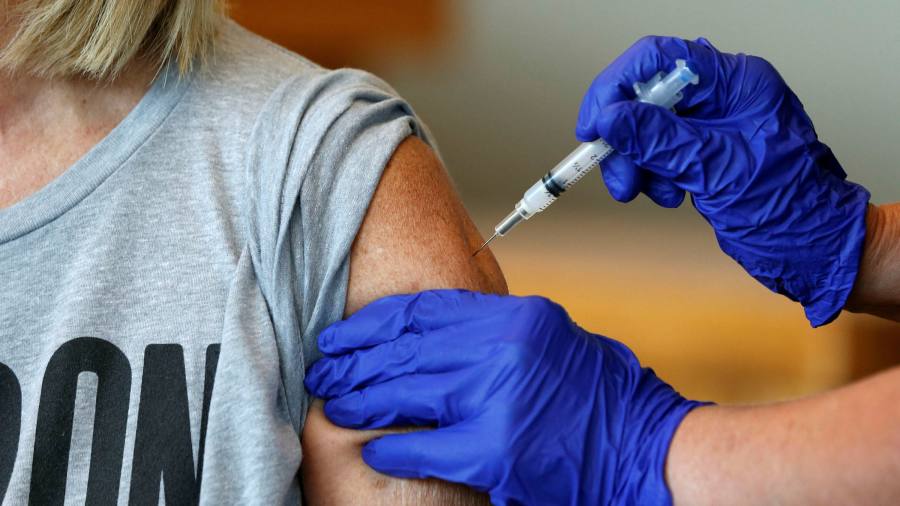 New claims for US unemployment benefits unexpectedly rose last week from a pandemic-era low, though labour market conditions continue to improve despite the volatility of the weekly numbers.

The pace of jobless claims filed for regular state programmes rose by 51,000 in the week ending July 17 to 419,000, the US labour department said on Thursday. That compared with expectations for a drop to 350,000 new claims, according to a Reuters survey of economists.

That marked the biggest weekly rise in claims since March and was the highest level since May.

The report also showed an increase of 13,970 in claims for federal pandemic unemployment assistance — which provides benefits for the self-employed and gig workers — to 110,257.

“While we expect labour market conditions to improve over the rest of 2021, the bump up in claims is a reminder that progress won’t follow a straight line,” said Nancy Vanden Houten, economist at Oxford Economics.

Federal pandemic-related jobless aid is set to expire on September 6, but dozens of states have already ended the benefits with Republican policymakers in particular arguing that these unemployment programmes have discouraged people from seeking work.

The number of Americans filing for new unemployment benefits has gradually receded this year as the US economy pushes ahead with reopening. However, concerns about fresh restrictions in response to the contagious Delta variant, which now accounts for 83 per cent of new US cases, spooked investors this week.

“Investors probably don’t want to hear it, but the [Federal Reserve] will be sticking to the ‘too soon to tell, therefore too soon to make any decisions’ line for several months to come,” said Ian Shepherdson, economist at Pantheon Macroeconomics.

Fed chair Jay Powell has dismissed claims the central bank has been complacent about rising inflation that some worry will undercut the US economy. Fed officials have said they will raise rates once full employment was attained and when inflation has reached 2 per cent and was on track to exceed it moderately for some time.

About 12.6m Americans continue to seek unemployment benefits more than a year after the pandemic began.