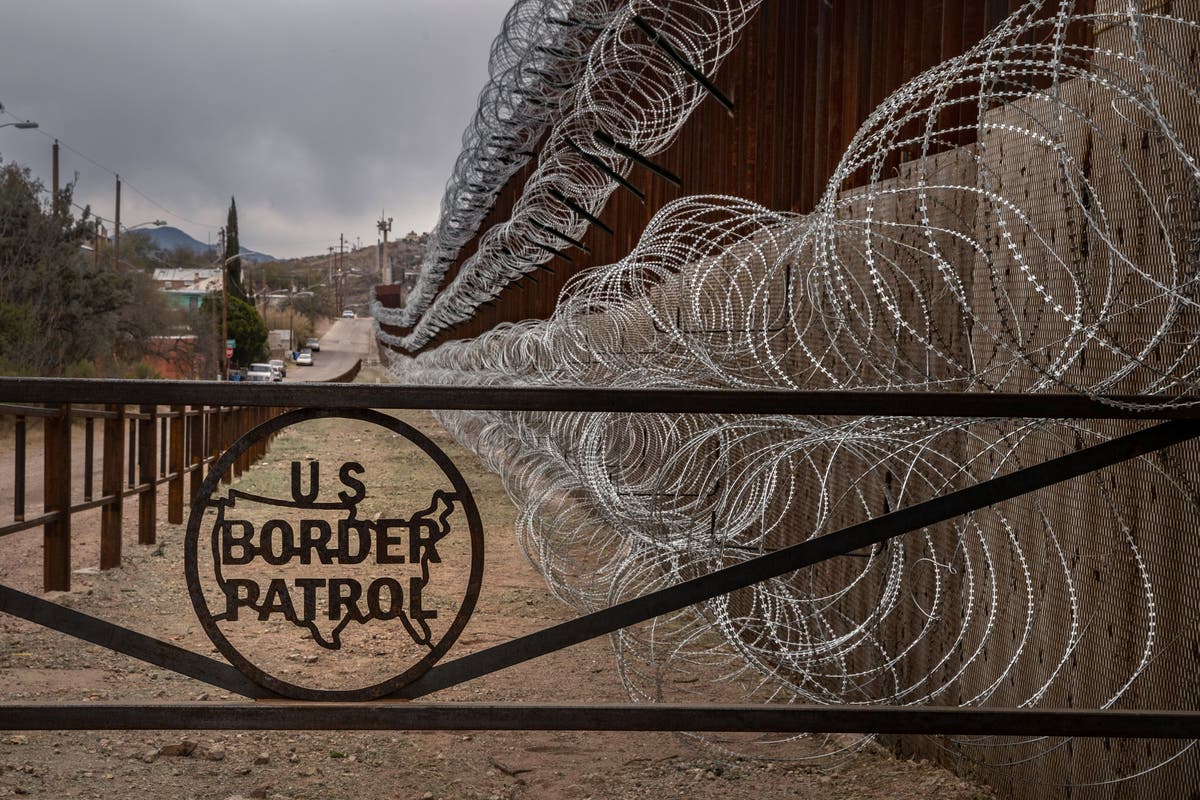 Department of Homeland Security Secretary Alejandro Mayorkas told department employees that he may be green-lighting work on the wall to plug “gaps” in the current wall.

The Washington Times reported that it reviewed notes from a recent discussion between Mr Mayorkas and employees of Immigration and Customs Enforcement.

“It’s not a single answer to a single question. There are different projects that the chief of the Border Patrol has presented and the acting commissioner of CBP presented to me,” Mr Mayorkas reportedly said.

“The president has communicated quite clearly his decision that the emergency that triggered the devotion of DOD funds to the construction of the border wall is ended. But that leaves room to make decisions as the administration, as part of the administration, in particular areas of the wall that need renovation, particular projects that need to be finished.”

Those plans include filling “gaps,” installing “gates” and adding technology to parts of the wall that have been finished but have not been outfitted.

Under Mr Trump, 460 miles of the border wall were built. Most of that construction was done in areas of the border where a barrier already existed, and was used to update the existing structures.

Mr Biden has thus far opposed completing the wall – which would prove extremely difficult as much of the border terrain is rugged, hilly terrain and other areas are controlled by private land owners.

However, Mr Biden has not always been opposed to building boundaries at the border; as a senator, he voted to approve 700 miles of border fencing, and served as vice president under Barack Obama while 100 miles of that fencing was under construction.

Despite Mr Biden’s promise not to build “one more foot” of the wall, the fact that Congress has already allocated money to the project may force his hand to complete its construction.

Under the Impoundment Control Act, when Congress allocates money to a project, that project must be completed. The only exception to that law is if questions of efficiency arise or if a president submits a request to revoke the project.

Mr Biden has not submitted a revocation request.

Thus far, Congress has allocated $1.375bn to the wall each year over the last four years.

Completing the wall would still prove a lengthy and costly endeavour, as the project is far from complete. In early January, US Customs and Border Protection said they had just finalized a plan to build another 300 miles of wall, which could cost taxpayers billions to complete.