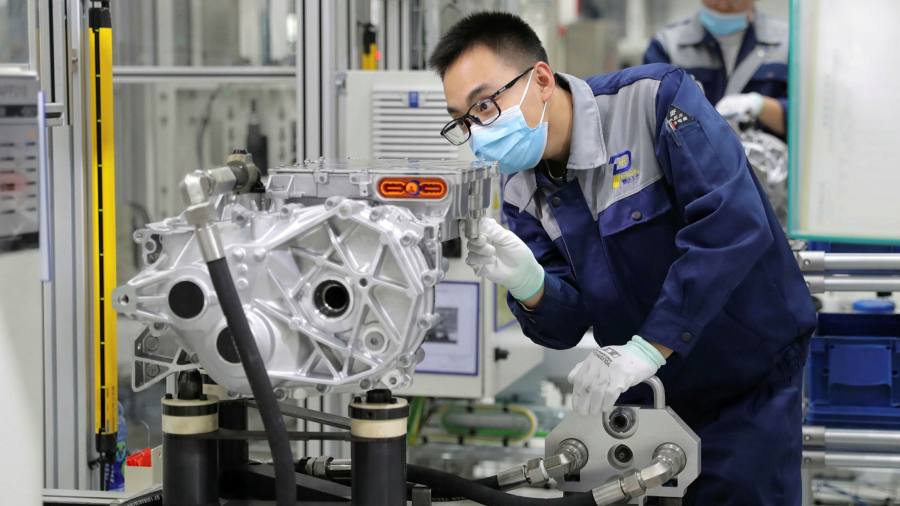 The Asia-based managing partner of one of the world’s largest law firms last week set out what he reckoned was the prevailing story of foreign business in China in the final quarter of 2021. Corporate clients are spooked by a range of factors, he said, adding that global supply chains established over the past two decades are in unprecedented flux and the operative word in boardrooms is “decoupling”.

Nonsense, I was told a day later by an ebullient Asia supremo of one of the world’s biggest investment banks. Whatever souring geopolitics or white-knuckle regulatory uncertainties may afflict the tech and property sectors, Beijing remains fundamentally supportive of private business. The opportunities of a demand-driven market this buoyant remain far too huge to shun. Corporate clients, he said, are either increasing their investment in China, or, for those that blenched during the 2018 opening salvos of the US-China trade war, girding themselves to “re-couple” before the chance is lost.

So which to believe? Or, if both are correct now, which will still be right in a year’s time?

Clearly, we have entered high season for divergent or conflicting China narrative-building. A recent paper from the University of California San Diego makes a brave attempt to unravel the paradoxes of what it calls the “uneasy coexistence of economic decoupling with business-as-usual found in the current era of the US-China trade war”. Its findings, say the authors, help explain why the anecdotal evidence on actual decoupling and divestment is so mixed. For observers and investors inclined to hedge, many have begun to predict an era of “selective decoupling” as the terrain becomes clearer.

For now, at least, both versions are simultaneously compelling because each is carried along on the same torrent of newsflow and chatter. Even single voices, such as that of US commerce secretary Gina Raimondo, provide both sides with ammunition. In late September, she told reporters that there was “no point in talking about decoupling”, because both the US and China wanted access to each other’s economy. In a separate interview the same day, she bemoaned China’s ripping-off of American intellectual property and said that if the US really wanted to slow down China’s “rate of innovation”, it needed to work more closely with non-Chinese allies, such as Europe.

The banker’s take is that large foreign businesses will continue to invest in China while its markets deliver much of their growth, and are doing so with long-term views. In 2020, 27 per cent of European companies with a joint venture in China increased their stake; 18 per cent took a controlling share. They encounter far less official corruption than they used to and for many the economic calculation is easier than before. For makers of consumer or luxury goods, he said, the lesson of the pandemic has been to build manufacturing inside China or risk losing sales. If the reshaping of China’s own manufacturing supply chain requires foreign suppliers to adapt and invest, he says, many will do so however acute the regulatory or political risk may seem.

Behind the lawyer’s narrative is a counterpoint, supported by the ever more fiddly and cost-inducing work he is doing for clients, that little is improving for foreign businesses in China — particularly manufacturers. Forced tech transfers are a huge headache. A recent survey of European companies found a third expecting that China’s evolving cyber security law, data security law and the personal information protection law would have a “sizeable negative impact” on their company in the next five years.

Meanwhile, the wide-angle picture of decoupling, which the FT has separately heard described by executives across the semiconductor, autos and telecoms industries, is that the most sensible approach is to plan as if it is happening. If security concerns and the fostering of national champions in semiconductors and other supply chain choke points persists, many manufacturers must adapt to a decoupled reality, said one Japanese CEO in the semiconductor business.

For now, at least, say bankers, lawyers, academics and investors, the “selective decoupling” narrative may have to do. But we may, at least, have a clean way of monitoring that narrative as it plays out. Japan’s appointment last week of its first minister for economic security may have appeared a broad beat but it is, say political analysts, a tacit admission that the engagement of foreign businesses with China is now a big enough deal to require its own branch of government to oversee.