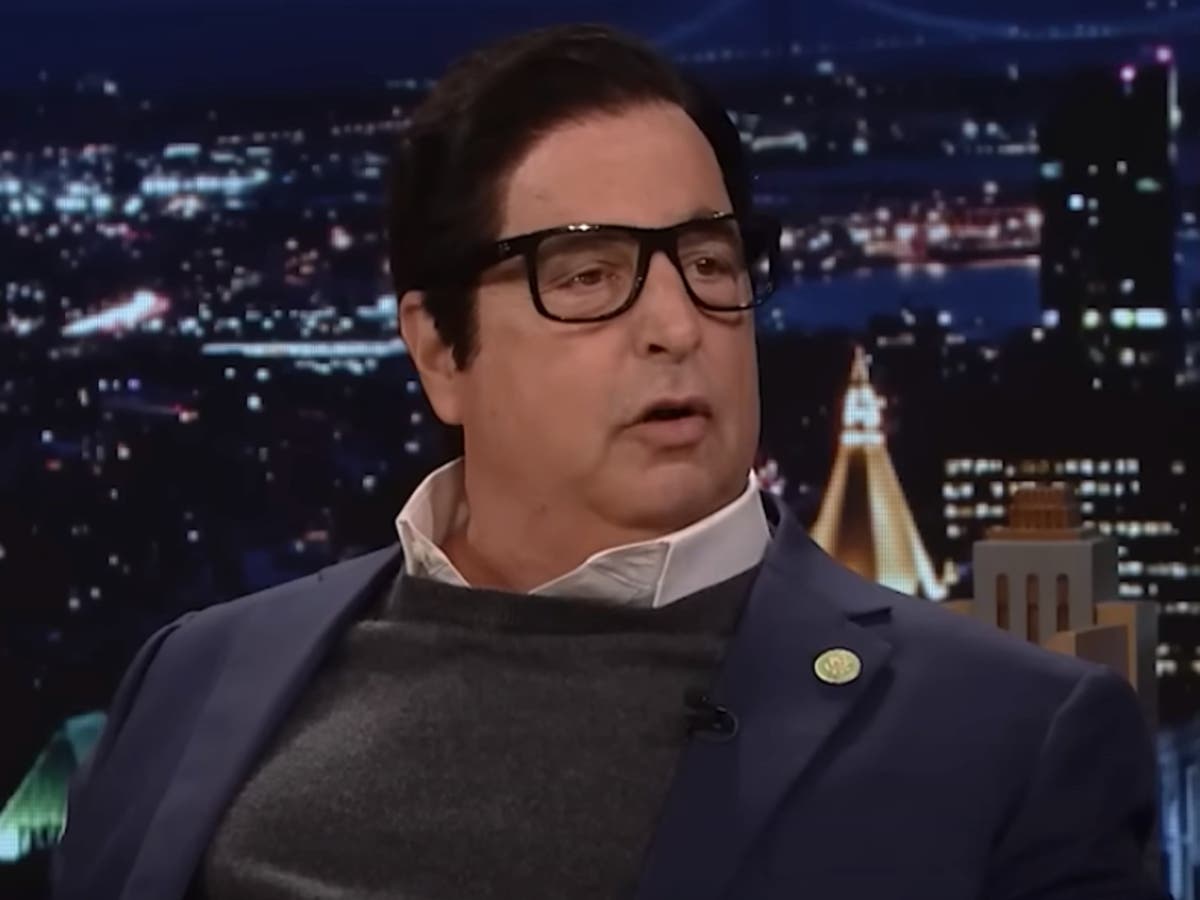 A comedian has clapped back at Congressman George Santos after the New York Republican complained about the comedians appearing on late night talk shows to mock him after he was caught in a litany of lies.

“I have now been enshrined in late night TV history with all these impersonations, but they are all TERRIBLE so far. Jon Lovitz is supposed to be one of the greatest comedians of all time and that was embarrassing – for him not me! These comedians need to step their game up,” Mr Santos tweeted on Monday night.

“Finally!!! You’re honest about something!!!” Mr Lovitz responded on Twitter.

“Thanks the review and advice! You’re right! I do need to step my game up! My pathological liar character can’t hold a candle to you!” the comedian added.
Mr Lovitz appeared on The Tonight Show as Mr Santos, joking that he was in New York to “pick up my Nobel peace prize”.

Harvey Guillén of What We Do in the Shadows, appeared on The Late Show on CBS as Mr Santos, jokingly claiming to have been on the show five times and to have served as the band leader on the programme.

On Jimmy Kimmel Live on ABC, Nelson Franklin impersonated Mr Santos, saying that it makes sense for him to be appointed to the House committee on science, space, and technology because he was the “first openly gay, Jewish, Republican Latino to walk on the moon”.

Bowen Yang took on the role of Mr Santos on Saturday Night Live on NBC, saying “I’m proud to be the first African American quarterback to ever dunk a football”.

The late-night mockery of Mr Santos comes as new footage from a Brazilian podcast interview revealed that Mr Santos claimed to have been the target of an assassination plot and to have been robbed on Fifth Avenue.

The congressman, who has been caught in a number of lies, including falsifying his resume, told the Brazilian podcast Radio Novela Apresenta on 7 December that his home was vandalised in January 2021 because he’s a Republican.

“I’m going to a New Year’s Eve party with my husband. We go back to our house, it was vandalised because we were at a Republican party in Florida in December 2020,” Mr Santos says in a clip published by The Rachel Maddow Show on MSNBC.

“So that’s it. I’ve experienced vandalism,” he adds, according to the translation. “We have already suffered an attempt on my life, an assassination attempt, a threatening letter, having to have the police, a police escort standing in front of our house.”

Mr Santos went on to claim that in the summer of 2021, he was robbed on Fifth Avenue.

“I was mugged by two men. Before asking any questions, they weren’t Black, they were even white, but they robbed me, took my briefcase, took my shoes, and my watch. And that was in broad daylight. It was 3pm I was leaving my office, going to the garage, getting my car, and I was mugged,” he says in the footage.

Heavy freezing rain spreading over much of central Texas