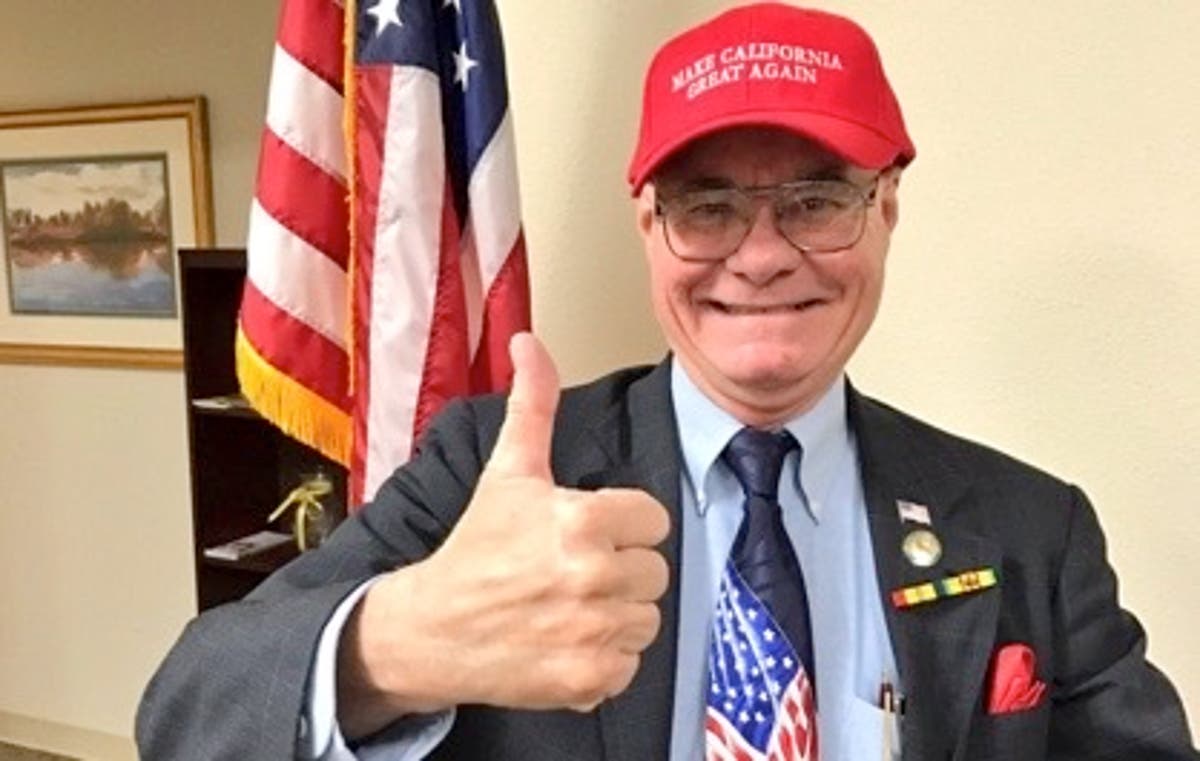 The 22-year-old man accused of murdering five and wounding dozens more in a mass shooting in a Colorado gay nightclub is the grandson of a GOP lawmaker who celebrated the January 6 attack on the US Capitol.

Bartenders Daniel Aston and Derrick Rump as well as patron Kelly Loving were among the five victims killed in the attack. Another 25 people were injured, including 19 who suffered gunshot wounds.

The mass shooting came to an end thanks to the bravery of at least one clubgoer, who tackled the gunman to the ground and detained him until law enforcement arrived on the scene.

Investigators named the suspect as Mr Aldrich, a man who previously fell on police radar last year for allegedly making a bomb threat.

However, they said that he had not had a relationship with Mr Aldrich for nearly ten years, and that he had not tried to interfere with a previous law enforcement investigation into alleged bomb threats by the younger man.

Mr Voepel, a Donald Trump supporter whose social media pages show him sporting a MAGA hat, previously courted controversy with his response to the Capitol riot.

Three days after the insurrection that left five people dead and dozens of police officers injured, the GOP lawmaker likened the rioters to American Revolutionaries.

“This is Lexington and Concord. First shots fired against tyranny,” he said in an interview with the San Diego Union-Tribune. “Tyranny will follow in the aftermath of the Biden swear-in on January 20th.”

His comments prompted calls for him to be expelled from the assembly. Mr Voepel later walked back his comments, saying that he “condemned violence and lawlessness”, reported the Tribune.

Mr Voepel, who serves as the vice chair of the Military and Veterans Affairs, Aging and Long-Term Care, and Public Employment and Retirement committees, ran for reelection this year but lost out in the Republican primary. Prior to becoming an assembly member, Mr Voepel was the mayor of Santee, California, from 2000 to 2016.

Notably, Mr Voepel was in office at the time of the Santana High School shooting, which left two victims dead and 13 more injured.

Public records and social media posts seen by The Independent reveal that Aldrich’s mother, Laura Voepel, is the daughter of the state lawmaker.

In some social media posts, Ms Voepel refers to Mr Vopel as “Dad” and “my father”and at one point she tells him to “keep up the good work”.

Other Facebook posts by Ms Voepel describe her buying a military camouflage suit for her son’s 15th birthday; asking for recommendations for a boxing coach; seeking a trauma and PTSD therapist seemingly for her son; and, after the 2021 bomb threat incident involving her son, asking if anyone knew a “fantastic defence attorney” who could help the family out.

On Mr Voepel’s Twitter bio, he mentions his role as a grandparent.

A family member confirmed to The Denver Gazettethat Mr Voepel is the grandfather of suspected gunman Mr Aldrich.

Neither Mr Voepel nor Ms Voepel have publicly commented on Saturday night’s mass shooting and the outgoing lawmaker’s office did not immediately respond to a request for comment from The Independent.

The link between the Republican lawmaker and the suspected mass shooter came to light as questions are mounting around how Mr Aldrich managed to get his hands on a firearm.

In June 2021, Mr Aldrich was arrested for allegedly making a bomb threat against his mother.

Ms Voepel told police that he had threatened to harm her with “a homemade bomb, multiple weapons, and ammunition”, the El Paso County Sheriff’s Office said at the time. The incident led to a mass evacuation of the area for three hours.

No formal charges were filed and the case was later sealed.

Police confirmed in a press conference on Sunday that the suspect’s previous “interactions with law enforcement” are part of the investigation into the shooting.

This story was updated at 5:02pm Pacific Time on Monday 21 November 2022 to add new statements by sources close to Randy Voepel.

‘You will have blood on your hands!’ Warnings as Elon Musk announces amnesty for suspended Twitter accounts