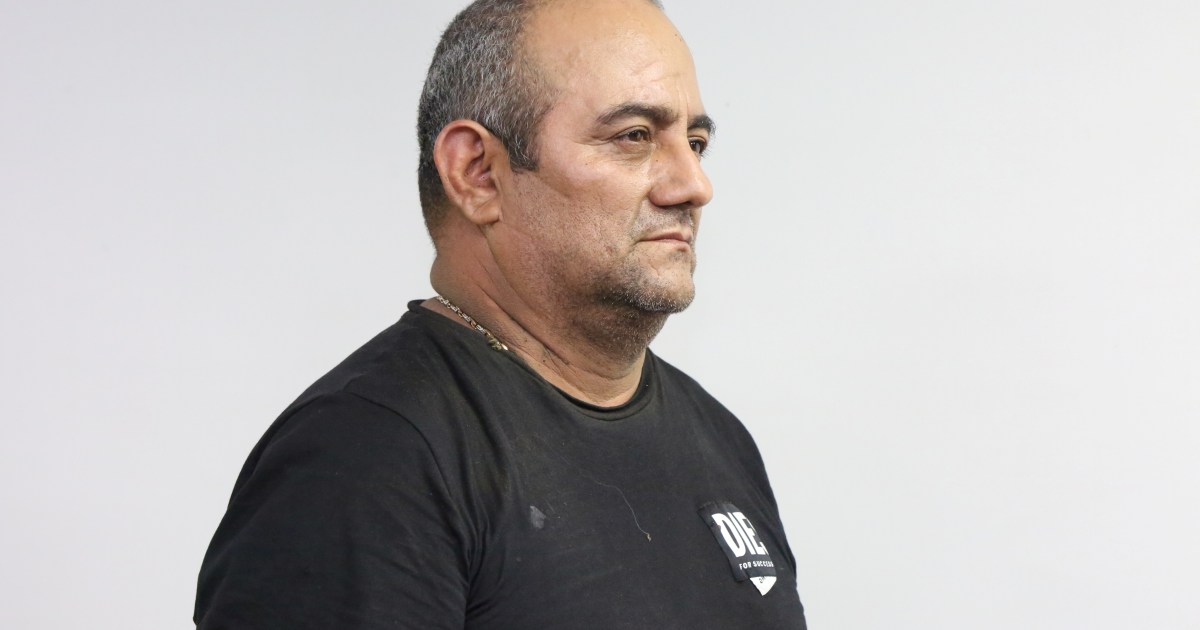 Colombia has said it received a formal request from the United States to extradite accused drug kingpin Dairo Antonio Usuga, known as Otoniel.

Colombian President Ivan Duque said on Thursday that “administrative procedures” related to the extradition “have already been carried out by the ministry of justice and the foreign ministry and yesterday the request was sent to the Supreme Court of Justice”.

Duque said he spoke with Supreme Court President Luis Antonio Hernandez to ask that the matter be dealt with quickly.

Otoniel is accused of exporting hundreds of tonnes of cocaine annually and had been on the wanted list of the US Drug Enforcement Agency for years.

US authorities had offered $5m for information leading to his capture, in addition to the 3 billion pesos (about $800,000) Colombia offered for information.

The Gulf Clan is responsible for the deaths of more than 200 members of Colombia’s security forces, according to local authorities.

Otoniel has seven convictions in Colombia and 128 arrest warrants for the crimes of drug trafficking, arms trafficking, homicide, sexual violence, conspiracy to commit a crime and forced displacement.

The Gulf Clan, or Clan del Golfo, boasts more than 1,200 combatants and is connected to drug trafficking and illegal mining, as well as murders of community leaders.

It operates in 12 of Colombia’s 32 provinces, according to data from Colombian national police.

Colombian authorities launched Operation Agamemnon in 2016 as they worked to close in on Otoniel, killing and capturing dozens of his lieutenants, going after his finances and forcing him to be constantly on the move, according to police.

Despite decades of fighting against drug trafficking, Colombia remains a top global producer of cocaine and faces constant US pressure to reduce its coca crop, the drug’s main ingredient, and cocaine production.

Drug trafficking helps finance illegal armed groups in Colombia amid a long-running internal conflict that has left more than 260,000 dead.

So far this year, Colombia’s armed forces have seized a record 595 tonnes of cocaine, Duque said, breaking the previous record of 505 tonnes in 2020.

Kevin McCarthy has been speaking for more than an hour