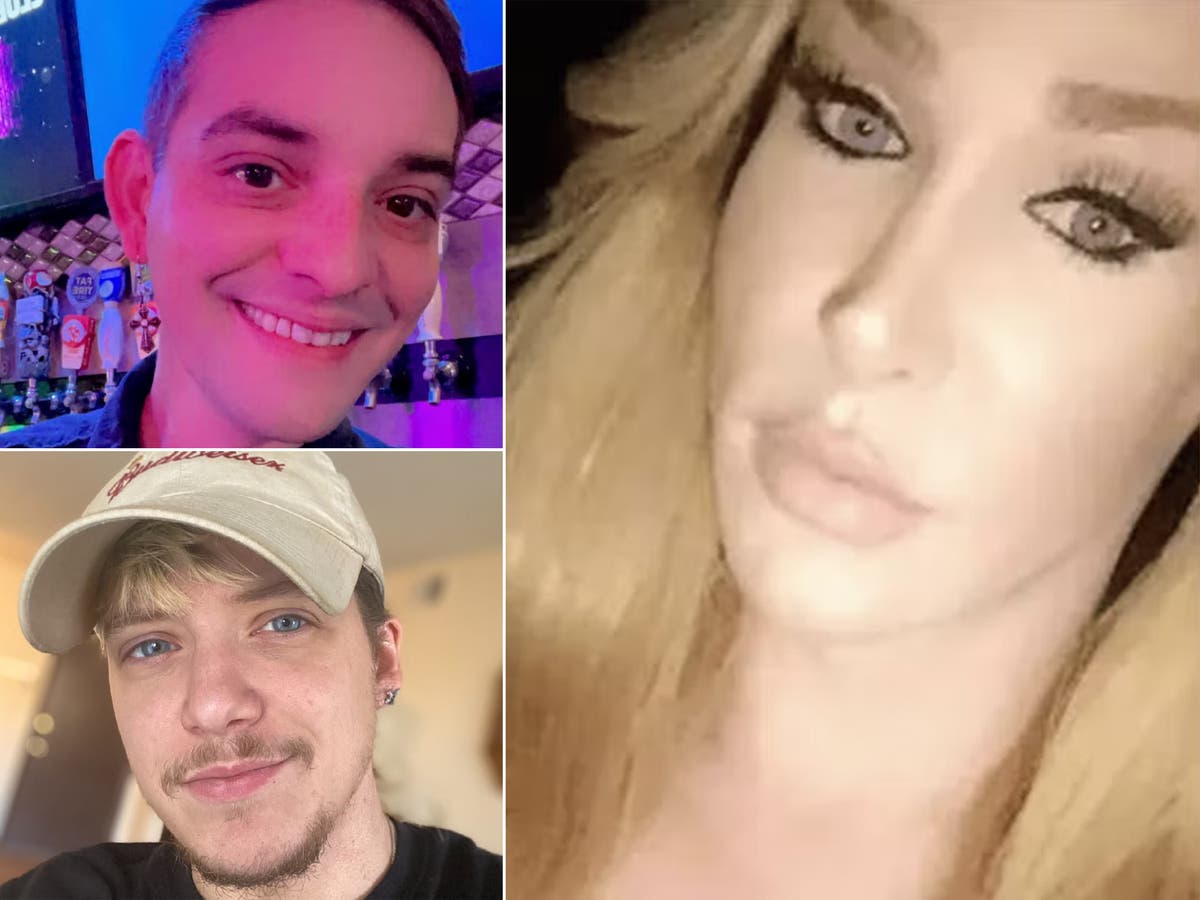 The five victims who lost their lives in a mass shooting at a Colorado Springs LGBTQ nightclub have been identified.

A gunman burst into Club Q and opened fire just before midnight on Saturday, opening fire with an AR-15-style rifle and a handgun.

The suspect — identified by police as Anderson Aldrich, 22, allegedly shot five people; two bartenders, a mother-of-one on a night out, a transgender woman and a local man celebrating a friend’s birthday.

Police initially said 25 were wounded in the attack, but revised the figure down to 18 on Monday. Many suffered horrendous injuries and face a lengthy recovery.

Mr Aldrich has been arrested on suspicion of five counts of first-degree murder, and five counts of hate crime causing bodily injuries. He is expected to face further charges.

The shooting sparked renewed calls for stricter gun laws and mourning throughout the LGBT+ community, which has been warning since the start of this year that increasingly violent political rhetoric about LGBT+ people could lead to deaths.

Here is what we know so far about the five victims of the Colorado Springs shooting.

“Yooooooo, I gotta job!!!!” tweeted Daniel Alston in August 2020. The young transgender man had recently been persuaded by his parents to move to Colorado Springs from Oklahoma, and landed a gig at Club Q.

“He was the happiest he had ever been,” Mr Alston’s mother Sabrina Alston told Colorado Public Radio. “He was thriving and having fun and having friends. It’s just unbelievable. He had so much more life to give to us and to all to his friends and to himself.”

Mrs Alston said she had known her son was trans since he was four years old, when he began insisting he was a boy and “refusing to wear girly clothes”. He began transitioning after leaving university, when he started hormone replacement therapy to masculinise his body.

Mr Alston made friends quickly, and the club became a home to him. “Every single goddamn time I even have the slightest thought of leaving Club Q, someone comes up and tells me ‘you’re the reason I love this bar’ or ‘you and [fellow bartender] Derrick make me feel so safe and welcome here’,” he tweeted in January.

In September he said: “I’m so f***ing grateful to everyone that I’ve met here in Colorado. Seriously, I thank god for y’all. I’m not sure if I would’ve survived without you guys.”

Derrick Rump was another bartender at Club Q, where he often performed in drag shows.

“Derrick, you always treated me so sweetly and brightened up my days when I’d come out and see you at the Club,” said his friend Anna Maria Elena on Facebook.

“[You] always made sure I was taken care of – and not just as a bar patron, as a friend. I’ll miss you and your smile that could light up the darkest of your rooms, and your laugh that rubbed off on everyone around you.”

Another friend, Delaney Sailer, said they had known Mr Rump for seven years and that he had often sat outside on the patio with them listening to their troubles.

Ms Loving’s sister Tiffany Loving told the New York Times that she was informed of her sister’s death by the FBI.

Tiffany said the sisters were extremely close, adding: “She was loving, always trying to help the next person out instead of thinking of herself. She just was a caring person.”

Ms Loving, 40, had recently moved to Denver and was on a weekend trip to Colorado Springs.

Close friend Natalee Skye Bingham told the Times she had been Facetiming with Ms Loving moments before the deadly shooting.

“She was like a trans mother to me. I looked up to her,” Ms. Bingham told the Times.

The last words she said to Ms Loving were: “Be safe.”

Ashley Paugh, 35, was a devoted family woman whose death had devastated her 11-year-old daughter, her sister Stephanie Clark said in an interview with NBC News.

Ms Paugh, from La Junta, Colorado, had travelled to Colorado Springs with a friend to see a comedian perform, her sister said.

She leaves behind a husband and her daughter.

Raymond Green, 22, was celebrating a friend’s birthday and was visiting Club Q with his girlfriend and her family.

“His absence will leave irreparable heartbreak in countless lives,” his family said in a statement to The Gazette.

In a post on Facebook, his girlfriend’s parents wrote that they were “devastated and torn” by Green’s death.

“We are going to miss him and his bright smile so much.”

A woman who was out for a night of dancing with her brother was left with 13 bullet holes in her body after being wounded in a mass shooting at an LGBTQ club in Colorado Springs, family say.

Charlene Slaugh, 35, and her brother James Slaugh were preparing to leave Club Q on Saturday night when a gunman opened fire, killing five and wounding 25 others, according to a GoFundme page set up by friends to support the family.

Charlene was shot at least once in the abdomen and suffered a collapsed lung. She is recovering after undergoing surgery and faces a long recovery, according to the fundraiser.

“She’s packed with military gauze for now and stable, but they identified 13 holes so far from one or more bullets,” reads the GoFundMe.

Her brother James was shot in the shoulder and was due to undergo surgery on Sunday night. His partner was shot in the legs, the GoFundme page states: “James and his partner met at Club Q and always considered it a safe space.”

Tara Bush, a DJ who performs under the name DJ T-Beatz, was also among the 25 who were wounded at Club Q.

Ms Bush underwent surgery for gunshot wounds on Sunday, according to a friend who has set up a GoFundme to help fund her medical treatment.

Friend and flatmate Bonnie Herbst told the Washington Post Ms Bush was shot twice in the back, and was in a stable condition in ICU.

Ms Herbst added that friends and family had been unable to visit her at UCHealth Memorial Hospital because the gunman was being treated there, and authorities had placed it on lockdown.