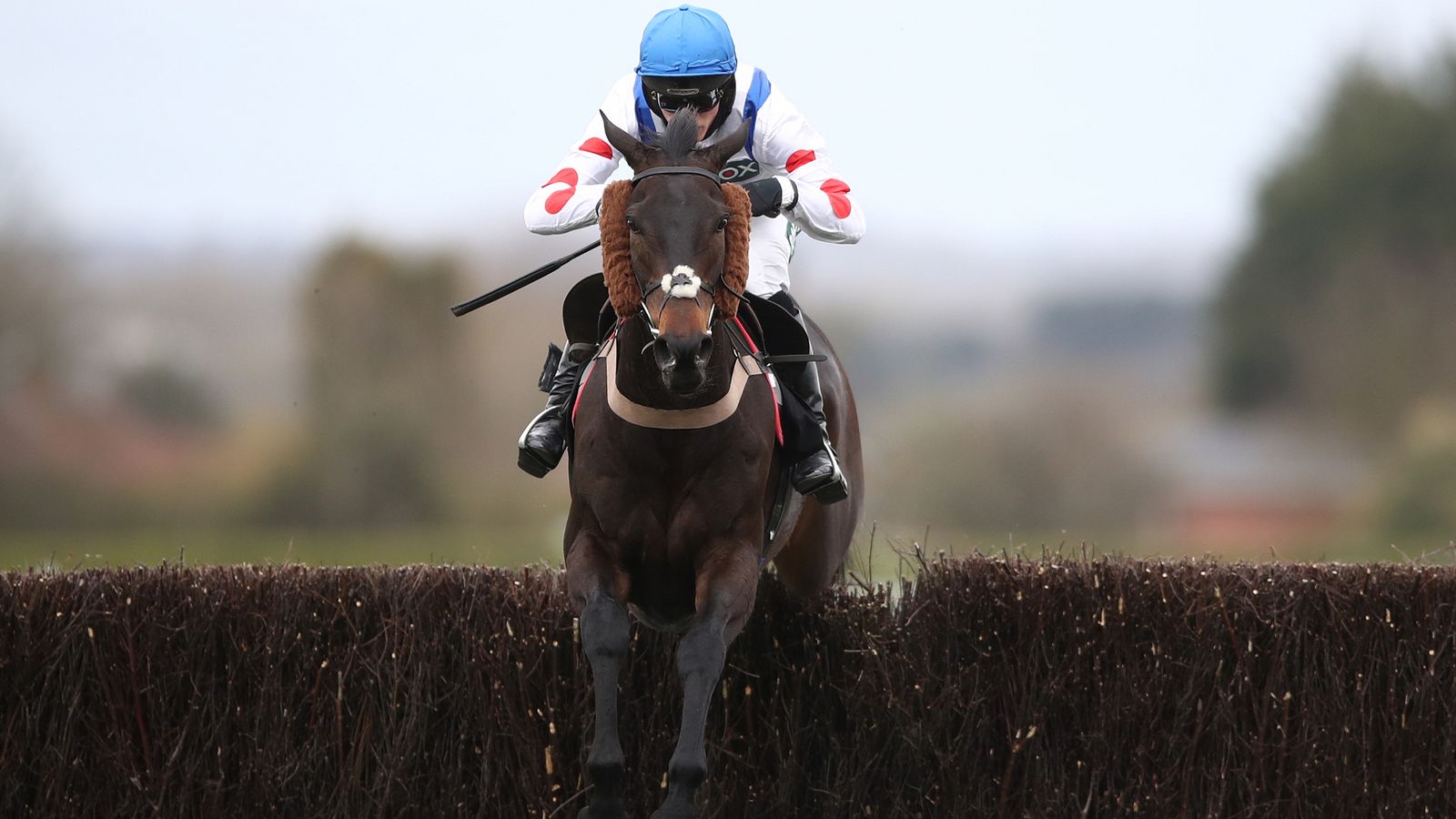 Clan Des Obeaux made it third time lucky in the Betway Bowl Chase at Aintree with a superb performance.

It was also a red-letter day for Sir Alex Ferguson and his fellow owners, after the same colours were earlier carried to victory in the two previous Grade Ones by Protektorat and Monmiral.

The Paul Nicholls-trained nine-year-old was third in this race in 2018 and second in 2019. He finally got his just reward in some style to give Nicholls and jockey Harry Cobden a double after Monmiral.

Mister Fisher made the running to the 12th fence, where he unseated Nico de Boinville after making a bad mistake.

Clan Des Obeaux soon led after that and stretched the opposition. Clondaw Castle was the only horse able to lay down a challenge, but he could not live with the 5-2 favourite, who drew well clear to win by 26 lengths. Clondaw Castle was 18 lengths ahead of Native River.

Dual Grand National hero Tiger Roll was fourth, a further 48 lengths away as the field finished well strung out.

Nicholls said: “When he’s been here before he’s had two hard races in the Gold Cup so the best thing we did was not take him there (Cheltenham), it makes such a big difference as it’s hard to do both.

“Perhaps he was disappointing at Newbury, but he did give 6lb to a good horse. It woke us up though as we realised we were probably getting the tactics wrong. We know to be positive on him now.

“Obviously next season the King George will be his number one aim, then back here and I’d like to go for the Denman again. If the ground is decent the Betfair at Haydock is a nice race for him – as is the Charlie Hall.”

He added: “He’s actually in the Bet365 Chase at Sandown and he doesn’t get a penalty, so that could be interesting. I’ve always thought that race would suit him. We didn’t put him in at Punchestown, but I did say if we could win this we could always supplement.”