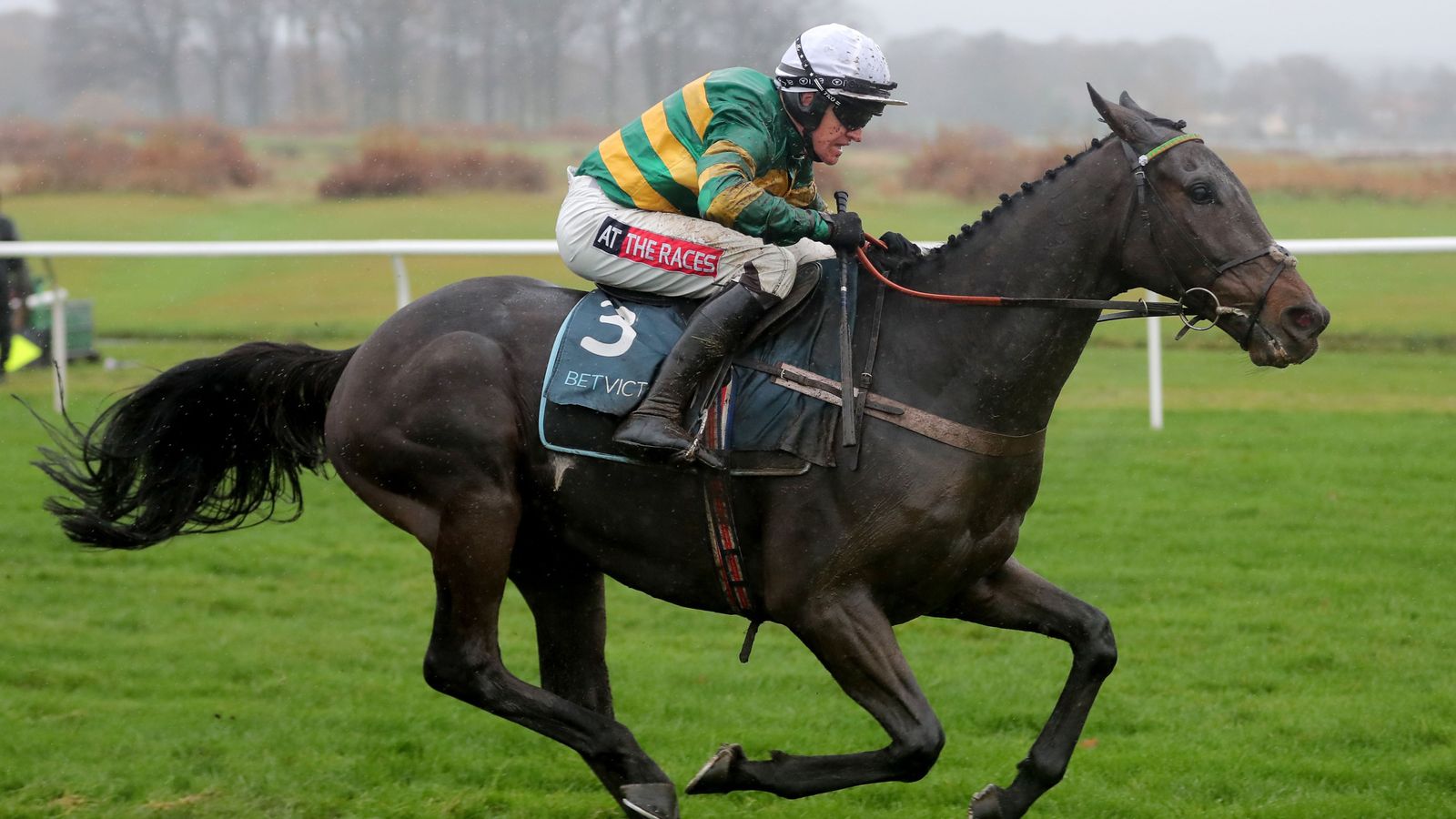 Buveur D’Air bids to roll back the years and claim a second victory in the Betway Aintree Hurdle.

It is four years since the dual Champion Hurdle hero claimed Thursday’s two-and-a-half-mile Grade One – and he finished second to Supasundae when the race was last run in 2019.

However, Buveur D’Air has endured a far from straightforward couple of years since – with a freak hoof injury suffered in the Fighting Fifth at Newcastle later that year keeping him on the sidelines until his comeback at Haydock in January.

After he was beaten by Navajo Pass there, connections ultimately opted against bidding for a third Champion Hurdle at Cheltenham last month – a decision trainer Nicky Henderson hopes will pay off on Merseyside.

He said: “He’s come on since Haydock. We had a little hiccup before Cheltenham, which helped us make the decision to come here.

“I think the extra half-a-mile is not an unnatural thing to do when you’re 10 years old.”

The Seven Barrows handler believes it is a triumph in itself that Buveur D’Air managed to return to the track following the setback he suffered in the north-east almost 18 months ago.

He added: “It was a freak thing that happened to him at Newcastle – the photograph of that piece of wood sticking out of his hoof was absolutely terrifying.

“Both our vets here and the vets in Ireland have done an amazing job. To be fair, it’s a miracle he’s racing again at all.

“To win a race like this and get one back always gives you great satisfaction.”

Among Buveur D’Air’s opponents, Olly Murphy’s Brewin’upastorm and the Paul Nicholls-trained McFabulous renew rivalry after finishing first and second in the National Spirit Hurdle at Fontwell in February.

Murphy said: “It’s been a long-term plan, and two and a half miles on good ground are his ideal conditions.

“It looks very competitive, but he’s going there in the form of his life – and fingers crossed, he’s got a real good each-way chance.”

Nicholls is confident McFabulous can gain revenge, telling Betfair: “Things didn’t go his way at Fontwell, where the track was a bit tight for him and he was caught in a pocket at a crucial time.

“He was also giving 6lb to the winner, who is very good on his day.

“McFabulous will be much happier round a galloping track like Aintree and will relish the drying ground. Hopefully he will go very well.”

Abacadabras and Jason The Militant are two leading contenders from Ireland.

Denise Foster’s Abacadabras was an early faller in the Champion Hurdle at Cheltenham, while the Henry de Bromhead-trained Jason The Militant was last seen landing the rescheduled Red Mills Trial Hurdle at Fairyhouse in February.

Foster said: “Abacadabras looks amazing at the moment – and I’m looking forward to him, definitely.

“It’s an open race, and I think he would be one of the horses I’d be looking forward to most (this week).”

Three-time Grade One winner Song For Someone (Tom Symonds) and Christmas Hurdle hero Silver Streak (Evan Williams), who is the highest-rated horse in the field, also feature in an 11-strong field.

Alexander-Arnold sends message to in attendance Southgate after Liverpool winner

Anderson Silva Gets Emotional Over DMX, He Was a Huge Part of My Life