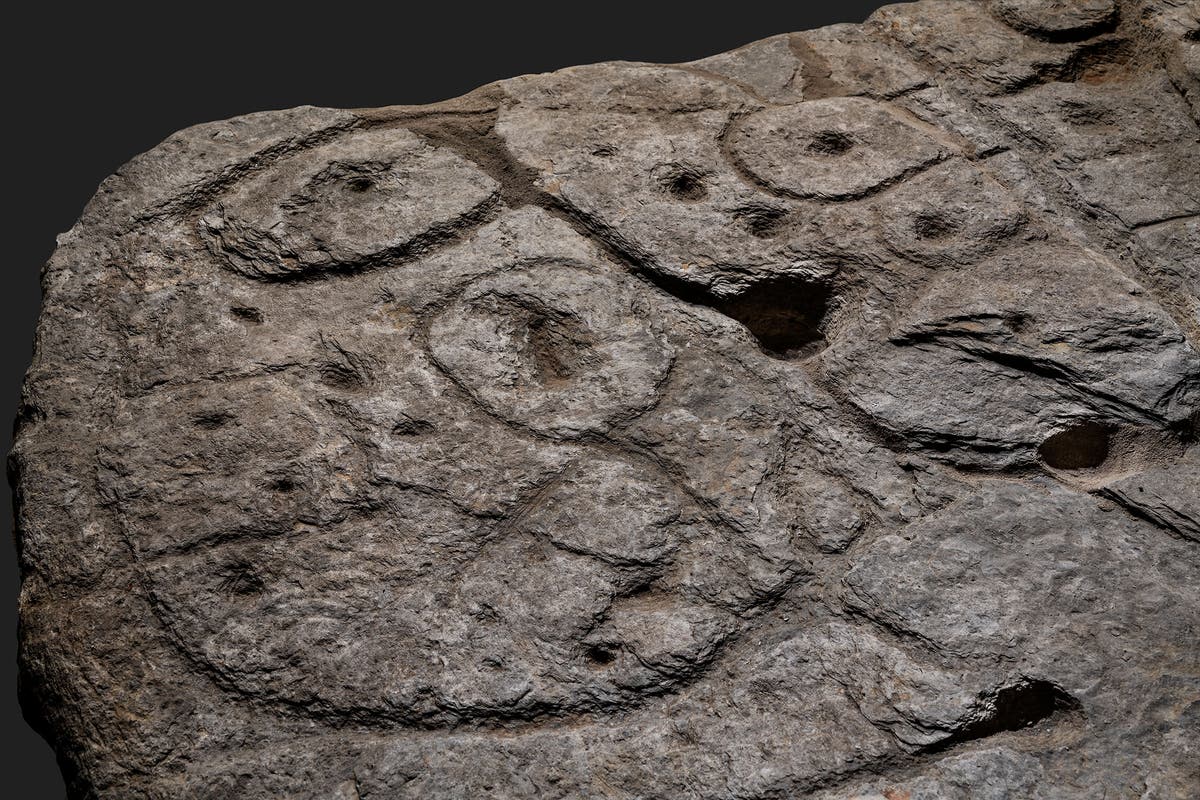 A Bronze Age slab which was excavated in France in 1900 but forgotten for more than a century may be the oldest known map in Europe, archaeologists have said.

The intricately carved stone is thought to date from 2150-1600 BCE and uses 3D topographical carvings to map out the valley of the River Odet in western Brittany.

French and British researchers identified the slab, which had been stored in the cellar of a nearby castle, as the oldest cartographical representation of a known territory in Europe.

They said the 4,000-year-old piece, which measured 2.2m long, 1.53m wide and 16cm thick, was likely to be a symbol of the political power of a principality that existed in the early Bronze Age. Despite its age the stone showed no sign of weathering, suggesting it was buried soon after its construction.

Experts from Bournemouth University, the French National Institute for Preventive Archaeological Research, the French National Centre for Scientific Research and the University of Western Brittany examined the carved slab and found repeated circular, square and cup shapes and adjoining lines apparently depicting the river network as well as roads, settlements, fields and a burial mound.

The slab shows an area of about 21km by 30km and motifs that were interpreted as signifying a settlement, suggesting the centre of the territory lay at the confluence of three river springs – the Odet, the Isole, and the Stêr Laër.

Archaeologists leading the study, which is published in the French journal Bulletin de la Société Préhistorique Française, said the map was likely to have been made at a similar time to the Nebra sky disk found in Germany – the oldest known concrete depiction of the cosmos.

They said the two stone pieces highlighted the cartographic knowledge of prehistoric societies.

The so-called Saint-Bélec slab was re-used in a burial to form one of the walls of a stone cist – a small coffin-like box used to hold the bodies of the dead – towards the end of the early Bronze Age, around 1900-1640 BCE.

The slab was acquired by a private museum in 1900 before France’s Museum of National Antiquities bought it in 1924. It was stored in a chateau moat until the 1990s, and then in 2014, it was found in a cellar of the castle.

Researchers only discovered the significance of the carvings after conducting high-resolution 3D scans of the slab in 2017.

“This is probably the oldest map of a territory that has been identified,” Dr Clément Nicolas from Bournemouth University, one of the study’s authors, told the BBC.

“There are several such maps carved in stone all over the world. Generally, they are just interpretations. But this is the first time a map has depicted an area on a specific scale.”

Dad’s fury after paying £400,000 for a new home but Aussie builders only finished HALF