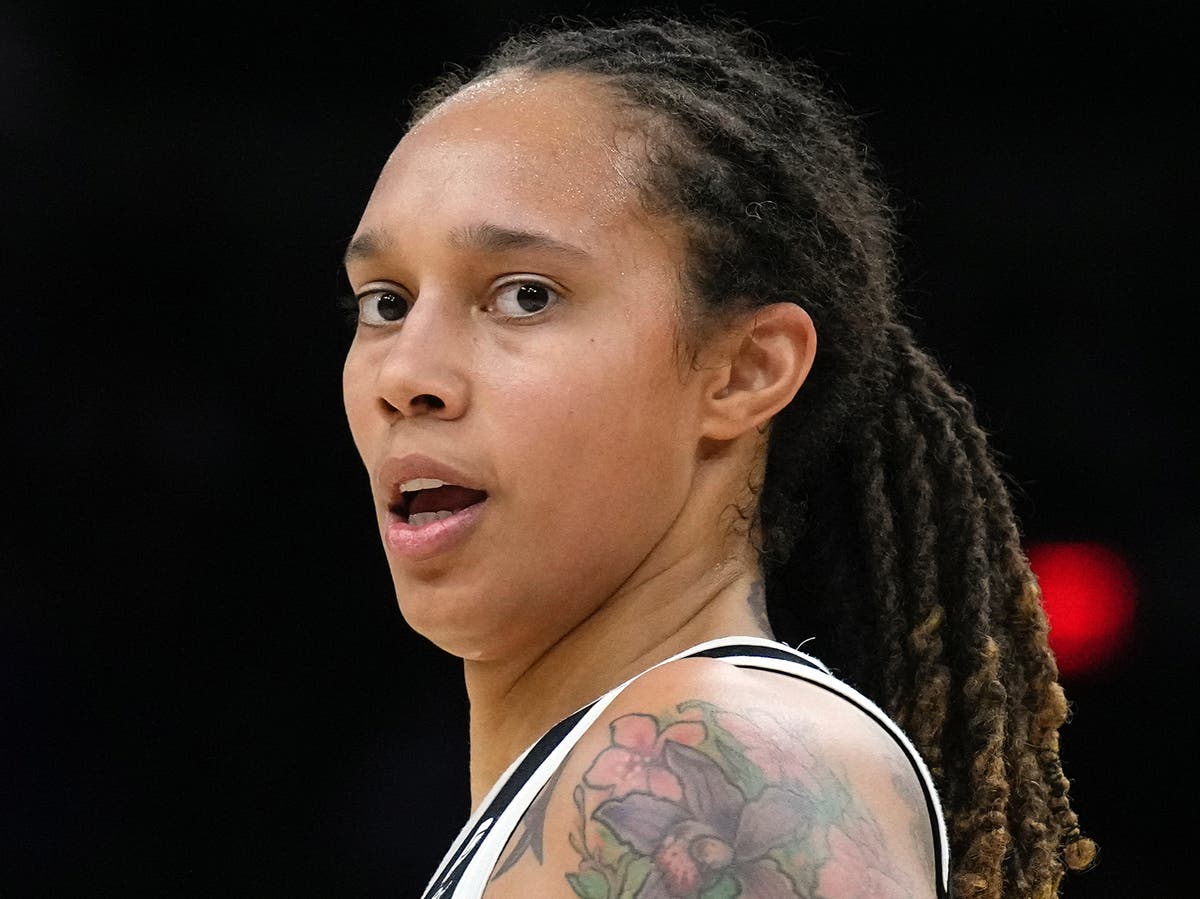 The wife of women’s basketball player Brittney Griner has welcomed news of the release of another American, Trevor Reed, from Russia as part of a prisoner swap.

Cherelle Griner, who is married to the WNBA player imprisoned in Russia, said she felt “joy”as Trevor Reed, a former US Marine, was freed on Wednesday.

“As I do everything in my power to get Britney Griner home, my heart is overflowing with joy for the Reed family,” said Ms Griner in an Instagram post. “I do not personally know them, but I do the pain of having your loved one detained in a foreign country”.

Griner, a two-time Olympic gold medallist, was arrested while attempting to leave Russia in February. Authorities accused her of possessing vape cartridges contains a cannabis derivative legalised in many countries.

The athlete, who plays for the Phoenix Mercury, also plays in Russia’s women’s basketball league and had been returning from competing when she was taken into custody.

Many basketball players play in foreign leagues to supplement their income.

Her wife, Ms Griner, added on Thursday that her imprisonment was a “level of pain [that] is constant and can only be remediated by a safe return home. For the Reed family, that day is today. Welcome Home Trevor, sending love to you and your family on this special day.”

The 30-year-old former US Marine was released from his three-year long detention in Russia as part of an exchange between Moscow and Washington DC, which agreed to the release of Konstantin Yaroshenko.

Mr Yasoshenko, a former Russian pilot, was extradited to the US from Liberia in 2010 and arrested on drug trafficking charges. He was exchanged for Mr Reed, who Russian authorities accused of assaulting a police officer in 2019 while intoxicated in Moscow.

News of the prisoner swap came as a surprise to campaigners as well as the Reed family, who had long campaigned for US authorities to negotiate with their Russian counterparts for their son’s release.

That is despite many US administrations being lukewarm to such swaps between prisoners, for fear of encouraging hostile states and others to impression Americans in a bid for concessions.

Mr Reed’s arrest, as well as that of another US citizen, Paul Whelan, have previously been described by US authorities as wrongful detentions.

A senior Biden administration official told reporters on Wednesday that negotiations for Mr Reed’s release centred on a “discrete set of prisoner issues”, and Griner’s case was not mentioned.

The official added that the release also came despite US condemnation of Russia’s war on Ukraine, which was thought to have been another obstacle to the release of Mr Reed.

Additional reporting by The Associated Press.

Lily Peters suspect, 14, held on $1m bond as court told he ‘beat her with stick, strangled and raped her’

US vows to move ‘Heaven and Earth’ on bolstering Ukraine defence