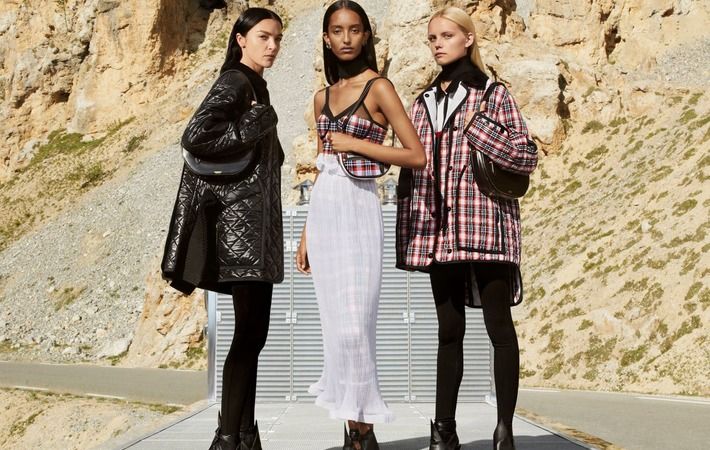 “In the last 12 months, our teams have faced the challenges posed by the global health crisis with similar energy and resolve, guided by our purpose. From manufacturing and donating PPE to healthcare professionals, to leveraging technology to inspire and excite our customers, time and again our people have shown the creativity to open spaces that defines Burberry,” Marco Gobbetti, chief executive officer of Burberry Group, said in a press release.

“The luxury industry is still facing significant challenges due to the pandemic but there is growing confidence that it will return to 3-4 per cent annual growth in the medium to long term as international travel flows start to recover from 2022 onwards,” Gobbetti added. “Having successfully executed Burberry’s transformation and established a strong foundation, we are well positioned to embark on growth and acceleration.”

Meet the Women Who Changed the News Cycle: Carly Zakin and Danielle Weisberg

The ‘unusual’ sister: The socialite who gave up the wild life to become a nun

F.D.A. Tells J.&J. to Throw Out 60 Million Doses Made at Troubled Plant

The most thoughtful Father’s Day gifts on Amazon under $25

75% say they would consider relocating if remote work becomes permanent

Josh Duggar is Facing 20 Years in Prison. He May Not Survive His Sentence.

French Open final of firsts for Krejcikova and Pavlyuchenkova

How to accelerate your data initiatives without hiring a data officer

Isabel Roloff: Suck It, Losers! I Was a Beautiful Bride!

Ilhan Omar Backs Down After Criticism From Jewish Democrats For Her Comparison Of U.S. And Taliban, Hamas

Body found in bag 3,000ft below sea off Tenerife IS missing six-year-old ‘kidnapped by her dad’

With states unlocking, auto manufacturers crank up production in June