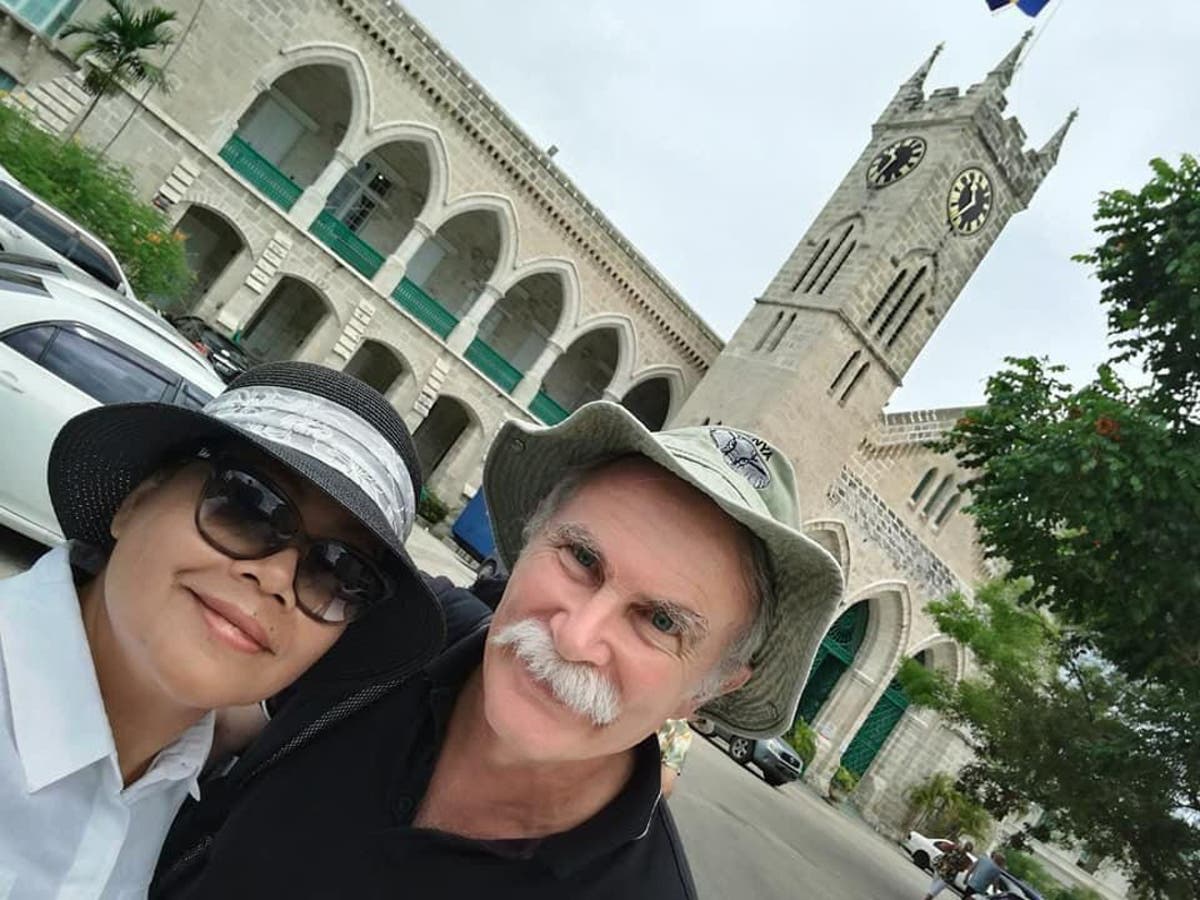 A retired British geologist is facing the death penalty in Iraq after being arrested at the airport over shards of broken pottery, according to his family.

Jim Fitton is due to stand trial in May accused of attempting to smuggle historical artefacts out of the country, they said.

The 66-year-old had picked up shards of broken pottery – after being assured they had no value – on a visit to a historical site, according to a petition calling on the UK government to help facilitate his release.

The retired geologist – who lives in Malaysia – was arrested while trying to fly back home from his geology and archaeology tour in Iraq earlier this year.

“The statutory punishment for his alleged crime is execution,” his family said.

The detained Briton’s children – Joshua and Leila – and Leila’s husband Sam Tasker have launched the petition calling for the same.

“Whilst on the tour, our father visited historical sites around Iraq, where his tour group found fragments of stones and shards of broken pottery in piles on the ground,” it said.

“These fragments were in the open, unguarded and with no signage warning against removal.

“Tour leaders also collected the shards as souvenirs at the site in Eridu. Tour members were told that this would not be an issue, as the broken shards had no economic or historical value.”

It added: “We think that our father may be put on trial the week commencing 8 May, after Eid in Iraq.

“We have days to save him before sentencing and we need the Foreign Office to help by intervening in his case now.

“Our lawyer has drafted a proposal for cessation of the case and the immediate repatriation of our father, which requires the backing of the Foreign Office to put to the Iraqi judiciary.”

Mr Tasker, in a statement, explained: “Jim would often bring home small souvenirs from his trips to remember the journey by and share his experiences with us.

“To him this was no more significant than bringing home a small stone from the beach to remember a special family holiday. The items are widely agreed to be valueless.

“This is the offence that now sees my father-in-law facing a potential death sentence under article 41 of the Iraqi artefacts law no.55, of 2002.”

Mr Tasker said Mr Fitton and a German man on the trip were arrested after the group’s baggage was checked at the airport, with 12 shards said to have been recovered from his luggage.

The incident took place on 20 March and a serious illness to the group’s tour guide was also reported.

Mr Tasker is a constituent of Ms Hobhouse, who has raised the case in the House of Commons and urged ministers to respond to the “incredibly serious” issue.

“The situation surrounding Jim Fitton and his German counterpart is deeply worrying and my thoughts are with them and their families during this difficult period. It is impossible to imagine the concern and worry that Jim and his family are going through,” she said.

“From speaking with Jim’s family it is clear that he would not intentionally disrespect or appropriate the rich and fascinating culture of the region.

“I have written to the Foreign Office, been in touch with the consulate support services, and contacted the minister’s office directly but so far the response has been disappointing.

“Jim’s lawyer has advised that an intervention from the British Government will make a difference in this case. That is why I am urging the Government to intervene to make Jim’s release more likely.

“I am committed to doing everything I can by working with the Government to secure the release of Jim who has been so questionably detained in Iraq. Jim and his German counterpart must be returned safely home to their families.”

A Foreign, Commonwealth and Development Office spokesman said: “We are providing consular support to a British national in Iraq and are in contact with the local authorities.”

Foreign Office minister Amanda Milling said in a letter to Ms Hobhouse on Thursday: “We understand the urgency of the case, and have already raised our concerns with the Iraqi authorities regarding the possible imposition of the death penalty in Mr Fitton’s case and the UK’s opposition to the death penalty in all circumstances as a matter of principle.”