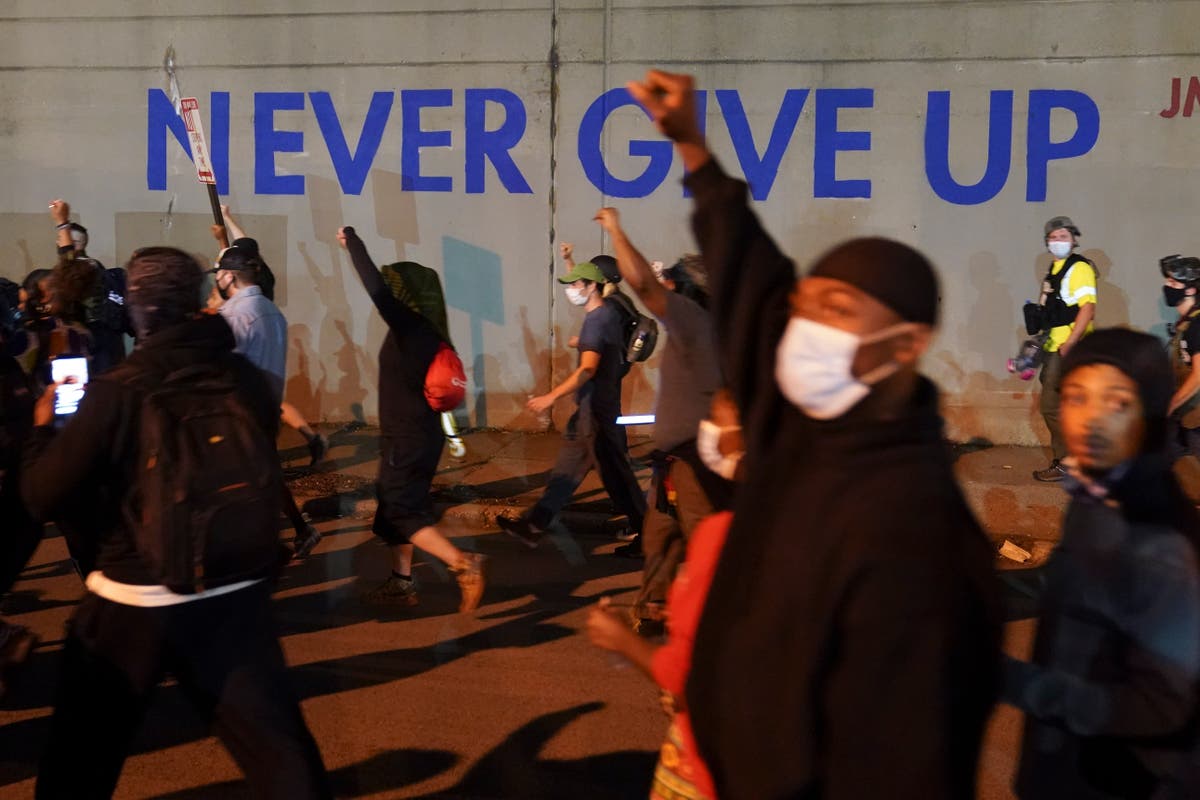 Louisville activists put in long hours on phones and in the streets, working tirelessly to call for arrests in the fatal police shooting of Breonna Taylor — but it was mostly two years filled with frustration.

This week they saw their fortunes suddenly change, when U.S. Attorney General Merrick Garland announced federal charges against four officers involved in the March 13, 2020, raid that ended in Taylor’s death.

After a series of disappointing setbacks, the charges brought a welcome sense of relief.

“It is such a weight lifted,” said Sadiqa Reynolds, president of Louisville’s Urban League, who has advocated for Taylor’s family and led protest marches. “What this decision yesterday did is to begin lifting the cloud that had been hanging over us.”

The indictments represent the first time Louisville police officers have been held accountable for Taylor’s shooting death in her home. Most of the new charges center around the faulty warrant that led officers to Taylor’s front door.

The 26-year-old Black woman was shot to death after officers used a battering ram to knock down her door during a search for drugs. None were found. Taylor’s boyfriend fired a defensive shot that hit one of the officers as he came through the door. The boyfriend later said he thought the officer was an intruder. Several police officers returned fire, striking Taylor multiple times.

The spring and summer of 2020 became a time of reckoning over how police treat Black communities. Protesters shouted Taylor’s name along with that of George Floyd, a Black man who died from suffocation three months after Taylor when a white Minneapolis police officer kneeled on his neck.

Last year, federal officials brought civil rights charges against four officers in Floyd’s death and federal hate crimes charges against three white men involved in the death of Ahmaud Arbery, a Black Georgia man killed in February 2020. All were convicted of the charges in February of this year.

When that happened, “we celebrated, but there was a part of us that felt like we never got anything like that in Louisville,” Reynolds said Friday.

In Breonna Taylor’s case, the officers who fired the fatal shots were not involved in the warrant’s creation and didn’t know it was faulty, Garland said. The two officers who shot Taylor were not charged this week.

Jaynes and Meany both knew the warrant used to search Taylor’s home had information that was “false, misleading and out of date,” the indictment says. Both are charged with conspiracy and deprivation of rights. They and Hankison are facing a maximum sentence of life in prison. Taylor family lawyer Ben Crump said Goodlett has pleaded guilty to a lesser charge.

The warrant used to search Taylor’s apartment alleged that she was receiving packages for a suspected drug dealer who was a former boyfriend. Investigators later learned that Jaynes had not confirmed any package deliveries with the postal inspector.

Hankison was the only officer charged Thursday who was on the scene the night of the killing. He was indicted on state charges in 2020, but they were related to bullets he fired that nearly hit Taylor’s neighbors. He was acquitted in March of wanton endangerment. The new federal indictment charges Hankison with excessive force for firing into Taylor’s and a neighbor’s apartments.

Kentucky Attorney General Daniel Cameron, a Republican running for governor, has been the target of many protesters’ ire since he announced in September 2020 that only Hankison would be charged.

During a 2020 news conference to announce a grand jury’s findings, Cameron said jurors “agreed” that homicide charges were not warranted against the officers, because they were fired upon. That prompted three of the jurors to come forward and dispute Cameron’s account, arguing that Cameron’s staff limited their scope and wouldn’t let them consider harsher charges.

“The federal government had the guts to do what Daniel Cameron did not,” said Lonita Baker, one of the Taylor family’s attorneys. “The malfeasance that the Kentucky Attorney General’s office showed in this case shows that his political career needs to end now.”

Cameron said this week that some “want to use this moment to divide Kentuckians, misrepresent the facts of the state investigation and broadly impugn the character of our law enforcement.”

“I won’t participate in that sort of rancor,” he said in a news release. “It’s not productive.”

Another longtime activist, Tamika Mallory, moved to Louisville along with members of the social justice group Until Freedom more than two years ago when she heard about the Taylor case from Crump. Her goal was to bring attention to Taylor’s death at a time when the growing coronavirus pandemic was dominating headlines.

“We needed a movement on the ground here,” said Mallory, who relocated from New York.

On Thursday, minutes after the indictment was announced, she was speaking at a downtown park that was the launching pad for hundreds of days of protests after Taylor’s death. Protesters had renamed it “Injustice Square.”

“There were many people who tried to tell us that we were wasting our time,” Mallory said. But we knew “we still had a fallen soldier that will never come back in Breonna Taylor.”

In Kenya, the arts industry pushes youths to care about elections