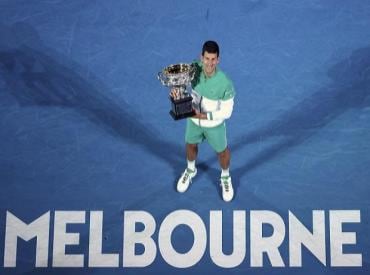 World no.1 tennis player Novak Djokovic is waiting to hear whether Australia will seek to cancel his visa for a second time, after being released from immigration detention three days ago when a court ruled he could stay.

Australia’s Immigration Minister Alex Hawke faces a tight timeframe to decide whether to exercise his power to cancel Djokovic’s visa, as the Australian Open, the year’s first tennis major, is due to start on Monday.

Following is an explainer on what could happen next, based on what Djokovic has said and information from two immigration lawyers, Maria Jockel, Global and National Immigration Leader at BDO Migration Services, and Jordan Tew, a partner at Hannan Tew Lawyers.

Is there a timeframe for the minister to make a decision?

Legally, no. However if he is concerned about Djokovic being a threat to public health, then he would want to make a decision as soon as possible, “certainly before the Australian Open begins”, Tew said.

On what grounds could Djokovic’s visa be cancelled?

The immigration minister has the right to exercise his personal power to cancel a visa if he deems it would be in the public interest to do so.

Possible grounds under the Migration Act 1958 include if the decision to grant the visa was based in part or entirely on a particular fact or circumstance that is no longer the case or did not exist, or the holder’s presence in Australia might be a risk to the health or safety of a person, a group of individuals or the Australian community.

Tew said if the minister cancels Djokovic’s visa, it would most likely be on the same grounds that his visa was initially cancelled – “being that his presence is or may be a risk to the health, safety or good order of the Australian community”.

Have Djokovic’s admissions made his case harder to defend?

Djokovic said on Wednesday that his support team submitted his Australian Travel Declaration on his behalf and made a mistake about whether he had travelled in the 14 days before coming to Australia.

Djokovic’s disclosure of the error is “a serious breach”, Jockel said. Djokovic also said that after he had tested positive for COVID-19 on Dec. 16 in Belgrade, he attended an interview with a journalist from French sporting publication L’Equipe and shook hands with other people.

“Let’s see what follows from this disclosure also, but it doesn’t look good on any view,” Jockel said.

For entry to Australia, is past infection grounds for exemption from Covid-19 vaccination?

While Djokovic met the Victoria state medical exemption requirements to be able to play in the Australian Open, under Commonwealth entry requirements into Australia, past infection alone is not considered a medical reason not to receive a vaccination.

Djokovic would have to provide medical evidence that he cannot receive a COVID-19 vaccine due to a medical contraindication or an acute medical illness, including whether a person has been diagnosed with COVID-19.

“On the basis of the information that is available in the public domain, it appears that he does not meet the Commonwealth requirements to be considered an ‘eligible visa holder’ for entry to Australia,” Jockel said.

What happens if the minister decides to cancel his visa?

Could this go to court again?

Yes. If the minister cancels Djokovic’s visa and does not accept any further representations made by Djokovic, the tennis star could go back to court to challenge the lawfulness of the minister’s personal exercise of power to cancel his visa.

If he does not go to court, he would have to make arrangements to leave the country or he would be deported.

If it does go back to court, Tew said it was unlikely to be resolved before the Australian Open.