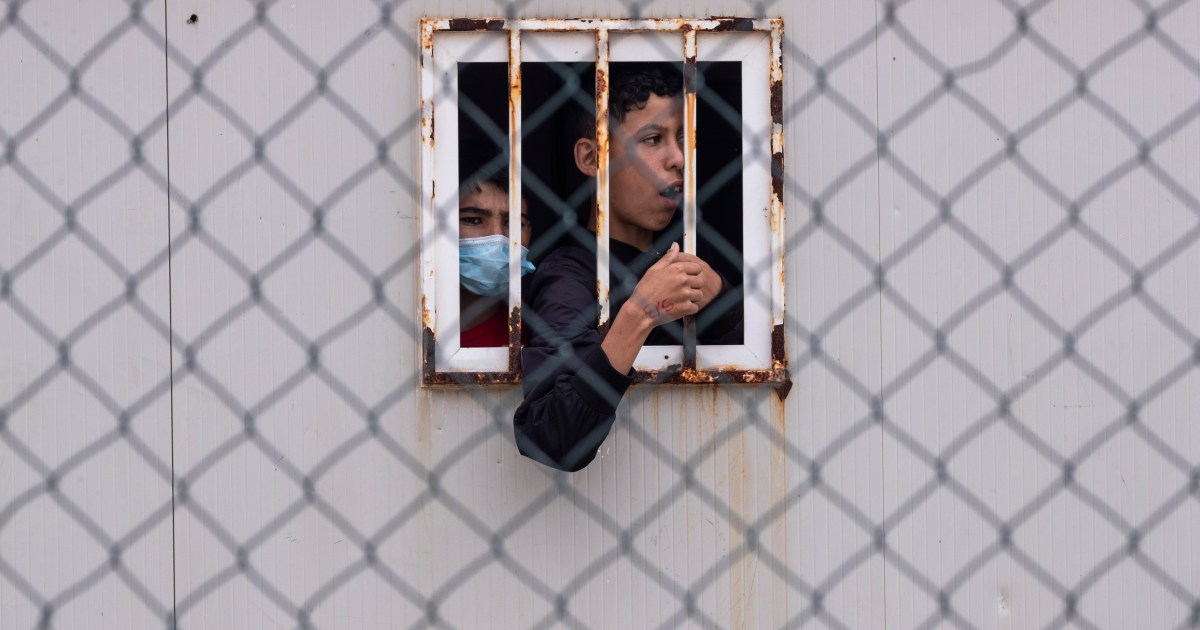 Ceuta, Spain – The borders between Morocco and the Spanish enclaves of Ceuta and Melilla opened once again at the end of May after a two-year closure due to the coronavirus pandemic.

To cross, legally, takes only a few minutes – but the wall between these territories, which lie approximately 385km (240 miles) apart by road, marks the dividing line between Africa and the European Union.

From the elevations of the Moroccan border town of Fnideq, you can see directly into Ceuta; for many refugees and migrants, it is a glimpse of a totally different world, where they believe they can reach their dreams.

Nearly 12,000 people crossed into Ceuta on May 17 and 18 last year, taking advantage of Moroccan authorities turning a blind eye to the crossings as the relations between Morocco and Spain deteriorated. About 1,500 of them were minors.

Spanish media and authorities dubbed the flows an “invasion”, but the influx was largely the result of a build-up that had been generating over the previous two years, as COVID-19 hit the region’s economy hard and the border between Morocco and Spain remained closed.

That closure particularly impacted the 80,000 inhabitants of Fnideq, the majority of whom lived directly or indirectly off the trade with Ceuta, leaving residents struggling financially.

Many families have turned to their young men to survive, hoping that they will be able to find work in Spain or other parts of Western Europe.

That was the case with Yusef, a 19-year-old Moroccan from Fnideq, who shared his story with Al Jazeera on condition of anonymity, using a pseudonym.

Yusef said that he entered Ceuta in 2017 when he was 15. In accordance with Spanish immigration law, he was fostered by the city of Ceuta, and sheltered until his 18th birthday within the main juvenile centre. But most minors who cross the border do not stay at the centre like Yusef, they are instead homeless.

The NGO No Name Kitchen said that at least 50 minors were currently living without shelter or access to food and hygiene facilities. Ceuta’s local administration denied it and said it had “no record of any minor living on the street”.

“A [Moroccan] child who migrates [to Ceuta] alone, is seen primarily as a foreigner, and then as a child,” said Joana Millan, who works for Maakum, an NGO that works with unaccompanied refugee and migrant children in Ceuta. “All the rights they have as children are being violated, such as the right to have a dignified life.”

Millan said there were few public services available to help these children, and that they had to go to school at separate times of the day from other children.

In 2017, as Yusef was living in the minors’ centre, he was subjected to an “age determination” test – which uses various methods to estimate a person’s age – which he said wrongly established his birth date.

Although the birth date he got was only eight days away from his actual birth date, it was the beginning of Yusef’s journey across the irregularities of the EU’s migration system.

Spain’s age assessment procedures have been found to violate the United Nations Convention on the Rights of the Child, and also hamper the children’s right to receive residency once they turn 18.

Yusef, despite living at a minor’s centre for three years before his 18th birthday, has had his residence permit repeatedly delayed due to the error on his age determination result in 2017, when his residency application began.

That is despite Spanish law dictating that foreign unaccompanied minors have the right to be granted legal residency in Spain after staying for at least three months in a minor’s centre.

Yusef hopes that the bureaucratic hurdles he faced have been overcome, and expects to get his residency within the coming month – unless there are more delays.

In response to questions from Al Jazeera on the procedures the city of Ceuta had followed when dealing with Yusef and cases similar to his, the deputy head of the local authority, Maria Isabel Deu, said that the government had established a study group to re-assess the age determination tests following a UN recommendation.

Deu also denied that there had been any irregularities regarding the granting of residence permits and claimed that authorities were working on new programmes to address any delays.

For Yusef, the long process has had a serious effect on his mental health, as he watched from a distance as one of his best friends crossed to the mainland and successfully settled in Valencia, while he remained trapped.

Yusef, who lives at a centre for adult refugees and migrants while he waits for his residency, said he locked himself in his room and stopped eating in despair over his future.

The now 19-year-old claims to be thinner than ever, showing older photos of himself before he was trapped in Ceuta.

Although the border between Morocco and Spain has officially reopened, the old days of relatively easy access for Moroccans seem to be over.

Before the start of COVID-19, about 13,000 people crossed the borders of the Spanish cities of Ceuta and Melilla every day, according to Spanish police.

Moroccan residents of the provinces of Tetouan and Nador, which border Ceuta and Melilla respectively, used to be able to access the cities without a visa as part of an agreement.

This meant that relatives could visit Moroccan minors living in Ceuta, who could also return to Morocco with their families if they wanted to.

But, even with borders now reopened with COVID-19 restrictions lifted, travel back and forth is no longer as easy as it once was, with the Spanish authorities using the closure as an opportunity to reset Ceuta and Melilla’s border policies.

A member of the Spanish Government Delegation – a body that represents Spain’s central government – in Ceuta confirmed to Al Jazeera that “the border will no longer be the same as before”.

The member, who did not want to be named in this article, said Moroccans living in areas near Ceuta and Melilla would now require additional documentation, such as health insurance or bank statements, to cross the border.

This means the teenagers stuck in Ceuta are even more trapped now, and the anxiety has led some to self-harm.

According to No Name Kitchen volunteers, nearly all the unaccompanied minors they dealt with had cuts on their arms.

Despite that, it has been difficult for the teenagers to access care, with one saying he had been denied treatment at a mental health unit and told it would not treat “undocumented people” like him.

These young people’s distrust and fear of the authorities have led many to sleep rough on the streets, preferring that to the official shelter.

Many of those, like Yusef, who followed the official procedures have found their legal pathway to mainland Spain often severely delayed.

“The legal status of Ceuta makes it cease to be Spain in certain aspects,” argued Millan. “The rules of the state are not followed, and this allows it to turn into a prison.”

‘Enough is enough’: Thousands take to the streets across the US demanding action on gun laws