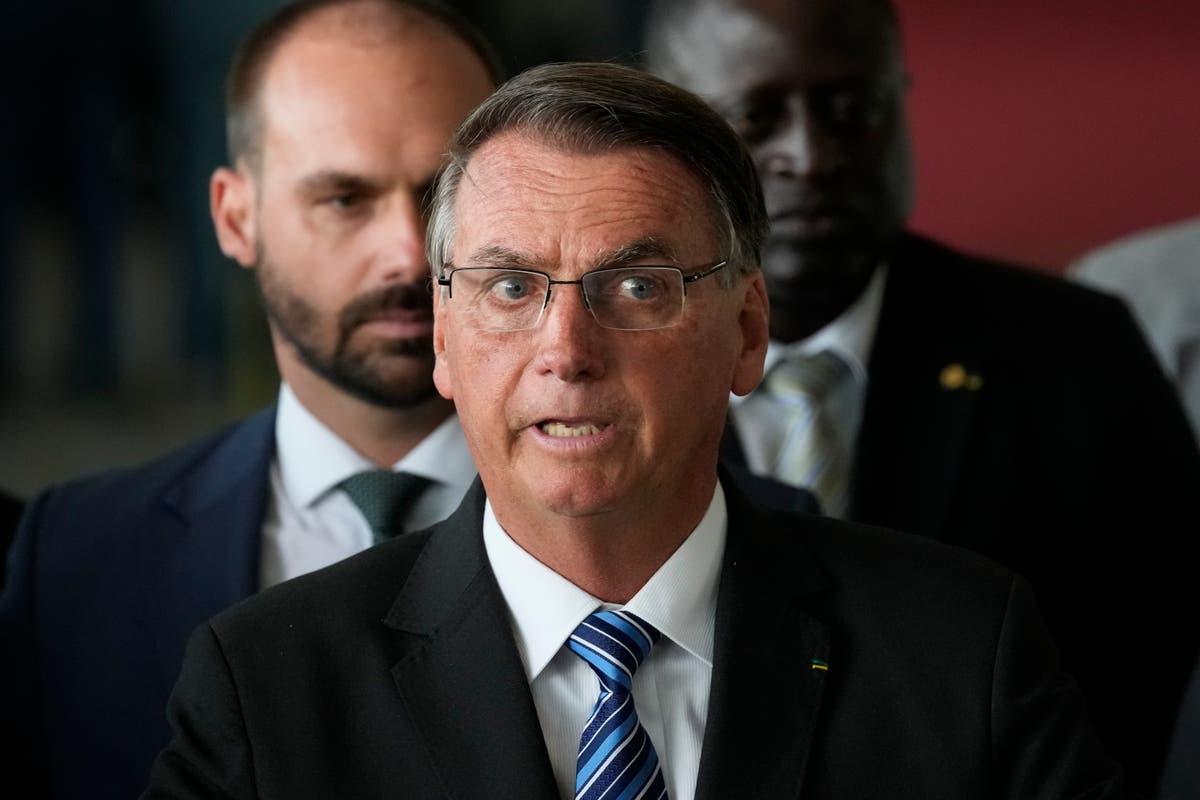 Three weeks after losing the election, Mr Bolsonaro has demanded that the electoral authority annul votes on many electronic voting machines, which he claimed had a software bug.

In a complaint filed by his lawyer, the former president and army captain has alleged “irreparable non-compliance due to malfunction” in voting machines, calling into question the authenticity of the results.

Marcelo de Bessa, the lawyer for Mr Bolsonaro and his Liberal Party, said annulling the votes would leave the former president with 51 per cent of the valid votes and ensure his re-election win.

Last month, Lula won by a narrow margin with 50.8 per cent of votes to Mr Bolsonaro’s 49.2 per cent. Mr Bolsonaro had issued comments after the election, but has not conceded.

The new president’s inauguration is scheduled to take place on 1 January next year. Lula last served as Brazil’s president from 2003 to 2010.

An evaluation conducted by the Liberal party and an auditor hired by them revealed that all machines dating before 2020, which accounted for about 59 per cent of the total used in the elections, lacked individual identification numbers in internal logs, party member Valdemar Costa told reporters.

While neither the party, the auditor nor Mr Costa gave details on how that might have affected election results, they said they wanted the electoral authority to invalidate all votes cast on those machines.

Alexandre de Moraes, Brazil’s election authority head, said the court would not consider the complaint unless the party offers an amended report within 24 hours.

The report is required to include results from the first electoral round that was held on 2 October, in which the Liberal Party won more seats.

The former president has previously claimed for months that Brazil’s voting system is faulty but has not presented any evidence to support his claim.

Pay transparency is a step in the right direction